Wargaming for the New Great Game 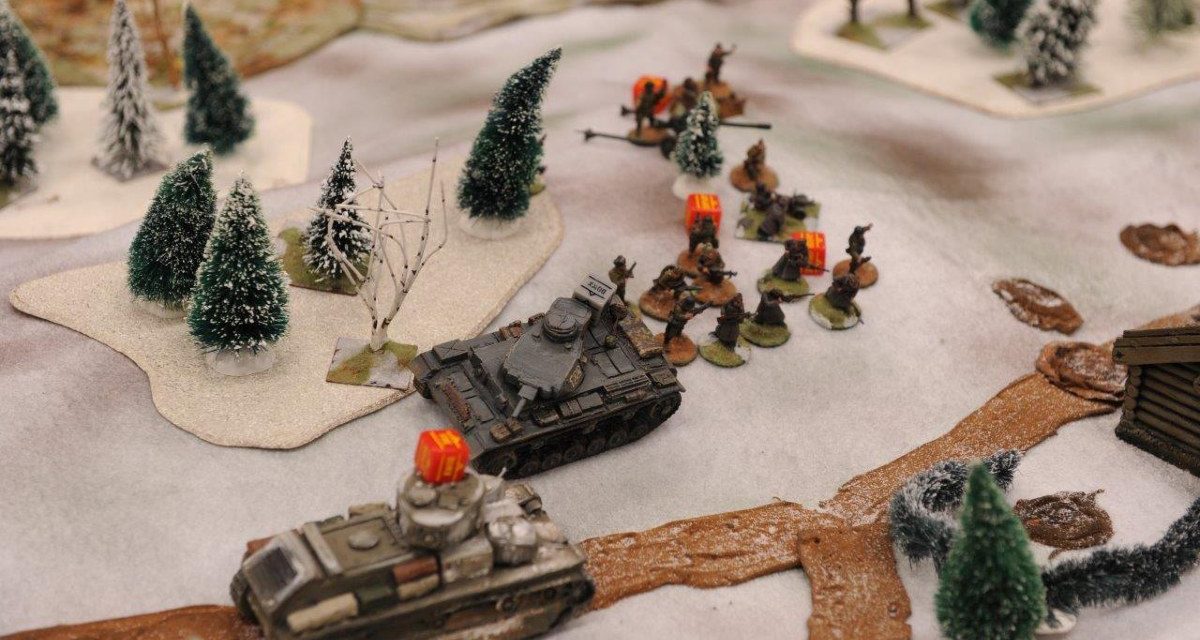 In the opening days of the Iraq invasion in 2003, then secretary of defense Donald Rumsfeld infamously quipped, “You go to war with the army you have, not the army you might want or wish to have at a later time.” The offhand remark ignited indignation, but the United States had the Army it wanted. This Army won in the opening days of the Iraq War and excelled in the preferred American way of war—high-intensity combat underpinned by cutting-edge technology.

But this style of warfare is infrequent and brief. Despite the US military’s institutional preference on preparing for conventional conflict, irregular warfare (IW) remains the most prevalent form of warfare since 1945. This trend shows no signs of change in the twenty-first century. The United States cannot opt out of these messy wars, and must be ready for irregular warfare in the conflicts of the future.

Unfortunately, the United States’ primary force for irregular warfare, the US Army, is anything but prepared. Retired Lieutenant General Charles Cleveland, former commander of Army Special Operations Command, argues that the American military lacks a proper conceptual and structural basis for irregular warfare. Further, the Army fails to adequately educate or prepare for this type of conflict. Put simply, the US Army is not particularly good at, does not prefer, and does not care to think about IW regardless of the mandate of the Irregular Warfare Annex to the current National Defense Strategy.

The Army faces two challenges in preparing for IW conflicts: a substantial cultural preference for conventional warfare and a need for new concepts, strategies, and approaches to IW. Both of these challenges can be addressed through tailoring wargaming to hone IW competencies within the force. While wargaming alone will not deliver these solutions, events designed to explore irregular warfare systems will help develop better models to understand issues, opportunities, and constraints.

Wargaming also opens players’ minds. Despite thoughtful caveats about the lack of empirical studies on wargaming’s effectiveness, the Department of Defense widely accepts wargaming as important for developing and testing concepts and training leaders. Wargaming has enjoyed a recent renaissance, partially because of top-down emphasis. Wargaming experts Peter Perla and E. D. McGrady argue, “Wargaming’s power and success (as well as its danger) derive from its ability to enable individual participants to transform themselves by making them more open to internalizing their experiences in a game.” They explain that wargaming provides “synthetic experience through stories” and increases empathy in the players. Wargaming also boosts receptivity to new options in a way that other forms of learning do not. The psychological experience of the game itself leaves players more open to new, creative, and unexpected ideas and outcomes.

We recommend that professional military education and operational forces make four adjustments to IW wargaming. These changes will increase receptivity to new ideas among players while simultaneously developing and refining concepts to leverage the full range of IW capabilities in “creative, dynamic, and unorthodox ways.”

Focus on the Narratives

In irregular warfare, narratives carry the day. Narratives describe how individuals experience the world around them and then communicate that information to others. The Department of Defense has enormous blind spots in understanding how adversaries interpret our actions and spin new counternarratives.

Each party to a conflict comes with its own narratives. Robert Rubel, who chaired the Naval War College’s Wargaming Department, notes that participants routinely fail to connect the political and military aspects of the game. Unfortunately, this often results in unnecessary and costly escalations.

Russia successfully employs narrative as part of its IW campaign in the Baltics. There, a sophisticated Russian propaganda offensive drives wedges between various ethnic and cultural groups. Further, a combination of disinformation and cyber efforts in Baltic countries undermines citizens’ trust in Baltic government and security institutions. Successful employment of narrative requires adjusting the approach to resonate with the target audiences; a single blanket message would not work. IW wargames must force players to grapple with and employ narrative as a key component of their IW approach.

The Syrian Civil War provides an example of the complex array of actors involved in IW. To secure its interests, Russia must support the regime of Bashar al-Assad, defuse friction with Turkey, partner with Iran, defeat ISIS, and isolate the United States. No wargame could responsibly model the Syrian conflict without these and other players competing and seeking to advance their own objectives.

Unfortunately, US wargames understate the complexity of these types of situations. Once third-party players begin to outnumber friendly and enemy players, the games will begin to represent IW’s complexity. Attempts to accomplish this type of wargaming are nascent, but they do exist. The work done by Lieutenant Colonel Arnel David and Dr. John De Rosa on gaming narratives in the Baltics provides an example of what this type of approach would entail.

Whole-of-Government cannot be Controlled by the Military

Wargames are too military-centric. While the military aspires to a whole-of-government solution to population-centric conflicts, wargames rarely reflect this aspiration. Too often, the military assumes a degree of latitude not representative of real-world constraints. Expanding interagency and coalition teams in wargaming is one way to ensure more instruments of national power are realistically incorporated, rather than simply assumed.

Games Should Seek a Position of Continuing Advantage

Successful strategies in an actual irregular warfare conflict create conditions favoring long-term success, rather than the achievement of discrete military objectives. Irregular warfare–oriented games should employ an approach tailored to the scenario and avoid an emphasis on specific, traditional military outcomes. Though military objectives will still play a role, the use of the military instrument must be fully integrated with other activities intended to create favorable conditions for successful military actions.

The observation that “culture eats strategy for breakfast“ is particularly true when the culture in question is centuries old and an organization’s members are naturally inclined to resist change. Strict military hierarchy serves to reinforce this resistance to change as it thwarts creativity and innovation among its members.

Commentators on national security have routinely criticized the Department of Defense’s relative neglect in institutionalizing the capabilities and education necessary to meet irregular warfare’s challenges. Wargaming alone will not deliver these solutions. However, events designed to explore irregular warfare systems will help develop better models to understand issues, opportunities, and constraints. Narratives developed in such political-military games generate and promulgate insights. These events can spark hard thinking about future challenges and requirements.

Replicating IW is hard. As compared to conventional conflicts, IW campaigns will often play out over months and years. Fortunately, new wargaming tools offer promise to unlock new IW concepts and shift perceptions of IW. These tools can take many forms: for example, planning wargames as asynchronous, multiday events would leverage the time between turns to stimulate creativity and new IW concepts. Similarly, transitioning to a virtual format for some types of wargames not only can add more nuance to the scenario, but can make participation more accessible to tactical and operational decision makers across the force who may not normally have the opportunity to engage in these exercises. Increasing distributed, scalable, and easily manipulated irregular warfare wargames both for the operational force and at all levels of military education will not only promulgate new concepts and shift mindsets about irregular warfare, but will better prepare the entire defense apparatus to approach the contemporary security environment in dynamic and innovative ways.

Tom Nagle is a retired Army strategist. He is the creator of WarPaths, an online platform for designing and conducting distributed, asynchronous matrix wargames, which applies the concepts discussed here. He holds a PhD in government (international relations) from Georgetown University and is a West Point graduate.