The Watch and The Pen: The Strategist’s Two Tools 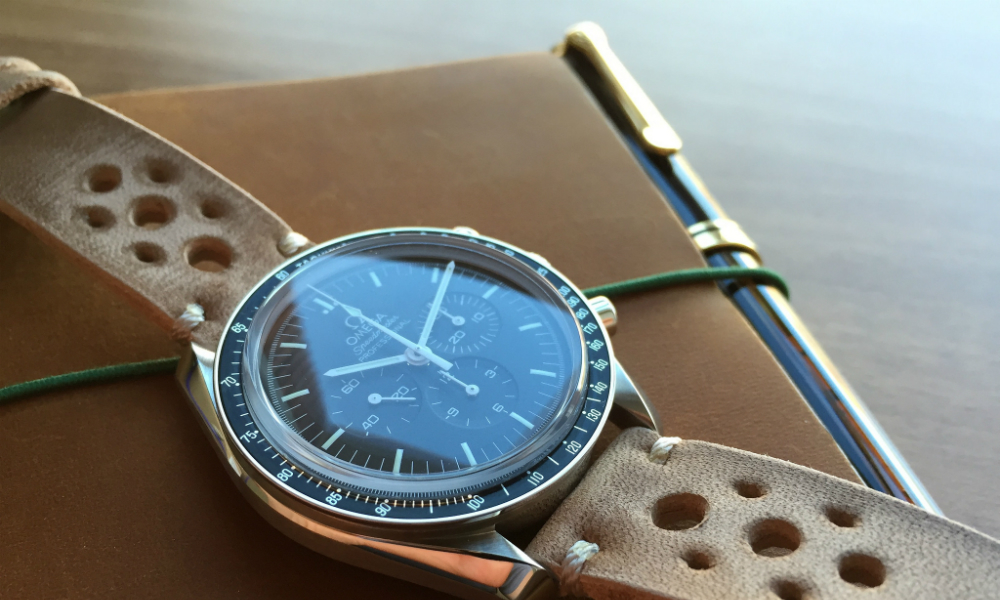 It was surreal to watch. Here I was, sitting near someone at a conference I’d admired from afar as a strategist, a titan in the academic and policy worlds—and there he was, plugged into every conceivable Apple product on the market: first, the laptop for emails; next, the iPad for news; third, the iPhone for immediate engagement with social media’s ceaseless drumbeat of dings.

This particular person, I have no doubt, has the intellectual bandwidth to maintain a connection with his real-world environment while simultaneously immersed in a virtual one. But not all are so blessed. For most, these devices take us out of place, out of time, and away from people, all of which the strategist must feel intimately—because to be timeless, placeless, connectionless is to set up shop in an astrategic fantasy world. However, those for whom virtual immersion does erode engagement with the real world need not despair. There’s hope—we know how to flip this script and ensure we are, as strategists, active consumers and producers of valuable goods (in our trade, that means an anticipator, designer, and facilitator of security decisions). Because one must never forget the strategist’s true weapon is the mind—to engage it, the strategist requires only two tools: The Watch and The Pen.

The Watch symbolizes and keeps time, a non-renewable resource, of which Napoleon famously said, “I may lose a battle, but I shall never lose a minute.” Many today have forgotten this dictum, and a widely-respected survey found average users reach for their smartphones every fourth minute of the day (Imagine if, daily, a shortish, French accented man in a funny hat interrupted your train of thought 221 times?). This represents a loss not only of that minute, but corrodes the focus of the other three as well through the “impact of constantly shifting our attention” on our “ancient brains.” When dependencies rise, so do vulnerabilities. And strategists’ societal role is simply too important to succumb to this digital blockade which walls off critical thinking capabilities. By dropping such harmful, fractured focus tech in favor of a simpler, older mono-technology, The Watch, a tool that does not detract from concentration—one can better manage their most crucial wasting asset (time) and be more efficient with work. So buy an actual watch that tells you the time. Nothing else. That’s it. Nothing fancy.

The Pen doesn’t have to be fancy either, as it symbolizes and makes communication—the expression of initial ideas, constructive criticism, and clear-eyed commands. In 1920, TE Lawrence wrote, “The printing press is the greatest weapon in the armory of the modern commander.” Unfortunately, today’s writing technology comes preloaded with distraction—while many apps and programs and other digital writing tools are potentially far-reaching, this magic comes with a price: your focus. As one particularly reflective, 28-year-old Silicon Valley techie noticed, “The best minds of my generation are thinking about how to make people click ads.” Yet, in this case too, older can be better, as in at least one important domain (school), research has demonstrated the superiority of handwritten notes over the digital variety. Strategists should note the plain, boring, aged mono-tech, The Pen, has a distinct advantage in that it will not whittle away attention (Sharpies don’t come with click ads)—so as to better manage the most crucial wandering asset (other people) to coordinate for effectiveness.

Admittedly, once ideas, criticisms, and commands have been worked out with the precision of The Watch and the concision of The Pen—they will have to be transformed and uploaded into whatever distraction-prone transmission system is currently in vogue. This does not change the analysis above, or the concept which guided it: A tool should be a simple as it needs to be to get the job done, but not any simpler. The Watch and The Pen work, because they work.

Perhaps strategic thinkers might profit from an Iron Law of the Strategist’s Toolkit: The quality of the tool is inversely proportional to its ability to extract attention. Tools that extract, control, or co-opt attention are beneath bad (smartphone = dumb strategy), while tools that enhance, create, or encourage focus are extraordinarily exceptional (dumb pen = smart strategy).

While the mundane and inexpensive are easily overlooked, they can be immensely powerful (consider concrete, the battlefield’s most effective weapon). The Watch and The Pen fall into this category, which is why so many have forgotten their virtues. Strategists would do well to remember these two as stocking stuffers for the coming holidays.