We Should Treat Disinformation as a Shaping Operation—Because It Is 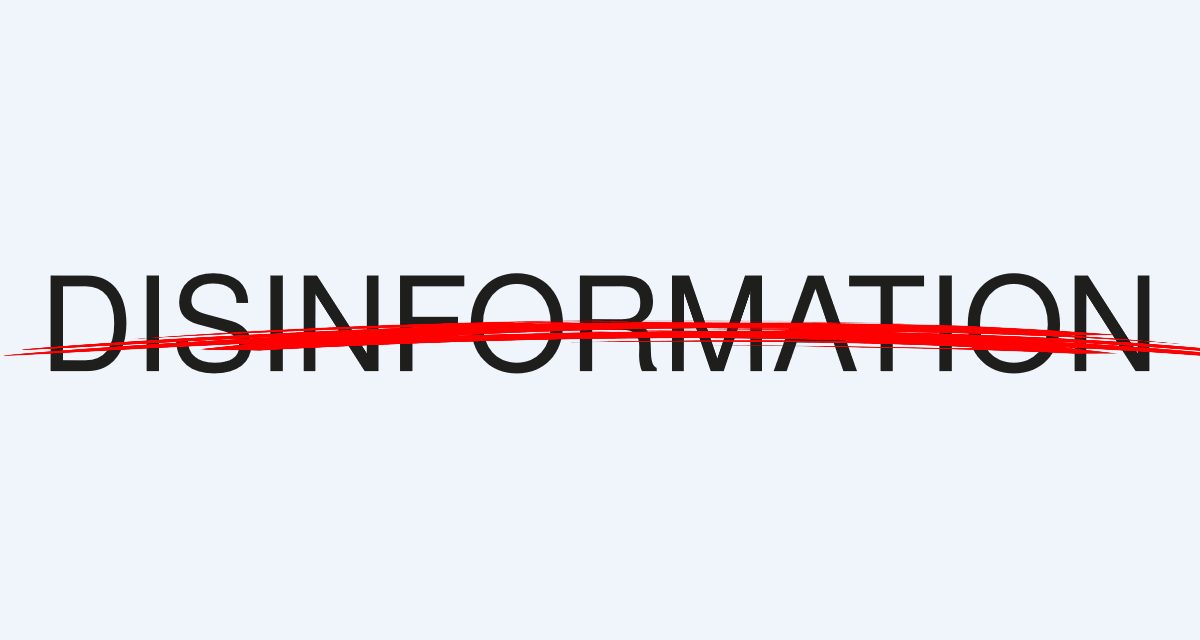 Disinformation has become the new standard for shaping conflict environments. Great power rivals are reaping the benefits of instability and the fractured faith in our institutions that it has caused. It is difficult to put too fine a point on it: the United States is mired in a pre-conflict, shaping operation—an operation whose goal is undermining the legitimacy of our systems and, ultimately, speeding our departure from the pinnacle of world influence. Recent years have served to unveil the depth and vulnerability of our bureaucratic systems to such disinformation. With the coming change in administration, now is an opportunity to re-energize energized a policy emphasis aimed at restoring the credibility of institutions, strengthening the security architecture against foreign actors, and seizing the initiative from adversaries who seek to derail our tenuous grasp on world leadership.

The Absence of a Genuine Policy Brought Us Here

Interference and disinformation from adversaries remain a bet-worthy reality going forward. Redefining the information space as a formal domain of warfare is one step that can be taken to truly make it a policy priority—just as surely as the disinformation campaigns of malicious actors have affected the United States and partners of late, they are certain to grow in complexity and virulence going forward.

As strange as it may seem, the core of US counter-disinformation (CDI) policy is a simple amendment insertion into the 2017 NDAA, titled the “Countering Foreign Propaganda and Disinformation Act.” This act merely reflects a Cold War–era government propaganda buttress, and fails to codify necessary means of identifying, preventing, and insulating against concentrated foreign actors in our institutions.

While the 2018 National Defense Strategy set in motion the titanic effort to realign the defense enterprise for great power competition, a notable absence in the strategy’s outline is the reality that disinformation presents a tremendous threat to national security. Making counter-disinformation a priority would affect a variety of critical factors in the bureaucracy of the United States and its national security architecture. Certain efforts within the US security construct skirt this challenge, like the Air Force’s continued development of the Advanced Battle Management System at the center of a new Joint All-Domain Command and Control architecture for safeguarding warfighting data across the full spectrum of operations. Yet what is necessary, now and henceforth, is to treat shaping operations such as disinformation as viable threats to our national security.

The typical life cycle for the National Defense Strategy is four years, and the current NDS reflects a broad range of issues that, simply, made everything important. Not only is the world rapidly changing on a constant basis, but the time to adapt the defense enterprise for relevant threats is now. In the case of disinformation and shaping operations, adversaries like China are already practicing information-driven means of resetting the world order. The Defense Department has implemented doctrine against military-specific information operations, including computer network operations, psychological operations, military deception, and electronic warfare. Yet if these considerations remain under the perceived purview of being solely a “military” problem, our nation remains vulnerable at all levels.

To be clear, this is not to suggest that there should be a federal institution aimed at controlling domestic information or filtering international information for public consumption, much less an effort to shape domestic opinion. The last thing this country needs is a manifestation of George Orwell’s “Ministry of Truth.” It is clear, however, that US national security must be strengthened against a modern threat vector. What follows are key points that will advance the capability of the national security enterprise to better defend against clear and persistent adversarial shaping operations that aim to subvert our institutions.

The first and most critical victim in adversarial disinformation is the trust between the citizens and the state. Americans get more and more of their news from social media than from traditional news sources and public information releases, which highlights the growing divide between the public and institutions that purport to serve the people—a divide that has grown over a variety of issues.

In order to dissuade further external influences, as well as rebuild that fractured domestic faith, the US government should overtly define and establish a policy that recognizes, formally and publicly, the actions of malicious actors abroad, in a transparent proclamation that resets the status quo. For too long, the perception of CDI is that such efforts belong in the murky world of the intelligence community, or even more problematically, as a military problem. The new administration would benefit tremendously from openly implementing formal policy that signals a direct, concentrated challenge to malicious actors in the information arena. Most importantly, it must be overt, and the goals must be clear and transparent for the American people.

Any policy that resets the US position on countering adversarial shaping operations cannot be achieved through the exclusive capacity of government mechanisms. We have seen facilitated a deterioration between public and private sector information security, highlighted by Google’s bid withdrawal from the JEDI program, a Defense Department cloud computing upgrade intended to insulate the military’s information systems. Oracle recently lost a messy legal dispute following the US government’s awarding of the JEDI contract to Microsoft. This highlights an unfortunate gap that has widened between Washington and Silicon Valley—a partnership that is critical in securing the information arena against hostile actors.

JEDI is merely a tool, for only one aspect of the national security architecture (defense). But it offers a launch point for further public-private collaboration. The information environment and its disinformation vulnerabilities affect both parties in this era of great power competition, therefore a policy that secures only one of the two is not viable. A model already exists that showcases the success of public-private collaboration—the space exploration partnership, which is presently flourishing and portends continued success in yet another critical arena of competition. The information security arena affects a far wider scope of the American society than the space domain (at present), and as such, should be a priority in fostering those public-private partnerships.

Allies and international partners have already been operating in a CDI paradigm for some time. Initiatives aimed at countering malicious actors have established protocols that fuse public and private expertise in locales like the European Union, which should serve as an input in the US implementation of its own such policy initiatives.

The United States would benefit tremendously from increasing partnerships in the CDI domain, specifically those designed to actively highlight activities of adversaries and promote awareness of these kinds of operations. A policy built on transparency and clarity that also signals a collaborative effort to unify democratic partners against the rising tide of disinformation is a critical component to rebuilding faith in our institutions and countering malign influences.

Through the Looking Glass

While a tentative sigh of relief is warranted as the election cycle winds down without the same degree of interference as 2016, the reality is that deliberate disinformation has become the new normal of international politics, and will remain a fixture in the future. The only change is the delicacy with which malicious actors have applied their methods, and the necessity for establishing a formal mechanism that deters disinformation as a shaping operation.

By adopting a formal, transparent policy that puts adversaries on notice, facilitates improved collaboration between public and private parties while safeguarding the privacy of citizens, and promoting improved coordination among democratic partners, the incoming administration will be able to seize the initiative and reduce the influence of malicious information actors.

Ethan Brown is a Senior Fellow at the Mike Rogers Center for Intelligence and Global Affairs at the Center for the Study of the Presidency and Congress. He is an eleven-year veteran of the US Air Force as a special operations joint terminal attack controller with six deployments to multiple combat zones. He can be followed on twitter @LibertyStoic.