What is Army Doctrine? 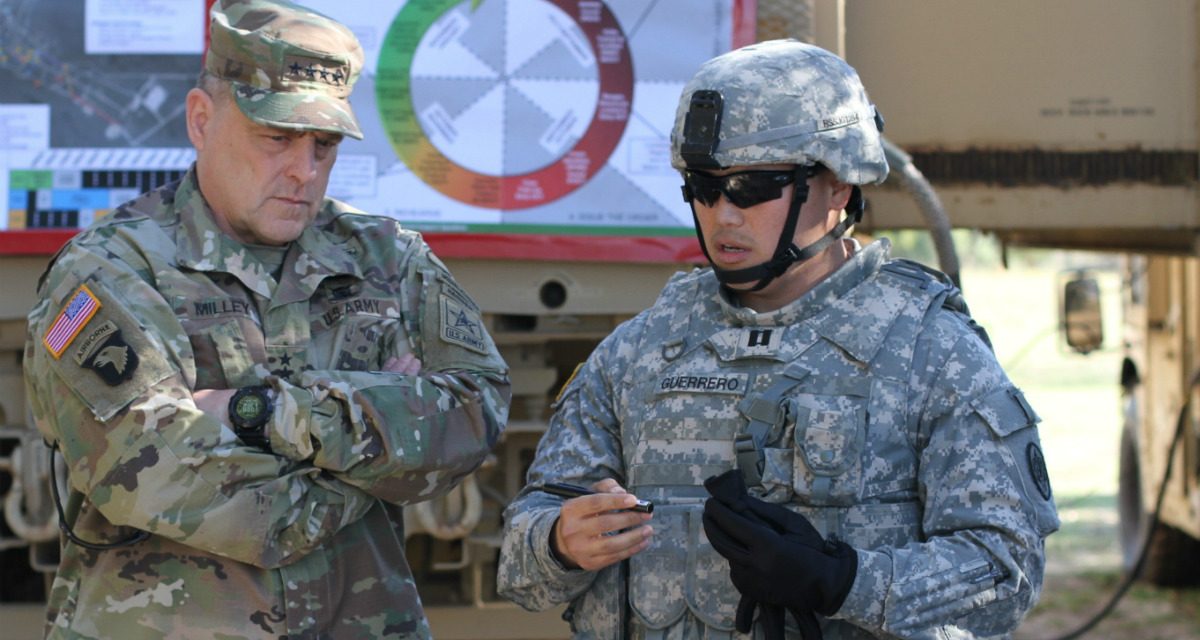 What is Army Doctrine?  It’s a simple question. But I’ve asked cadets, peers, and a few willing superiors and the range of their answers is surprisingly wide.  I also hear the term “doctrine” being used in as many different ways as the “hooah,” which depending on the context, tone and inflection of voice, and recipient can mean everything from “yes,” “tough,” “let’s go,” to “I really don’t like you.”  This should not be the case with doctrine and we (Army Professionals) should resolve this lack of clarity.

A quote attributed to a German officer during World War II shows the persistence of the Army’s ambivalence towards doctrine: “One of the serious problems in planning the fight against American doctrine, is that the Americans do not read their manuals, nor do they feel any obligation to follow their doctrine.”  While the lack of studying our own doctrine is a separate topic, the quote opens the conversation to the importance of doctrine in our professional military education.

The first step in learning doctrine should be understanding what it is. To find the “official” definition of doctrine, I turned to doctrine (pun intended).  Interestingly, there was an appendix titled “The Role of Doctrine” in the 2008 edition of Field Manual 3-0: Operations. The manual that replaced it includes only two paragraphs on the role of doctrine and the remainder of the material was moved to a new 64 page Doctrine Primer (ADP 1-01) that greatly expands the topic. The remainder of this article relies heavily on the short but detailed definition of the role and components of doctrine in the 2008 FM 3-0.

As a military term, Army doctrine is defined as the fundamental principles by which the military forces or elements thereof guide their actions in support of national objectives.

But doctrine is more than just principles.  It is a body of thought on how Army forces intend to operate as part of a joint force and a statement of how the Army intends to fight. It establishes a common frame of reference including intellectual tools that Army leaders use to solve military problems.  It is supposed to focus on how to think—not what to think.

Fredrick the Great once said “War is not an affair of chance. A great deal of knowledge, study, and meditation is necessary to conduct it well.”

Doctrine is frequently discussed in a negative way. A quote attributed to Marine General Jim Mattis is illustrative of this view: “Doctrine is the last refuge of the unimaginative.”  But quotes like these view doctrine as a set of rules that soldiers must follow.  This again is a misunderstanding of what doctrine actually consist of.

According to the old FM 3-0, doctrine consists of a) fundamental principles, b) tactics, techniques, and procedures, and c) terms and symbols.

Principles are not supposed to be checklists or constraining sets of rules. They are meant to foster the initiative needed for soldiers to be adaptive, creative problem solvers. They provide a basis for incorporating new ideas, technologies, and organizational designs.

Tactics are the employment and ordered arrangement of forces in relation to each other.

Techniques are non-prescriptive ways or methods used to perform missions, functions, or tasks.  They are the primary means of conveying the lessons learned that units gain in operations.

Procedures are standard, detailed steps that prescribe how to perform specific tasks.  They normally consist of a series of steps in a set order. Procedures are prescriptive; regardless of circumstances, they are executed in the same manner. They are often based on equipment and are specific to particular types of units.  A common set of procedures in the army include individual unit Standard Operating Procedure (SOPs).

Finally, doctrine provides a common language for military professionals to communicate with one another. This is particularly important under fire when information must be quickly and accurately transferred—and universally understood.

Terms with commonly understood definitions comprise a major part of the Army’s common language. When a mission is given to destroy, clear, or secure an objective there will should be shared understanding by all on the task to be completed.  And yes, doctrine includes our love of acronyms so that we can transfer a lot of information quickly.  “SP the AA NLT 1900 IOT cross the LD at 1930.” – got it?

Military symbols are our way of providing common graphical understanding of a myriad of information and provide another way to quickly transfer information.

Establishing and using words and symbols with common military meanings enhances communication. It makes a common understanding of doctrine possible. Doctrine provides the ability to take a sketch like the figure below to transfer a massive amount of information.  It enables soldiers to quickly identify the units involved, the main effort, all the missions, the exact tasks to be completed and much more. 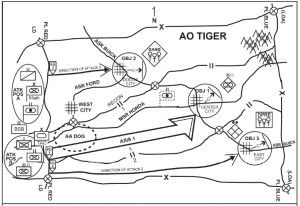 The importance of this common language cannot be overstated. It allows people from completely different backgrounds (social, regional, commissioning sources, etc.) to quickly learn a universal language. It enables the Army to communicate quickly even when there is a language barrier such as military international, multinational, non-government partnerships.

So the next time someone uses “doctrine” in a negative context, or states “that’s not doctrine,” push back and tell them they are wrong. Fredrick the Great once said, “War is not an affair of chance.  A great deal of knowledge, study, and meditation is necessary to conduct it well.”  Doctrine is the collective wisdom of our Army and the common language of our profession.  It provides the lessons from generations of soldiers learned during hard fought battles, campaigns, and wars.  Challenge the naysayers who might think they are smart enough to win the next war on the basis of their experience alone.  Encourage all to take advantage of the tools doctrine provides our force.

John Spencer, a major in the United States Army and scholar with the Modern War Institute at the United States Military Academy in West Point. An infantryman for the past 23 years, he has held the ranks of private to sergeant first class, and lieutenant to major while serving in ranger, airborne, light, and mechanized infantry units. The views expressed in this article are those of the author and do not reflect the official policy or position of the Department of the Army, Department of Defense, or the U.S. Government.
Share on Facebook Share
Share on TwitterTweet
Share on LinkedIn Share
Send email Mail
Print Print