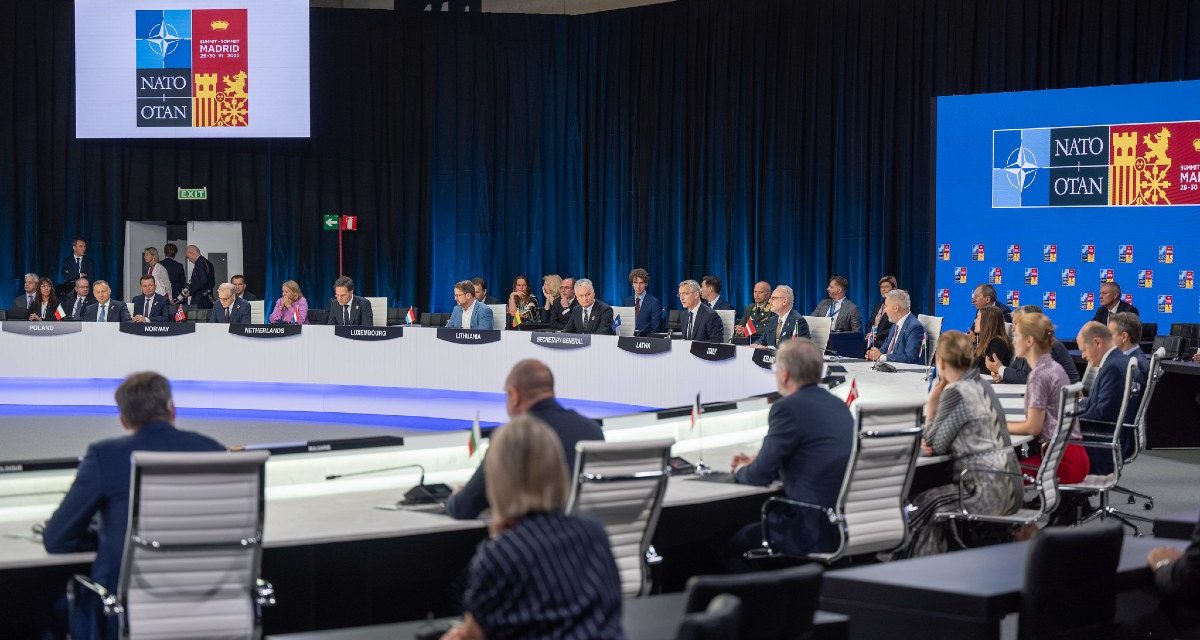 For the first time in more than a decade, NATO has announced a new strategic concept. Hailed as a historic action, and adopted after a summit in Madrid, the concept provides much-needed strategic clarity by naming Russia the most important and immediate threat to transatlantic security. But it also reinvigorates misguided and potentially dangerous tendencies for small NATO member countries. The concept renews and strengthens dependence on external security guarantees, requires continued maintenance and development of unsustainable (and, in some local contexts, irrelevant) “mini-US” conventional militaries, and disincentivizes small members from finding alternative, affordable, and independently effective defense solutions.

The Madrid concept revitalizes the Cold War approach to conventional deterrence while ignoring twenty-first-century strategic realities. Other than Poland, every other Eastern European state is in a highly disadvantageous position when it comes to potential Russian aggression. They are in very close proximity to Russian forces, their populations are a fraction the size of the Russian population, they have little operational depth to mount a multilayered conventional defense, and their militaries are small, insufficiently equipped with modern weapons systems, and enjoy limited access to resupply routes. Any defense strategies grounded in these countries’ current conventional capabilities are doomed to fail and leave them wholly reliant on the whims of more powerful allies.

Instead, small countries should develop defensive approaches geared less toward fielding a small hyperconventional, NATO-interoperable force—which would likely be significantly degraded in the initial stages of a Russian invasion—and more toward fielding formations customized to their unique operating environments, rationalized for budgetary and manpower considerations, and sustainable with or without the alliance’s conventional might. NATO membership remains crucial, but small members’ defense strategies must enable them to, at best, defend their sovereignty during a slow, bureaucratic response from the alliance, and, at worst, go it alone. Such plans cannot be built on small members’ current conventional military frameworks. These armies are not fit for purpose in NATO’s collective deterrence model and they never will be.

After the end of the Cold War, with the loss of intellectual and material support from their sponsors, small NATO countries’ militaries underwent an identity crisis. Faced with continuous budget cuts, reductions in numbers, and large-scale retirement of conventional capabilities, they struggled to find relevance. Materiel decayed alongside institutional knowledge in the art and science of conventional warfare. In turn, homeland defense capabilities withered. Post-9/11 NATO pressures and incentives exacerbated the process, with small alliance members developing and fielding expeditionary and special operations capabilities to conduct counterterrorism and counterinsurgency far from home. Organizational tables, weapons development, and equipment acquisition processes adapted to such operations. Military training and educational institutions overhauled curricula to develop the leaders prepared specifically for these missions. Doctrine writers and tacticians redesigned tactics, techniques, and procedures, and training facilities morphed to accommodate effective predeployment training of these expeditionary formations. These and many other changes created highly specialized military establishments in small NATO members that fit the purpose of the day but lacked applicability to homeland defense.

Following the Russian annexation of Crimea in 2014, numerous wargames and simulations in the Baltic countries and Poland revealed critical strategic flaws. The Crimean wake-up call forced Western European countries to reckon with the eastern threat, leading them to pledge new defensive capabilities that would protect their sovereignty and ensure national survival. But while the last decade has witnessed major changes in many NATO members’ approach to defense, all of these changes rest on the misguided idea that small countries can build and maintain capable, US-style, conventional forces that present a credible challenge to the Russian war machine. This is far from reality. Small NATO countries lack sufficient materiel, infrastructure, training, and raw human capital to mount a credible, large-scale, conventional deterrent to Russian coercion and aggression. The current conflict in Ukraine should be an eye opener for small NATO countries. If Ukraine, with its large territory, a population of more than forty million people, a conventional military numbering more than two hundred thousand soldiers, and a continuous influx of modern Western weapons struggles to resist Russian aggression, then a country ten to fifteen times smaller is likely to face tough odds in a similar situation.

Small member countries cannot afford to purchase and maintain the most advanced military hardware in sufficient quantity. Net importers of military hardware, they depend on foreign providers for supply and resupply. Their training and education systems, including faculty, curricula, and facilities, remain woefully inadequate, while recent national and European Union laws and regulations prioritize environmental protection and limit several training activities necessary for building professional mass conventional armies. Above all, a lack of available human capital restricts these states. The abolition of conscription in small NATO member countries rendered their militaries dependent on spirited but diminutive formations of volunteers. These limitations may be difficult to accept, but political and military leaders must acknowledge reality and develop national defense strategies that optimize their resources for the fight these states are likely to face with or without NATO support. Small member countries must radically redesign their militaries and NATO must empower and advise them in this endeavor.

Against a numerically and technologically superior enemy, underdogs only have a chance for victory if the weak side wages an unfamiliar way of war. Given this logic, small countries should develop their own ways of fighting as different from hyperconventional American warfare as possible, thereby presenting a grave dilemma to Russian strategists rather than a meager NATO tripwire. Small countries do not need to reinvent the wheel. Recent history is full of examples of weak state and nonstate actors successfully standing up against the most advanced militaries. Learning from and adapting these approaches to unique local contexts is how small NATO members can create disproportionately costly outcomes, in blood and treasure, for a Russian incursion. Simply put, small NATO members must develop technology-enabled, resistance-based porcupine strategies.

This approach cannot be ad hoc or haphazard, based on loosely defined amateur homeland defense forces. It demands state-owned, purpose-built, professional military organizations and tailored hardware to succeed. Just like prior paradigms, this transformation requires military formations, rank systems, career paths, training and education pipelines, and weapon systems built for a specific type of war. While some foundations will survive, most solutions should radically depart from current approaches. Universally accepted principles that have long shaped conventional militaries should be fundamentally reimagined, if not abandoned entirely. Previously sacred elements of modern military culture should become relics. The time for cautious steps that do nothing to break down orthodox concepts is over. If small NATO states want to ensure their survival they must start harvesting from the edges of strategic thinking instead of blindly emulating Western military conventions. They must develop asymmetric approaches based on systems that are small, numerous, smart, stealthy, fast, mobile, low-cost, survivable, effective, easy to develop, maintain and preserve, and difficult to detect and counter.

Where NATO is concerned, this adaptation would be win-win. Small members could employ more affordable, independently sustainable defense approaches, strategies that would enable their success even if left to fight alone. At the same time, instead of having weak, conventional tripwires along its eastern flank, NATO would have multiple layers of credible, independently capable porcupines supported by the conventional might of larger NATO states. A collective resistance-grounded defense concept would present a stronger deterrent, significantly raising the costs of aggression compared to a resurrected Cold War deterrence paradigm. Instead of forcing its small members to attempt the impossible, NATO should incentivize and support local solutions that best exploit the unique strengths of each small country, creating a wicked, costly, and multivariate mosaic of problems for a revanchist Russia. Unfortunately, NATO’s new strategic direction does not point to this outcome.