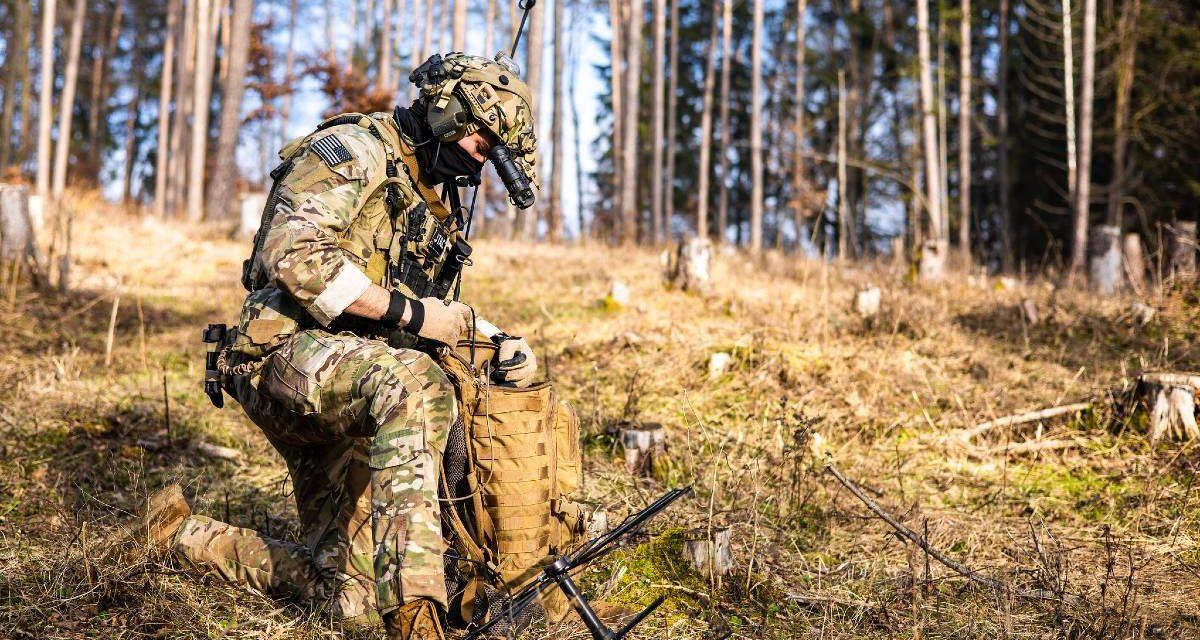 Last week, Christopher Maier, the assistant secretary of defense for special operations and low-intensity conflict, and General Richard Clarke, the commander of US Special Operations Command (SOCOM), released a new “Vision and Strategy” for the future of US special operations forces (SOF). Coming in the wake of the announcement by the Department of Defense of its classified National Defense Strategy (NDS), this new document bears examining for what it says about the future role special operations forces are likely to play amid a renewal of great power competition. The bottom line is that these leaders envision substantial changes for SOF. Whether the changes they outline will be significant enough to transform the SOF enterprise from its two-decade focus on terrorist groups into a more balanced force that is aligned with the NDS’s emphasis on China and Russia, however, remains to be seen.

In the words of Maier and Clarke, the purpose of the new strategy is to provide “a framework to guide [SOF’s] evolution from the world’s premier Counter Terrorism (CT) force into one optimally suited to support the Joint Force and the Nation as part of integrated deterrence.” (Integrated deterrence refers to the integration of military and other capabilities—including those of US allies and partners—across geography, domains, and the spectrum of conflict to prevent major attacks by US adversaries.) As these leaders acknowledge, for the past two decades, US special operations forces have been “primarily focused on countering terrorists, while our state adversaries sought to counter our capabilities and national interests.” Going forward, in their view, SOF need to adapt to this new reality.

This acknowledged need for US special operations forces to evolve is in part a response to external pressure on SOCOM dating back at least as far as 2018. In that year, President Donald Trump’s administration published its NDS, which declared that the “central challenge to U.S. prosperity and security is the reemergence of long-term, strategic competition” by “revisionist powers.” The 2018 NDS marked the first time since 2001 that DoD deemed something other than counterterrorism to be its top priority.

In the wake of the 2018 NDS, Congress pressured SOCOM to adapt its force structure and capabilities to this new guidance, first in the form of a comprehensive review of its capabilities to counter a range of anticipated future threats and then via a requirement for an independent assessment of special operations forces’ structure, roles, and responsibilities (a study that I led).

President Joe Biden’s administration, for its part, has continued to press SOF to evolve. This new strategy formally signifies Maier and Clarke’s acknowledgement of this guidance and articulates their response to it.

The strategy declares that the vision for special operations forces over the next ten years is to “create strategic, asymmetric advantages for the Nation in integrated deterrence, crisis, and conflict.” It articulates four components to this vision: a balanced force employment and readiness for integrated deterrence, crisis, and conflict; a sustainable counterterrorism approach; modernized formations, concepts, and capabilities that leverage emerging technologies; and a resilient enterprise capable of conducting integrated all-domain special operations.

There are many unsurprising aspects of the strategy. These include a continued goal that special operations forces should be the premier force within DoD; the maintenance of a substantial global posture; an emphasis on relationships with partners, allies, the intelligence community, and the State Department; and a renewed focus on the care of special operators and their families. Stated areas of increased investment—for example, data management, artificial intelligence, and quantum computing—are in keeping with previous statements from SOF leaders.

There are, however, five aspects of the strategy that are new, noteworthy, and already making waves across the SOF enterprise.

The first of these is the strategy’s mention of “retaining Deploy for Purpose forces to provide flexibility and agility in support of emerging requirements” and SOCOM’s intent to “discipline our force employment and allocation processes.” For at least the past fifteen years, SOF units have been operating in a near-continuous cycle—prepare to deploy, deploy, redeploy, rest, and prepare to deploy again—often with additional short- or no-notice deployments being squeezed into the rest-and-refit portion of this cycle. The idea that, going forward, some SOF units will perform their individual and unit training and then not immediately deploy, or—barring any emergent requirement—not deploy at all, marks a notable shift in SOF’s force employment practices. Anecdotally, this shift has received mixed reviews from special operators. While it may allow more time at home with families, it also portends fewer of the deployment opportunities that many special operators sought when they joined the force. A similar dynamic exists for support personnel: the strategy envisions that more of them will provide operational support from within the continental United States, as opposed to deploying forward.

Second is the strategy’s focus on developing a “sustainable approach” to counterterrorism. While SOCOM was tasked with developing such an approach as part of the 2018 NDS, its initial response was lethargic. The new strategy clearly downgrades the goals of counterterrorism efforts to disrupting groups “capable of conducting external operations” while leveraging the capabilities of partner forces to reduce the burden on US SOF. This guidance has substantial implications for those parts of the SOF enterprise that have been dedicated to global counterterrorism missions for the past two decades. For example, it likely presages a lower operational tempo for those units, which may create retention issues for those operators who want to be in the fight against terrorist groups. It may also, however, allow those units to exercise and experiment with capabilities more suited to competition and conflict with state adversaries.

Third, the strategy emphasizes strengthening capabilities that SOF leaders believe will contribute to the 2022 NDS’s goal of integrated deterrence. Specifically, the new strategy calls out “foreign internal defense, security force assistance, and counter-threat finance,” as well as electromagnetic warfare, information, cyber, and space capabilities, as areas for SOF expansion. And it clearly places SOF as a supporting element to the joint conventional force in the context of major combat operations against the likes of China or Russia—a sharp departure from the past two decades in which SOF have either been the supported force or one that operates largely in parallel to conventional forces. In line with this emphasis, the strategy also states an intent to reinvigorate SOF participation in training and exercises with conventional forces and to integrate its modernization efforts with the military services.

Fourth, the strategy acknowledges that—unlike the past two decades of sharply increasing SOCOM budgets and personnel numbers—the future is likely to see budget reductions. In light of this, the strategy states that SOCOM “will seek divestiture opportunities across the enterprise with emphasis on legacy equipment, platforms designed solely for permissive environments, and capabilities that conventional forces can provide in lieu of SOF.” The idea that SOF will be divesting capabilities represents one of the sharpest departures of the strategy from prior trends.

Finally, the strategy incorporates elements from SOCOM’s Diversity and Inclusion Strategic Plan, stating a desire to increase “the diversity of ethnicities, races, beliefs, perspectives, and experiences in our formation to meet the complex challenges facing the nation.” And it refers to the findings and ongoing efforts of SOCOM’s 2020 Comprehensive Review—initiated in the wake of a series of episodes of misconduct, including allegations of sexual assault and unlawful killings—committing to “correcting lapses in leadership, accountability, and discipline” across the SOF enterprise.

A Step in the Right Direction?

The strategy represents public acknowledgement by Maier and Clarke that SOF must definitively move past two decades of counterterrorism and into a new era of balanced capabilities for competition, crisis, and conflict. And the five aspects described above represent notable shifts designed to effect this change. Whether they will prove to be sufficient, however, remains to be seen. Several areas of concern stand out.

First, the strategy describes these changes as an “evolution,” when what is needed is revolutionary change. The 2018 NDS did not articulate nor represent an evolutionary change; rather, it was a step change in the trajectory of strategic defense guidance. While the new SOF strategy arguably represents the starkest departure from SOCOM’s prior guidance since the 2018 NDS was published, its tone and tenor remains aligned with something less than a step change in the future direction of SOF.

Second, the strategy aims to align itself closely with the 2022 NDS’s concept of integrated deterrence—this term, for example, appears seventeen times in the sixteen-page document. Absent, however, is any mention of the NDS’s other central concepts: campaigning and building enduring advantages. The focus of the former idea is on undermining the coercive activities of state competitors; the focus of the latter is on accelerating the development of forces and technology. Both lie squarely in the wheelhouse of the SOF enterprise. It is, therefore, odd that the SOF strategy did not fulsomely embrace these elements of the NDS and offer clear guidance for how SOF intend to support them.

Third, how well SOCOM’s resourcing strategy aligns with this new vision remains unclear. As President Biden recently stated during his 2023 budget rollout, “Don’t tell me what you value. Show me your budget, and I’ll tell you what you value.” As one example, for several years, those on Capitol Hill have been questioning SOCOM’s Armed Overwatch program, which would procure a multi-role airplane to provide intelligence and limited air support to special operators conducting counterterrorism missions in austere environments. The new strategy’s stated intent to divest of platforms solely designed for permissive environments appears to run headlong into that program.

Fourth, SOCOM’s stated intent to increase diversity in its formations is a step in the right direction, but the absence of any acknowledgement of shortfalls in leader diversity is notable. By my count, of all the former and present commanders of SOCOM, its four service components, and the Joint Special Operations Command, only one of seventy-one leaders was an individual of color. President Biden’s administration has made clear its intent for US government leaders to reflect the diversity of the nation; the strategy would have done well to state a similar intent for the future of SOF leadership.

Those criticisms notwithstanding, the strategy outlines notable changes for the future of US special operations forces, and it will no doubt continue to evolve in the years to come. Maier and Clarke deserve credit for pushing the SOF enterprise forward. But much work remains to be done.

Dr. Jonathan Schroden directs the Countering Threats and Challenges Program at the CNA Corporation, a nonprofit, nonpartisan research and analysis organization based in Arlington, Virginia. He is also an adjunct scholar at the Modern War Institute at West Point. You can find him on Twitter at @jjschroden.

The views expressed are those of the author and do not reflect the official position of the United States Military Academy, Department of the Army, or Department of Defense, or that of any organization the author is affiliated with, including CNA.