What We Learned from the First Semester of Stanford’s Class on Technology, Innovation, and Modern War 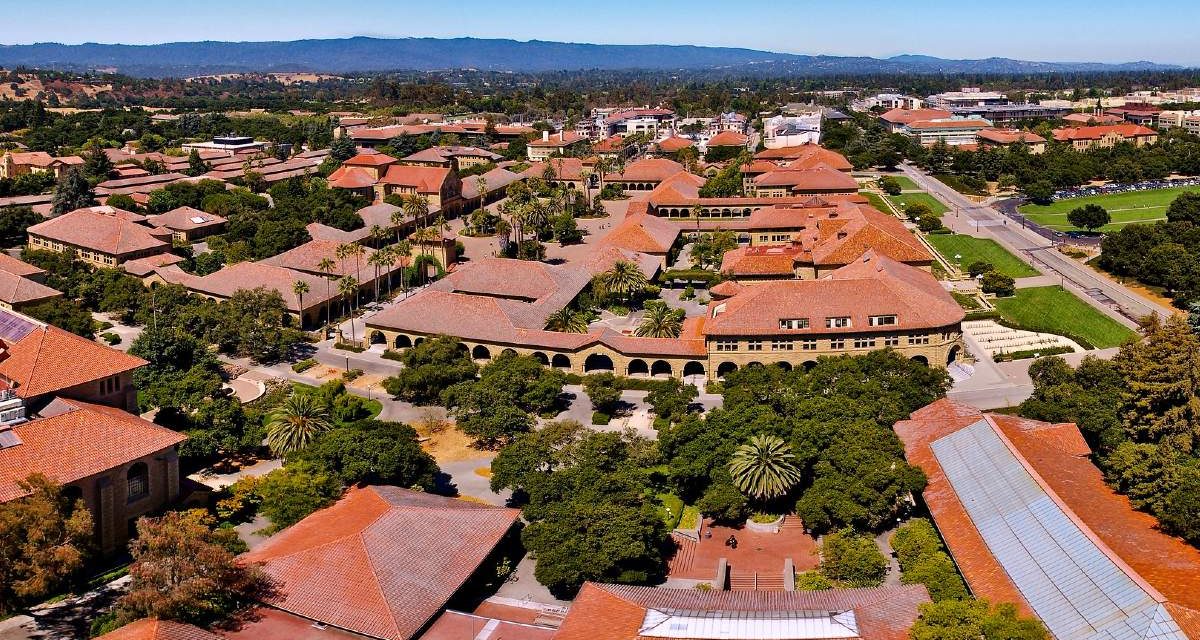 Editor’s note: Stanford University hosted a brand-new class during the fall semester—Technology, Innovation, and Modern War. Steve Blank, who teaches the course along with Joe Felter and Raj Shah, wrote about each class session—offering Modern War Institute readers an incredible opportunity to learn about the intersection of technology and war and hear from remarkable guest speakers. You can read about previous sessions here. In this article, Steve, Joe, and Raj describe some of the most important takeaways from the class.

Our recent national security class at Stanford—Technology, Innovation, and Modern War—was designed to give students insights on how the onslaught of new technologies like artificial intelligence, machine learning, autonomy, cyber, access to space, biotech, hypersonics, and others has the potential to radically change how countries fight and deter threats.

With more than twenty guest speakers, including two secretaries of defense, senior general and flag officers, and policymakers, the class emphasized that winning future conflicts requires more than just adopting new technology and developing new weapon systems. It calls for a revolution in thinking about how these technologies can be integrated into weapons and other defense platforms, and more importantly, how they can create new operational and organizational concepts that will change the way we fight.

By the end of the class there were five important ideas that stood out.

One was a continuous refrain from senior DoD leadership that new tech, weapons, and operational concepts are insufficient to guarantee the United States will prevail in a great power conflict. In fact, these new technologies and weapons can change the odds against us.

Second, our senior military leadership recognizes that now more than ever we can’t go it alone. We need allies—existing and new ones. And that depends on a reinvigorated State Department and renewed emphasis on diplomacy in general.

Third, our national security is now inexorably intertwined with commercial technology and is hindered by our lack of an integrated strategy at the highest level.

Fourth, our adversaries have exploited the boundaries and borders between our defense, commercial and economic interests.

And finally, our current approaches to innovation across the government are piecemeal, incremental, increasingly less relevant, and insufficient.

Several more specific takeaways from our speakers are also important to note. If you’re in DoD, are conversant with the National Defense Strategy and National Military Strategy, or have read Chris Brose’s book The Kill Chain, none of this will come as a surprise.

The good news is every one of our military and civilian speakers conceptually understands all of this. And even better, all want to change the status quo. However, most are coming to the conclusion that DoD is at a crossroads: substantive and sustained changes in DoD’s size, structure, policies, processes, practices, technologies, and culture are needed.

For example, our requirements and acquisition systems are driven by a seventy-year-old model predicated on predicting the future (both threats and technology) and delivering solutions decades out. It is also optimized for lifecycle costs, not rapid innovation or disposable systems. In the last four years we modernized the acquisition process, but it remains hindered by the requirements processes from the services, which still result in eighty-eight Major Defense Acquisition Programs—where we spend our acquisition dollars—to buy legacy systems mostly built for past threats.

Some hints of the future force came from multiple speakers. Adm. Lorin Selby, the chief of naval research, for example, had a compelling vision of the future fleet and an expanded industrial base.

To improve innovation, DoD has over seventy-five incubators and accelerators. The United States leads the world in demos of new technology but not in deployed systems. Few of these innovation activities have resulted in a major program of record. DoD is making the right baby steps but needs to quickly focus on scaling innovation. This, of course, will require the difficult conversation of what legacy systems will be retired.

DoD’s relationship with startups and commercial companies driving these new technologies is hindered by a lack of understanding of their own and their investors’ interests. Venture capital and startups have institutionalized disruptive innovation. In the United States they spend $150 billion a year to fund new ventures that can move with the speed and urgency that DoD now requires. While we’ve made progress, a radical reinvention of our civil-military innovation relationship is necessary if we want to keep abreast of our adversaries. This should include:

Pentagon leadership will need to be selected on the ability to innovate. Risk takers that understand technology must be elevated.

We’ve failed to engage the rest of the populace in our mission. Americans—including extraordinarily talented students from our top universities—are ready and willing to serve in some capacity. We’ve shown little interest in providing the incentives and expanding the opportunities required to make that happen.

However, these observations about changes needed in DoD surfaced a much bigger problem, one that civilian leadership has not yet acknowledged: National security is now inexorably intertwined with commercial technology and is hindered by our lack of a national industrial and economic policy. There is an urgent need for an integrated strategy and policies.

These are not problems of technology. They’re problems of organizational design, incentives, out-of-the-box thinking, and national will. The American people will need to demand more of their government and elected officials. The status quo will need to be broken. Substantive change will require new ideas, not better versions of the ones we have.

For example, the White House organizational structure taking shape under the new Biden administration still treats technology as a standalone issue. That’s a status quo position and a losing hand. We need to recognize that the boundaries between our defense, commercial, and economic interests are interrelated.

We also need to build innovation capacity across the interagency, coordinated and synchronized by senior executive branch leadership. One way of implementing this would be by creating a political appointee in key government agencies that acts as the interagency single point of innovation leadership cutting across organizations including but not limited to DoD, the National Security Council, the National Economic Council, OMB, and OSTP.

Another promising move would be to create a new deputy national security advisor to coordinate and synchronize innovation and industrial policies across these multiple agencies. To be successful, this position would require real influence and responsibility on budget issues, trade policy, and alliance strategy. The occupant of the role would specifically coordinate national policies on things like 5G, artificial intelligence, machine learning, autonomy, cyber, access to space, biotech, hypersonics, and microelectronics. The position would also own the civil-military alliance for engaging and incentivizing new entrants and incumbents and protecting civil assets and would sit on the National Security Council and National Economic Council.

These changes will require Congress, defense contractors, and the executive branch to pull in the same direction to change that equation.

The good news is that we have all the tools needed to succeed, we just need the willpower. And we must not forget what’s at stake. Democracies, while messy, are a force for good. Self-determination with codified freedoms is the most moral system of organization mankind has developed. Getting the reforms we examined in this class is essential to the preservation of democracy and maximization of peace. It is most certainly a noble endeavor.

Joe Felter is a William J. Perry Fellow at Stanford University’s Center for International Security and Cooperation and a research fellow at the Hoover Institution. From 2017 to 2019, he served as US deputy assistant secretary of defense for South Asia, Southeast Asia, and Oceania.

Raj Shah is a technology entrepreneur and investor. He formerly served as the managing partner of the Pentagon’s Defense Innovation Unit Experimental.