What’s Next for al-Qaeda? 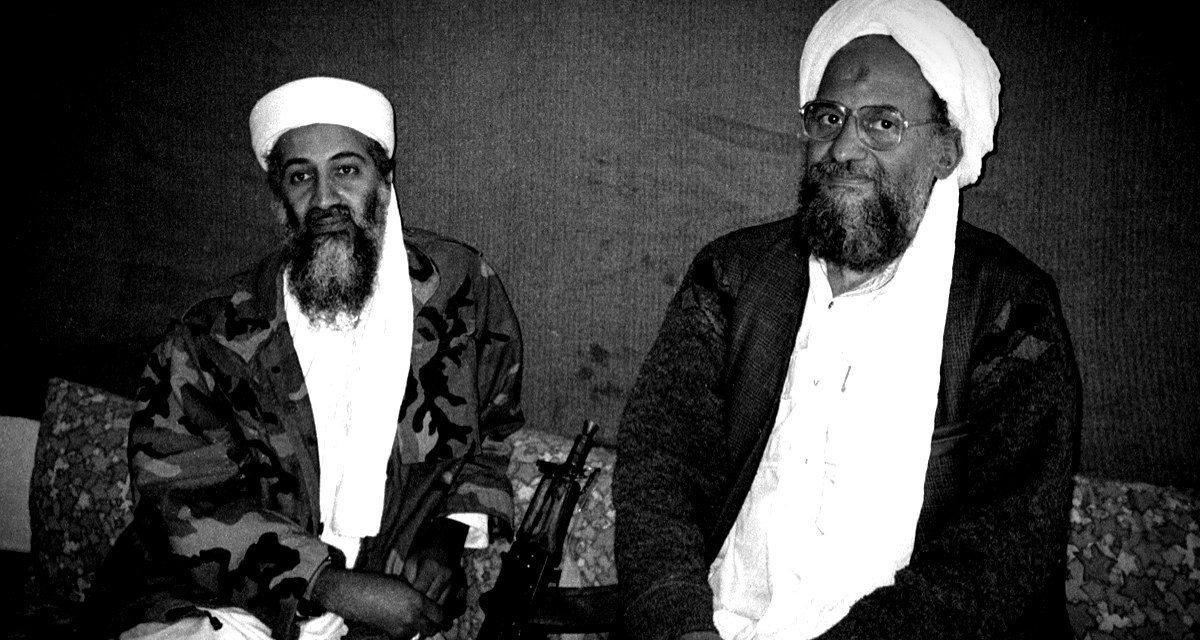 In a televised news conference this week, President Joe Biden confirmed the rumors that had been swirling: the United States had conducted an airstrike that killed the emir of al-Qaeda, Dr. Ayman al-Zawahiri, in Kabul, Afghanistan. Though reports of his demise had circulated for almost two years, this strike eliminated the leader who had been at the helm of the group since the death of Osama bin Laden in 2011.

While many observers are seeking to predict who the next leader will be—some arguing that it may be veteran Egyptian jihadist Saif al-Adel or perhaps Abd al-Rahman al-Maghribi, head of al-Qaeda’s media committee—the focus on who the next leader will be is not necessarily the most critical question now. Rather, the focus instead should include what type of leader will follow Zawahiri and to what extent this successor will continue the trajectory established by bin Laden. Leaders matter a great deal for religious terrorist groups like al-Qaeda, but the kind of leader is equally as important as the person.

Our new book, Terror in Transition: Leadership and Succession in Terrorist Organizations, explores these terrorist leadership types. Our findings offer a means of understanding who Zawahiri was and what kind of leadership role he embodied for al-Qaeda, as well as a framework for assessing the current transition facing al-Qaeda.

Some obituaries circulating about Zawahiri agree on certain aspects of his personality: he maintained a “plodding and pedantic style” and lacked charisma. Journalist Peter Bergen stated, “He had all the charisma of a boring uncle given to long, arcane monologues, someone that you would best avoid sitting next to at Thanksgiving dinner.” But despite lacking the charisma of bin Laden, Zawahiri—who was radicalized as a teenager out of anger at the secular Egyptian government’s execution of Sayyid Qutb and then created a cell that would become part of the Egyptian Islamic Jihad (EIJ)—was a lifelong ideologue, though his ideology would change over the course of his lifetime. As emir of EIJ, he would ultimately move the group away from its founder Muhammad ‘Abd al-Salam Faraj’s mission—the personal duty to topple the regime in Cairo through a coup and establish an Islamic state in Egypt—and would instead refocus on using terrorism in the global mission against the United States.

Evaluations of Zawahiri, like his obituaries, have long focused on his personality. In fact, one of the early senior members of EIJ stated that there was “something missing” in Zawahiri that rendered him unsuitable to be a leader. But a focus on these characteristics misses a true evaluation of his leadership of al-Qaeda.

Unlike the major changes he made to EIJ’s tactics and mission while emir, he did not make similarly dramatic changes to al-Qaeda’s tactics and mission when he assumed leadership in 2011. Instead, he remained a steadfast caretaker of bin Laden’s goals, maintaining most of its alliances and even expanding to a new franchise in South Asia. Indeed, in Biden’s speech on the strike, he pointed to Zawahiri as “setting priorities, for providing operational guidance that called for and inspired attacks against U.S. targets”—an approach very much in line with bin Laden’s. Zawahiri’s personality has not changed in the last half a century. He has always been someone you would want to avoid sitting next to. But what has changed is the type of leader he was.

Leaders are critical to religious terrorist groups. Their followers often believe that they possess a divine legitimacy. A leader interprets sacred texts for the followers, thus justifying the group’s actions and rendering the leader as the mouthpiece for the sacred. Terrorist leaders are not just leaders of their organizations but are perceived by their followers as religious or spiritual leaders as well. They are preacher and prophet.

Understanding the role of founding religious terrorist leaders and the type of their successors remains largely underexplored, even though killing them, as Zawahiri’s death this weekend reminds us, remains a counterterrorism priority.

The founder of a terrorist group creates the framing, tactics, and resource mobilization of the group—the why and the how of the group. In so doing, they create the foundation from which all successors operate. A successor who decides to implement changes can proceed with either incremental changes that evolve the group’s fundamental goals and means or discontinuous changes that dramatically upend the group’s framing of its mission, its tactics, the way it mobilizes resources, or all of these characteristics. Incremental changes slightly adapt to environmental or organizational realties. Discontinuous changes are game changers.

The why and the how are fundamental. First, every enduring terrorist group needs a convincing answer to the question why. Why fight? The why is the framing the leader uses to explain its mission. It drives the very existence of the organization. Founders weave the why—the group’s mobilizing frame—with their own worldviews and assumptions. And the framing of the why can help attract followers.

Second, the how of a terrorist group refers to the means the group uses to achieve the why framing. How will a group mobilize resources to achieve its mission? What tactics, both operational and nonoperational, will it use? In addition, groups develop resource mobilization processes to secure followers and manage revenue.

The interaction of these factors—incremental or discontinuous change relative to the founder’s how and why—produces five types of successors: caretaker, signaler, fixer, visionary, and figurehead.

Why Does This Matter?

Zawahiri’s obituary is not al-Qaeda’s obituary. The loss of a founder is the most significant leadership succession an organization can experience, and al-Qaeda already survived it, in part due to a caretaker successor who faithfully adhered to the path set by bin Laden. In the more than ten years since bin Laden died, Zawahiri did not rejuvenate al-Qaeda, but we would not expect a caretaker to do so. Instead, he helped al-Qaeda survive and remain relevant despite the counterterrorism focus against it. In fact, since 2001, nearly all the major Sunni jihadist groups, have undergone leadership successions, often as the result of leadership decapitation. Most notably al-Qaeda’s once affiliate and now rival, the Islamic State, has lost three leaders and experienced two leadership transitions in less than five years.

This reality points to two conclusions. The first is that a significant degree of continuity exists in US leadership targeting policy, even through very different US presidential administrations. Leaders from across the political spectrum have made similar decisions about the utility of removing the leaders and members of terrorist organizations. Second, these groups’ ability to transition to successors provides tremendous insight into the ability of the founders to create a durable how and why for the group, a legacy that outlives them. Thus, removing the founder can significantly impact an organization, but not as much as counterterrorism decision makers might hope. And removing a successor like Zawahiri will likely not spell the death knell for al-Qaeda either.

Who will become al-Qaeda’s next emir? The group likely needs a visionary to regain the mantle of leadership in the Sunni jihadist movement, as it surely aspires to do. It is too soon to tell what type of leader will rise, but transition moments like the one facing al-Qaeda now provide critical counterterrorism opportunities, opportunities that can be exploited more fully if they account for the type of leader the next successor becomes.

Zawahiri’s location in an upscale district in Kabul in a building owned by Taliban interior minister Sirajuddin Haqqani, for example, highlights the benefits of low counterterrorism pressure in a terrorist safe haven—the opportunity to carefully plan, dictate the pace of operations, and flourish. Haven provided Zawahiri the caretaker the space and time to operate without fear of counterterrorism actions such as this weekend’s strike. His death in Afghanistan clearly demonstrates the need for more caution on behalf of his successor. However, the need for greater operational security may challenge the ability of a potential visionary successor to dynamically change the how and the why of al-Qaeda. So as observers watch for signs of al-Qaeda’s succession plans, they would be well served not just to focus on who might take charge, but to look for signs of the type of leadership—and the counterterrorism realities—that will guide the organization into its post-Zawahiri future.

Dr. Tricia Bacon is an associate professor at American University’s School of Public Affairs. She directs the Policy Anti-Terrorism Hub at American University. She is the author of Why Terrorist Organizations Form International Alliances (University of Pennsylvania Press, 2018) and coauthor of Terror in Transition: Leadership and Succession in Terrorist Organizations (Columbia University Press, 2022). Her work has been published in Security Studies, Survival, Terrorism and Political Violence, Journal of Strategic Studies, Studies in Conflict and Terrorism, as well as the Washington Quarterly, the Washington Post, War on the Rocks, Foreign Policy, and Foreign Affairs. Prior to her employment at American University, Dr. Bacon worked on counterterrorism for over ten years at the Department of State. She is a nonresident fellow with George Washington University’s Program on Extremism and an associate fellow with the International Centre for Counter-Terrorism. Dr. Bacon serves on the Countering Terrorism & Extremism Program Advisory Council for the Middle East Institute. You can follow her on Twitter @tricbacon.

Dr. Elizabeth Grimm is an associate professor of teaching in the Security Studies Program in the Edmund A. Walsh School of Foreign Service at Georgetown University. She is the author of How the Gloves Came Off: Lawyers, Policy Makers, and Norms in the Debate on Torture (Columbia University Press, 2017) and the coauthor of Terror in Transition: Leadership and Succession in Terrorist Organizations (Columbia University Press, 2022). Her work has been published in Survival, Studies in Conflict and Terrorism, as well as Lawfare, the Washington Post, and Just Security. Prior to her employment at Georgetown University, she worked in the defense and security sectors of the US government. You can follow her on Twitter @ProfLizGrimm.