When It’s Over: An American Withdrawal Plan for the Middle East 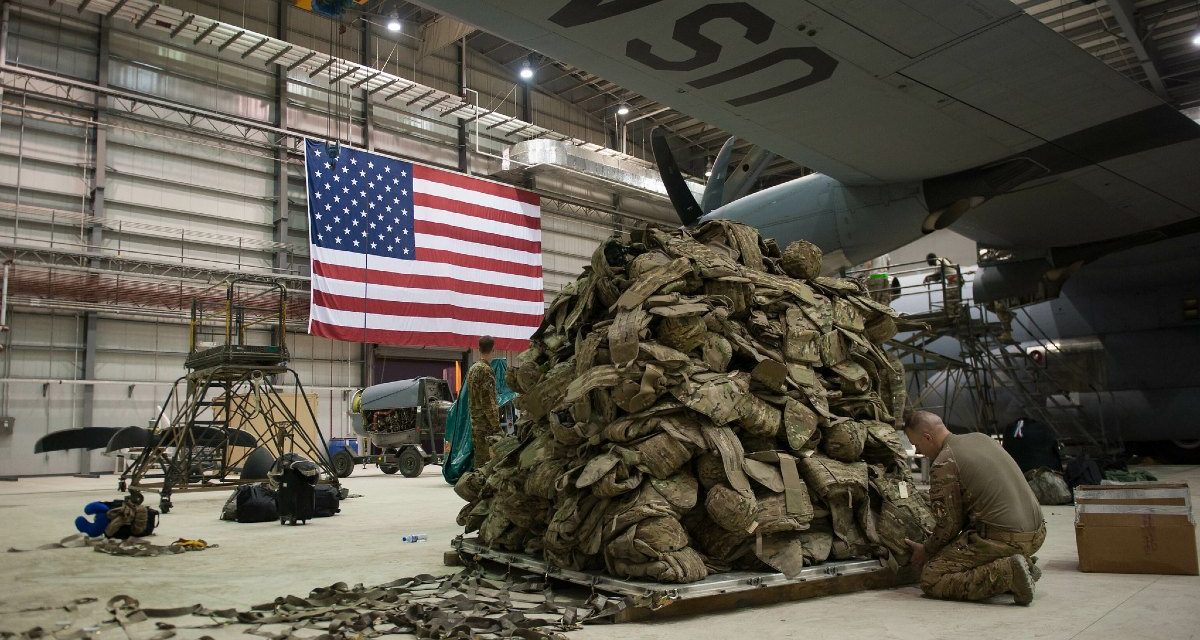 Is it too early to begin planning for the United States to leave the Middle East? There’s a strong argument to be made it’s not. Over the past few years discussion of the United States decamping from the region—or at least significantly downsizing its basing footprint—has finally entered mainstream foreign policy debates. Articles like “America’s Middle East Purgatory” by Mara Karlin and Tamara Cofman Wittes in Foreign Affairs and “The Middle East Isn’t Worth It Anymore” by Martin Indyk in The Wall Street Journal examined the ways in which the region has decreased in importance to US interests. As a result, there has been a renewed willingness to look at the necessity of the extensive US basing footprint developed over the past thirty years.

In truth, most intellectual energy is still being spent on whether the United States should leave the Middle East, not how. But, as I argued in these pages eighteen months ago, a plan will eventually be needed for a US departure for several reasons. Not least of these is that the United States has never attempted to withdraw from a major geographic region since the global expansion of its military footprint in the wake of the Second World War.

In this regard, there is a British precedent that offers some insights. When the United Kingdom quit its role as the region’s default balancer in the late 1960s, it did so by publicly announcing a ten-year withdrawal plan (later shortened to five years.) The transparency with which London maneuvered out of the region helped limit instability in its wake. This example’s utility has its limits, of course, since the British were handing off to another power. When the United States departs the Middle East, it’ll leave the region without an external balancer for the first time in over a century.

All of that said, it is worth emphasizing that even without its military forces, the United States will retain significant influence in the region—as indeed it did for most of the Cold War when it only maintained two primary bases in the region, at Manama, Bahrain and Incirlik, Turkey. It will still have access to diplomatic and economic levers that have served it well in the past, to say nothing of maintaining security ties through maintenance and technical support to the various weapons systems sold in the region, particularly to the states of the Gulf Cooperation Council (GCC).

Moreover, a US departure from the Middle East should not be seen as a wholesale withdrawal from its role in the world by any means. To the contrary, alleviating the requirement to garrison the Middle East will free up forces and funds that are likely to be badly needed as the United States tries to meet its other military commitments in Europe and the Indo-Pacific region. For example, it is worth noting the specific positive impact this could have on aircraft carrier maintenance and deployment schedules, which have been severely taxed by the demands placed on these platforms by US Central Command.

What exactly would such a withdrawal look like? From a logistical standpoint, the United States could evacuate the forty-two thousand or so ground forces from the region in as little as a year (or less) if absolutely needed. But that type of mad dash to the door is likely to have precisely the type of deleterious impact the British sought to avoid and which the United States should seek to circumvent as well. Instead, a four-year timeline might be optimal for the first phase of a US departure, during which the bulk of forces would exit the region.

It is attractive to consider a longer timeline from the standpoint of strategic hedging. Taking a decade or even fifteen years to depart would give a clearer look at the impact of the US exit and, presumably, allow for a more gradual transition. Working against this, however, is that as more time passes the region is increasingly likely to experience major societal change. In truth, the mass demonstrations of the Arab Spring in 2011 brought about few lasting changes. The underlying social and economic factors that drove that discontent still remain. And the region continues to be dangerously dependent on the rentier economic model, which essentially buys acquiescence to authoritarian rule with the fruits of energy sales. There are ample reasons to think this situation cannot obtain indefinitely.

The United States might not have the luxury of a decade or two to decamp. The worst-case scenario would be a replay of the 2011 situation in Bahrain, where the United States first cautioned against action to repress demonstrators then had to acquiesce as precisely that occurred. A replay on a broader scale could not only further damage US standing in the region but risk reprisal attacks against US deployments or even the unwanted entangling of US forces in new civil strife.

With four years as a baseline, the basic question then becomes which forces move where. The center of gravity of US regional posture lies on the western bank of the Persian Gulf in four small Arab states: Bahrain, Kuwait, Qatar, and the United Arab Emirates. These “core four” account for about thirty thousand troops and the most extensive physical infrastructure in the US regional network. Kuwait alone has six major facilities for US use and currently hosts more American military personnel (13,500) than any other country save Germany, Japan, and South Korea. In addition, as headquarters of the Fifth Fleet, Bahrain facilitates rotational naval deployments, including carrier battle groups, each of which adds approximately 7,500 personnel to US regional presence totals. If the United States is to withdraw from the Middle East, then, it is these four countries that will factor most prominently in any scheme.

One notional plan—which again should be announced beforehand to minimize confusion within the region—could see the GCC evacuated over the aforementioned four years, along with a withdrawal of remaining US forces from the region’s three active combat zones: Iraq, Syria, and Yemen. These three states would be the priority for the first year, along with a withdrawal of all US forces from Saudi Arabia (currently less than 2,500 troops) to symbolize the start of the military decoupling of the United States from the GCC. In the second year of the plan, Al Dhafra Air Base in the UAE would be the next country to be taken off the board, while drawdowns also slowly begin at the more substantial deployments in Bahrain, Kuwait, and Qatar. The goal would be to finish withdrawal from Bahrain and Kuwait by the end of the third year. Simultaneously, major naval deployments by US forces into the Persian Gulf would ebb with the standing down of the Fifth Fleet. Finally, in the fourth year of the plan, forces would be withdrawn from Qatar, with Central Command’s forward headquarters departing Al Udeid Air Base.

Where would those forces go? While most should be removed from the region outright, the United States could establish redoubts along the region’s periphery in Jordan and Oman. The United States has used the Muwaffaq Salti Air Base at Azraq, Jordan since 2013 in the fight against ISIS. It has invested heavily in infrastructure improvements at the facility and Washington sees it as an alternative to Incirlik, access to which has been further complicated by the deterioration in US-Turkish relations. In Oman, the United States doesn’t maintain a formal base, but has had access to four airfields since 1980. Significantly, in 2019, US access was expanded to include two Omani ports—Salalah and Duqm. The latter is one of only a handful of ports in the Middle East capable of accommodating an aircraft carrier.

The goal would not be to replicate the extensive basing infrastructure from the Gulf in Jordan and Oman, but to use them as useful waystations as the United States departs the region. From a naval standpoint, Salalah and Duqm would not be direct replacements for the extensive facilities and dedicated berths found at Manama, but still would serve as functional ports of call for US ships operating in the northwestern Indian Ocean.

Even though both Jordan and Oman have reputations for stability and moderate foreign policies, neither should be seen as a long-term solution for US presence. Each is still subject to the same economic and social stresses that permeate the region. In 2018, Jordan witnessed some of the most intense demonstrations seen anywhere in the Middle East since 2011. Meanwhile, Oman has a history of problems with debt and has sought cash infusions from its GCC brethren to remain afloat during the pandemic. Thus, they are best conceived of as effective stepping stones out of the region and not fixed end-states.

That said, if the withdrawal stalled in Jordan and Oman, US presence would still be better off for the force reductions attendant in vacating the berm of bases on the western shore of the Gulf. Among other factors, Iran has demonstrated an increasingly accurate and capable missile force, as seen in the retaliatory strikes on US bases in Iraq in response to the death of Qassem Soleimani. This will increasingly be a factor for US basing decisions moving forward and appears to have already forced the US Air Force to relocate some assets away from the Gulf to Diego Garcia.

Mike Sweeney is a Fellow at Defense Priorities and an incoming doctoral student at the Schar School of Policy and Government. He is the author of “A Plan for U.S. Withdrawal from the Middle East,” on which this article is based.