When the Butcher’s Bill Lies: How Modern Military Medicine Distorts the Costs of War 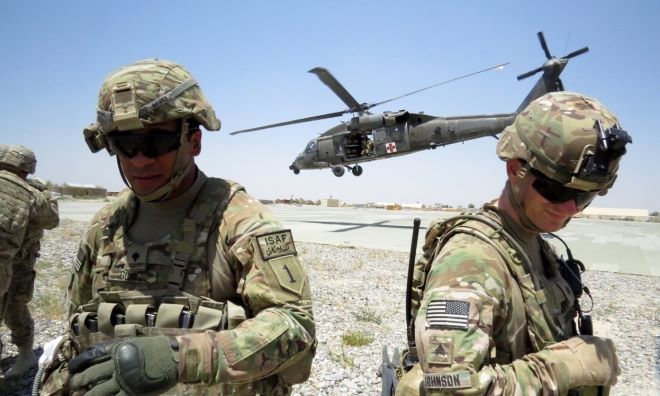 The United States has been at war for over two decades, the most prolonged period of conflict in the nation’s history. What is the cost of these wars? Since the seventeenth century, scholars and politicians have measured the toll of war in blood and treasure. Historically, a political aim, or desired end from the conflict, was weighed against the number of lives lost and the amount of gold spent to achieve victory; the will to fight hung in the balance of blood and treasure. Those times have changed.

Although the financial burden of war is an essential element in the equation, this reflection will focus on the human toll of conflict and examine how military medicine is changing the calculus for modern warfare. In an era of deficit spending and unbalanced budgets, war’s financial impact is treated more and more as just a number. Likewise but for very different reasons, measuring bloodshed gives an increasingly skewed picture of the actual costs of war. This is because modern military medicine has spared many of the lives that would have been lost in any other war in history—undoubtedly a virtuous outcome, but one that has also largely shielded Americans from the grief, suffering, and ugly realities of war. In this very specific way, military medicine has numbed the American conscience.

Pictures of flag-draped caskets provoke the US national conscience. Seeing this poignant representation of combat mortality causes the nation to pause, even if only for a moment, and reflect on the price of war through lost lives. High mortality challenges citizens to evaluate the necessity of conflict and may ultimately influence the methods chosen to achieve desired ends. In no small way, battlefield deaths serve as a litmus test for a nation, measuring its will to either continue in battle or end a conflict. High mortality may not predict the war’s end; however, it forces a citizenry to engage with important questions, creating a layer of friction formed of public debate that impedes the continuation of a war beyond acceptable costs.

American conflict in the twenty-first century is historic. The nation has been engaged in combat in multiple theaters while incurring the lowest mortality rate among casualties in modern history. Advances in military medicine have grown at an unparalleled pace over decades of war. The low mortality rate for deployed servicemembers is a function of personal protective equipment, forward-deployed care, and rapid evacuation for stateside treatment. Despite advanced and innovative lethal weaponry employed by adversaries, US combatants on today’s battlefield have a high probability of survival even if they suffer life-threatening wounds.

America’s continuing experience at war has contributed to technological advances and furthered the science of military medicine. However, we can and should celebrate that fact while simultaneously exploring its effect on the national conscience. If a consistently growing percentage of combat casualties survive, what impact does that have on the American public’s will for a war to either continue or end? Theoretically, war should inflict a degree of pain on two or more opposing sides, making conflict the least desirable means to achieve foreign policy. Ideally, the pain inflicted will be more significant to an adversary, leading to a successful outcome and a peaceful settlement. However, will war become the norm and not the exception some of that pain is muted?

Americans at large no longer experience the actual toll of war. The limited number of those who serve in the armed forces, coupled with unprecedented survival in combat, has produced an environment where the people and the influence of their collective will have been muffled. This notion may explain the protracted nature of our most recent conflicts in Iraq and Afghanistan. But the public must be engaged on the questions of when wars will end and why? For in the absence of death—especially if the financial toll is equally obscured—how much does war really matter to the American people?

If the national will for war hinges on the balance of blood and treasure, but neither are consequential in modern warfare, what is the new calculus of war? This question challenges our current understanding of conflict. If the nature of war, as suggested by Carl von Clausewitz, rests in the balance of three dominant tendencies—which are connected to three sets of human actors: the people, their government, and their military—what is the influence if one of these becomes disengaged? In the ideal state, this “remarkable trinity” lies in a frantic balance, adjusting force as influences alter political aims in response to society’s changing desires. Therefore, the equilibrium exists in the dominant forces’ balance and counterbalance of influences that shape outcomes. For that equilibrium to hold requires participation, however. What is the threat if the people become disengaged, or worse, become apathetic to war?

The Human Toll of Twenty Years of War

In the wake of its withdrawal from Afghanistan, the United States must pause to reflect on the human toll caused by twenty years of war. The die was cast September 11, 2001, and the United States crossed the Rubicon the days and weeks following the attacks. American anger crescendoed early that October with aerial bombardment of Afghanistan.

Twenty years later, a little more than seven thousand American servicemembers have died while serving in Iraq and Afghanistan, along with eight thousand contractors. This figure roughly equates to the loss of two Americans per day over twenty years. However, it is important to note that contractors are not afforded the same honors when they die in service of the nation. The loss of a contractor is often not widely reported and rarely acknowledged.

In contrast to those who died in battle, more than fifty-two thousand were wounded in action. This figure, however, is artificially low, representing only physical injuries and not the psychological wounds of war that manifest as post-traumatic stress disorder (PTSD) or the presence of subclinical traumatic brain injury caused by concussive wounds. Although the loss of any servicemember in the nation’s defense is tragic, it could be argued that for the first time in US history, combat morbidity and mortality had little influence in the prosecution of the war. Military medicine, along with advancing technology, saved lives that would have been taken in any other war, at any other time. Unlike wars passed, flagged-draped caskets in the twenty-first century were the exception and not the norm.

However, there is a cost for war. Although the nation has been spared the imagery of caskets on the evening news, twenty years of conflict has created a human toll that has not been fully actualized. Despite unprecedented survival, tens of thousands of veterans returned home and live today with an extraordinary array of physical and emotional wounds. More than 138,000 servicemembers have been diagnosed with PTSD. More than thirty thousand have been diagnosed with moderate to serve brain injuries. More than sixteen hundred have returned home with major limb amputations. The effects of these devastating injuries on so many servicemembers remain relatively unknown. Yet, one can only wonder how they may influence veteran suicide, substance abuse, domestic violence, and chronic medical conditions. The actual costs of the war in Iraq and Afghanistan will be recognized over the next ten to fifteen years, as the average veteran of America’s post-9/11 wars approaches middle age and requires greater healthcare services. More likely than not, veteran nondiscretionary spending will substantially grow over the next two decades in response to the increasing demand of current and former servicemembers. Much like the cost of the wars, the burden of caring for its casualties remains to be seen and will become the expense of our children.

The New Calculus for War and Great Power Competition

As the United States pivots its strategic lens to the rise of great power competition, it is unclear how blood will influence the use of the military instrument. A near-peer conflict between the United States and China would produce catastrophic human losses on both sides, very likely creating a war of attrition that would resemble the stalemate of World War I. For the United States, the inevitable lack of air superiority and rapid casualty evacuation—both of which characterized our wars over the past two decades—would drive mortality upwards. Undoubtedly, Americans would experience loss and the return of their sons and daughters in flag-draped caskets.

Although the mass mobilization of forces between the two powers is unlikely for a variety of reasons, it is not impossible. However, it is far more plausible that conflict will occur on the periphery, taking the form of proxy confrontations where cyber, special operations forces, and contractors exact US foreign policy. In such a scenario, there is little reason to believe that technology and the influence of military medicine will become less effective. Just the opposite, it is far more likely that military medicine and novel technology will continue to blunt the physical costs of war, largely keeping American society disengaged from the discussion. If this is true, the cost of war for Americans will largely remain as it has for the last twenty years, second-page news, where a generation of combatants return home in states of brokenness and amid growing national debt.

Through a monumental feat of science and technology, modern military medicine has created conditions where survival from battlefield injury is almost an expectation. This is an extraordinary achievement from a human perspective, and presents a decisive strategic advantage for the United States. But we must also contemplate the downstream effects of medical innovation. The first is the care of our veterans. Specifically, how will we care for a growing population of surviving combat-wounded? What resources will be in place before we engage in conflict to ensure that our servicemembers are appropriately cared for when they return? The success of trauma management is often viewed in the context of acute injuries, and rarely are long-term concerns a priority in the acute setting. The care and cost must be a factor as we plan for war.

Second, how does senior military leadership communicate successes and challenges on the battlefield with policymakers and the people? Unfortunately, survival from battlefield injuries is not an indicator of strategic success in the mission. We must be cautious to ensure that successes in military medicine are not viewed as surrogate measures for success on the battlefield.

Lastly, what direction does the moral compass of our nation point? Survival of battlefield injuries may prolong the nation’s will to engage in conflict. It is plausible that the lack of combat mortality minimized public scrutiny over the past two decades. If Clausewitz’s view of war is accurate, we must ensure that the populace remains engaged. If the last two decades provide any lessons, a powerful question lies before us. If, at the end of the day, nine out of every ten casualties survive their injuries, how much does war really matter to the American people? And if gold and treasure no longer define the toll of conflict, what is the new calculus for war?

Dr. Matthew D’Angelo is a US Army Reserve Nurse Corps staff officer assigned to the Joint Staff, J7, and is a civilian faculty member at the Uniformed Services University of the Health Sciences. Dr. D’Angelo is a veteran of Operation Iraqi Freedom and Operation Enduring Freedom. He is a 2021 graduate of the National War College.

The views expressed are those of the author and do not reflect the official position of the United States Military Academy, Department of the Army, Uniformed Services University of the Health Sciences, or Department of Defense.