Why Gamers Will Win the Next War 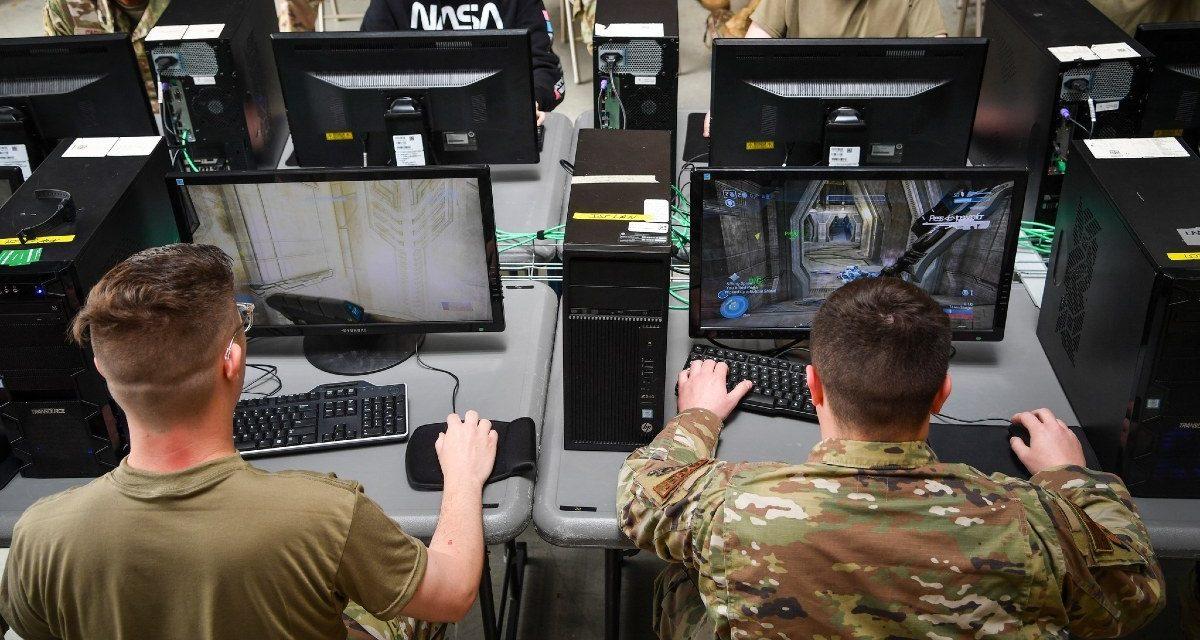 A storm is brewing. Thousands of gamers are working to upend traditional models of training, education, and analysis in government and defense. This grassroots movement has developed across several countries, under a joint venture—Fight Club International—within which civilian and military gamers are experimenting with commercial technologies to demonstrate what they can do for national security challenges. But while technology is at the core of this initiative, its more fundamental purpose is to change culture—no easy feat in military organizations, with their characteristic deep sense of history and layers of entrenched bureaucracy.

A common obstacle to introducing transformational technology is the imagination of the user—or, put differently, the willingness of the user to be genuinely imaginative. Early testing with Fight Club, in a constructive simulation called Combat Mission, showed that civilian gamers with no military training outperformed military officers with years of experience. The military gamers were constrained in their thinking and clung dogmatically to doctrine. They discovered, to their frustration, that their speed of decision-making was lacking against gamers with greater intuition and skill.

At the NATO Allied Rapid Reaction Corps, this is beginning to drive change. Recently, alongside a traditional wargame, a Royal Marine major played Combat Mission to explore with greater fidelity what the potential reconnaissance fight in the wargame’s scenario would look like. In doing so, the officer illuminated a corps reconnaissance mismatch, which led to necessary changes to the corps plan. The study of war through experiential learning vis-à-vis games is enabling warfighters to become more adaptive.

Given vast budgets and direct access to world-leading science and technology, Western militaries are among the most empowered to capitalize on advancements in modern computing, data exploitation, and artificial intelligence. Yet, they face an equally significant obstacle: conservative institutionalism. The test these militaries face mirrors the greater societal challenge of retrofitting state services with transformational capabilities designed for a more efficient future.

Few institutions have a more profound sense of their past than the military. Young, aspiring military commanders consult their history books when developing an understanding of what it means to lead. Examples may vary but the themes are similar: physical presence on the battlefield, setting a personal example, inspiring followers with words and deeds, selfless commitment.

What if all that was to change? How would an institution with such deep historical roots adjust to the disruptive forces of modern technology? How do you embrace start-up culture when your DNA is bound by the past and immobilized by bureaucracy?

Modern militaries will pay institutional lip service to the disruptive capacity of technological advancement, incorporating terms such as “revolution in military affairs” into their professional lexicons. But how many military leaders will vote to make themselves (or the organizations they grew up in) obsolete? The individual fear of personal obsolescence is, collectively, an institutional obstacle to change. Unimpeded, technology will do to the military what Frederick W. Taylor did to US industry in the early twentieth century: if not vital to the enterprise, you are no longer required. Had that process not taken place in industry, the United States would have been left with an outdated and unviable industrial production model and, consequently, vastly diminished economic power. Likewise, if fear of obsolescence is allowed to stop it from occurring in the military, the result will be an outdated, overmatched force—too slow and too inefficient to keep pace with adversaries.

The human factor is technology’s greatest limitation. Pilotless fighter aircraft can outmaneuver piloted aircraft given respective G-force tolerances. Modern autonomous vehicles are by some estimation 70 percent safer than an average driver. Modern ground sensors will detect images and patterns better than a human. A $30 thousand drone can search more ground than a $12 million manned reconnaissance vehicle. Yet, there is a reluctance to adopt these technologies wholeheartedly, and it stems from the fact that humans like to be relevant—a subjective frailty felt keenly in institutions built on a foundation of human example. Witness the powerful narrative at play in Top Gun: Maverick.

What of the human? It is not the value of the human to pull a trigger, but to exercise judgment over whether to pull the trigger at all. It is the human role to appreciate strategic context, appreciate consequences, and apply moral judgment. Technologies like AI demand that humans continue to do this, but more quickly and better. The Fight Club group in the UK, partnered with the UK Defence Science and Technology Laboratory, is exploring how games can improve human performance in a fast-paced war, where robots and unmanned platforms are changing battlefield dynamics. Early evidence shows that the military is not yet ready for this type of fight. It is fast and lethal, requiring new structures and capabilities to contend with a maelstrom of complexity.

Alongside better bots, the military needs better humans, capable of navigating complex adaptive systems with greater speed and wisdom. We need to discover and develop modern-day Ender Wigginses, capable of coordinating a symphony of capabilities to harmonize effects on a sensor-ridden battlefield.

What of the gamers? Well, they can help. If the last century was defined by the power of motion pictures and the moving image, the twenty-first century replaces these linear media experiences with the interactive power of gaming. Games generate powerful stories, experiences, and most importantly, data. There is enormous potential in gaming through the unfettered collection of learning data. Fight Club is pushing in this direction by crowdsourcing insights from games, to inform new ways of thinking and fighting. From strategic-level matrix games that examine ways to compete in gray zone warfare to simulating ways to defeat integrated air defenses, wisdom from the crowd helps identify anomalies worthy of further exploration. This is the way. This leads to discovery, learning, and adaptation—in peace and war.

Changing how we fight is as (if not more) important than buying new things to fight with. Games in the US Marine Corps found asymmetric advantages to offset the need for more heavy and expensive tanks. The US Air Force leverages a commercial game, Command: Professional Edition, to stress test concepts and inform procurement purchases. The United States Intelligence Advanced Research Projects Activity has researched how gaming can mitigate cognitive biases that affect decision-making and intelligence analysis. Studies show that games-based learning increases a gamer’s capacity for sensemaking. Clearly, leveraging gamers and introducing more gaming can improve strategic performance in defense and government, but will we allow a cultural change to take root? Or will institutional biases stand in the way?

The world’s leading military academies contain the portraits of history’s most storied leaders—to use Theodore Roosevelt’s words, those that were “actually in the arena.” But what if the future, with an emphasis on rapid judgment rather than physical example, demands that our leaders remain above the arena, not actually in it. That they exploit the cold, dispassionate vantage point of a spectator to orchestrate a clear strategy, rather than an emotive calculation influenced by the “sweat and dust and blood” of battle.

The idea that the generals of the future are the gamers of today will be anathema to institutions built upon practical example. Yet, if we cling to the past and remain fixed in the present, we will inevitably mortgage our future.

Lieutenant Colonel Nicholas Moran (British Army) and Colonel Arnel David (US Army) are members of the NATO Allied Rapid Reaction Corps. They have advocated for and delivered purposefully disruptive experimentation examining how AI and machine learning can advance the processes and planning methodologies of targeting, wargaming, and decision-making across land headquarters. Thanks to Shashank Joshi and Nicholas Krohley for an early read and review of this article. Any errors or issues are the authors’ own.

The views expressed are those of the authors and do not reflect the official position of the United States Military Academy, Department of the Army, or Department of Defense, or that of any organization the authors are affiliated with, including the British Army, or NATO.