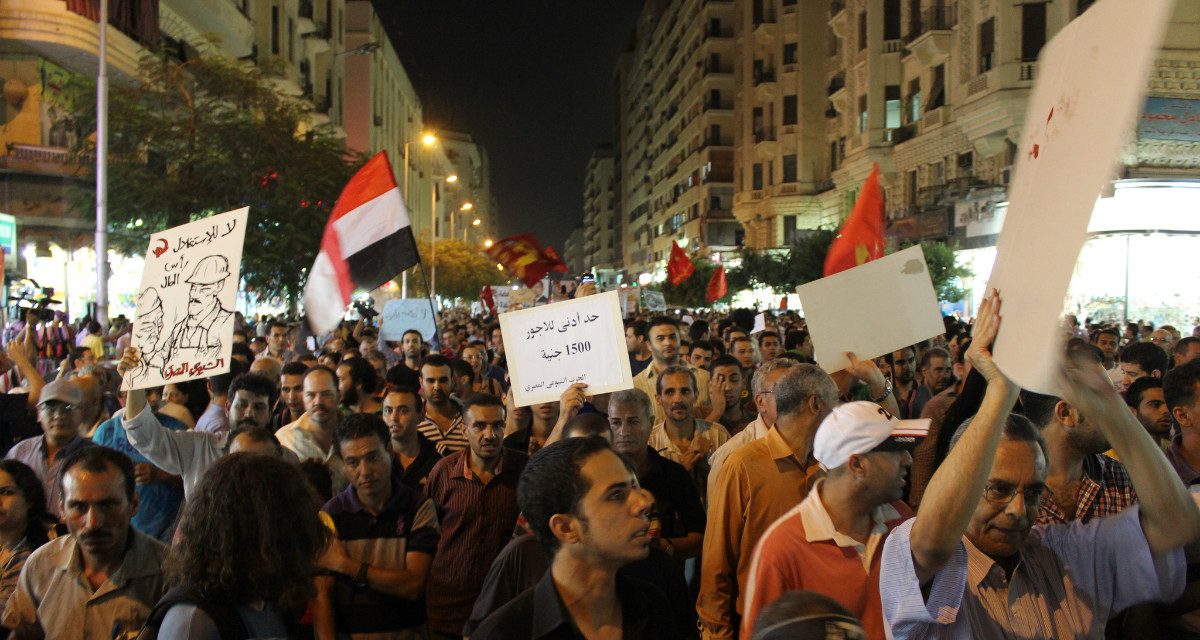 At the height of the 2011 uprising against Egyptian President Hosni Mubarak, Egypt’s Muslim Brotherhood made a fateful decision. The Brotherhood’s senior leadership decided to stage a protest in front of Egypt’s Ministry of Interior, long the symbol of state oppression, with the ultimate goal of storming the building.

The Muslim Brotherhood’s political saga—from banned organization to the presidential palace and back again—is an intriguing one.

Arab Fall combines a clear grasp of Egypt’s turbulent timeline and its key events with a solid analysis of one its key players. It is useful for anyone who wants to better understand the Muslim Brotherhood in Egypt or its decision making, or the 2011 Egyptian uprising more generally. Trager’s work draws on his interviews with dozens of key members of both the Muslim Brotherhood and other Egyptian political parties during or just before Egypt’s revolutionary upheaval.

The Brotherhood’s ideology reflects the views of its founder, Hassan al-Banna, who saw Islam as inherently political—a view that challenged over a thousand years of Islamic jurisprudence.

Organizationally, Trager writes, the group “is neither a protest movement nor a political party, though it has occasionally behaved like both. It is first and foremost a vanguard—a rigidly hierarchical organization that seeks to transform Egyptian society, the Egyptian state, and ultimately the world.”

One of the clear there themes in Trager’s book is a lack of management skills among the Brotherhood’s leadership. In his telling the Muslim Brotherhood ran a great political campaign against divided opposition but found actual governance overwhelming. Thus, the idea, popular in some rightwing circles, that the Muslim Brotherhood is closing in on its long-held goal of a global takeover seems laughable. Even other Islamists have been dismissive of the Brotherhood’s plans in this regard. The Sudanese Islamist Hassan al-Turabi once quipped after leaving the organization, “You can’t run the world from Cairo.”

Still, there is no doubt that Brotherhood is skilled in a sort of double discourse, saying one thing in Arabic and another to the West—in some cases, at the same time. That is either caused or compounded by the fact that there are several factions within the Muslim Brotherhood.

It is often forgotten that the Brotherhood initially pledged not to put forward candidates for the Egyptian presidency or many of the seats in parliament. However, the group soon reversed its decision. Mohammed Morsi won the presidency in the face of a divided opposition and the largest share of seats in parliament.

Trager shows the party’s organization was key to these wins. The interim military government’s decision to investigate pro-democracy NGOs for criminal activity and the subsequent imposition of travel bans on democracy workers, Trager argues, helped the Muslim Brotherhood, which was far more organized than opposition groups. Most of the left and the liberal opposition failed to create a national party or build broad-based support. Ironically, the only party which might have been able to mount an effective opposition, Hosni Mubarak’s National Democratic Party, was banned from running.

During the revolution, the Muslim Brotherhood slowly burned bridges with other political actors in Egypt—not just the liberal groups supported by international aid organizations, but also fellow Islamists. Egypt’s Salafists, who preach an even more austere version of Islam, quickly became enemies. Trager offers a great anecdote which illustrates this. At a meeting, the Muslim Brotherhood’s Mohammed Morsi, who would go on to be president, was at a meeting with a head of the Salafist movement in Egypt. “Men inta?” Morsi asked. Who are you? After being introduced, Morsi repeated the question. “Men inta?”

Trager believes that the Brotherhood has learned the wrong lesson from President Morsi’s toppling from power in a military coup in 2013, after only a year in office. The Muslim Brotherhood’s leaders “believe that Morsi’s ouster was largely the product of a conspiracy within the Egyptian state and have vowed to use future moments of regime change to seek vengeance,” he writes in conclusion. “In other words, if the Brotherhood gets a second chance, it is prepared to repeat many of the same mistakes.”

Having reported in Egypt during this period (full disclosure, one of my articles is mentioned in the footnotes) I can attest that evolutions are hectic times, and something as simple as keeping the cast of characters and the plotlines in order is no easy task. Trager’s book provides an essential timeline for the revolution—a valuable service. However, for Western policymakers, the real benefit of the book is a glimpse into Muslim Brotherhood’s decision making during a crucial period of its history.