With or Without You: Arctic Security Dialogue is Meaningful Even Without Russia, but Here’s How to Involve Moscow in the Future—and Why We Should 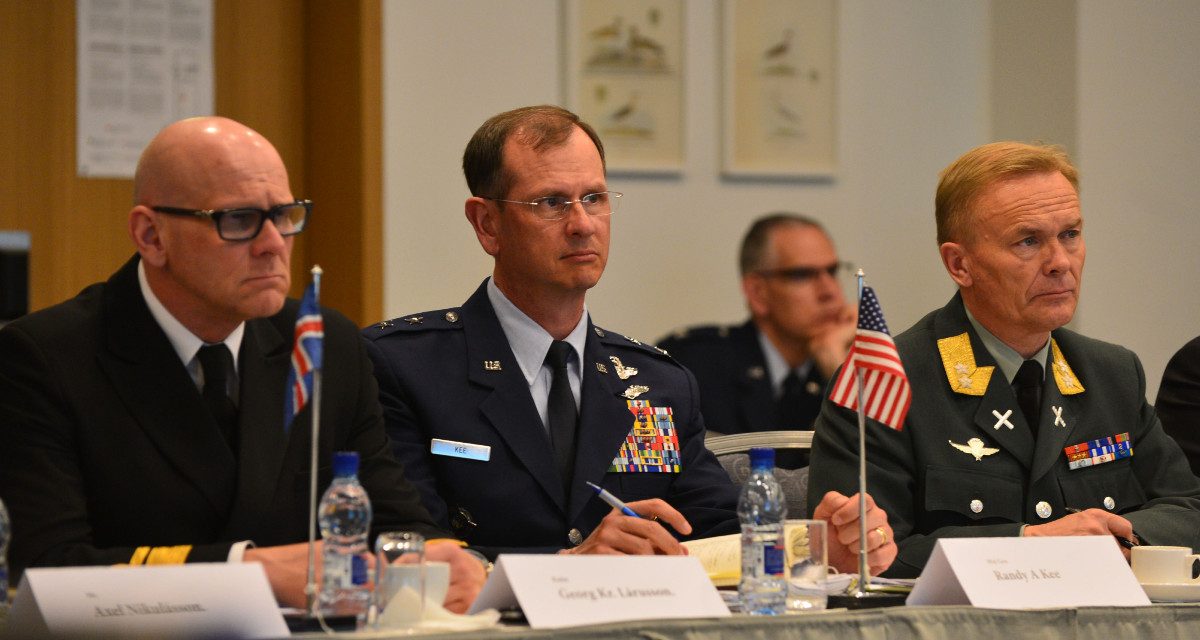 The Arctic has long been a theatre of military-strategic competition, which reached its highest levels during the Cold War. Although the Soviet Union collapsed, much of Russia’s strategic nuclear stockpiles remain above the Arctic Circle. Moscow has since engaged in significant military modernization, including enhancement of its military footprint as well as movement to revitalize and expand its military capability in the Russian Arctic, especially in the maritime domain. In response, the Arctic states and NATO members have also increased defense expenditures and engaged in the Arctic great power competition rhetoric. Clearly, the Arctic region is back, front and center in strategic competition—even before factoring in Chinese Arctic interests.

Fortunately, the region has remained largely cooperative and free of armed conflict, and it is notable as a theater in which four of the five Arctic Ocean–rim states are also NATO members (Canada, Norway, Denmark [via Greenland], and the United States) who work relatively well with Russia on nonsecurity issues. Arctic cooperation can be strongly attributed to the effectiveness of a key governance forum—the Arctic Council—not least because its charter mandates no discussion of military-strategic affairs. To date, the lack of a formal security dialogue forum has not resulted in mismanaged incidents or exacerbated tensions.

However, the limits of Arctic stability without collective security management may be reaching an end. Whether by coincidence or because of the lack of an institutional framework, strategic interests and operational posturing are finally approaching dangerous levels. Interests in conducting high-level military discussions involving Arctic security are not new. But as a result of US sanctions against Russia since 2014, military-to-military contact between the United States and Russia has been suspended and defense dialogue is not allowed.

Yet, it has been decided to conduct an Arctic security meeting—without Russia—via the Arctic Security Forces Roundtable (ASFR). In May 2021, Finland will host the ASFR, in which senior military officers from Canada, Denmark, Finland, France, Germany, Iceland, the Netherlands, Norway, Sweden, the United Kingdom, and the United States will meet to “coordinate policy and work towards tangible actions that can lead to peaceful progress and stability in the region.”

ASFR has been a (roughly) annual, non-NATO event since 2010, co-chaired by US European Command (USEUCOM) and the Norwegian Defence Staff, and hosted in alternating years in Europe by USEUCOM and in North America by US Northern Command. As a two-star–level event, it has been considered highly effective. Its utility involved the promotion of Arctic dialogue on military matters, the enhancement of military exercise information sharing and the deconfliction of military-strategic operations between Arctic neighbors. Generally, the ASFR often includes a training exercise in which members simulate military responses to theoretical Arctic challenges. For example, one year the ASFR wargamed a regional response to a volcanic eruption. In 2013, the ASFR focused on the fallout of increased maritime traffic in the Arctic zone. Since 2014, the ASFR has run in a reduced-tempo mode often on the sidelines of other Arctic gatherings, including 2019 when it ran in Greenland with a focus on the emerging strategic implications of China’s Arctic interest.

Holding the ASFR once more without Russia, and so close to when Moscow will take the reins of the Arctic Council chairmanship, may seem like a deliberate snub to Russia. Even though Russia has mostly stopped trying to attend, this might not be the case. Regardless of the current devolution in diplomatic circumstances, the Arctic remains a region that can be considered separate from such tensions. There continues to be a strong appetite by all Arctic nations to hold hard-security discussions concerning the Arctic, but which US sanctions currently prevent. What must be understood is that the US Department of Defense—who would be at the center of any Arctic security discussions with their Russian counterparts—as well as the US State Department, cannot change this status. US sanctions are legislated by Congress, which suspended mil-to-mil contact with Russia in 2014.

For Russia to be part of the US co-hosted ASFR event, Congress must invoke a waiver. Currently, there is not much confidence that Congress has enough interest to allow Russia to participate, at least not in time for the upcoming event. One of the problems with granting a waiver involves a real or perceived issue with undermining the purpose of the sanctions, to include the position of United States and its Western allies. A waiver for Russia to participate in the ASFR might send the wrong signal or mixed messages regarding the seriousness of opposition to the behavior that triggered the sanctions against Russia in the first place—its annexation of Crimea and intervention in Ukraine. Altogether, this circumstance is quite daunting from diplomatic and international relations perspectives.

Arctic military activities will continue apace—both rhetorically and operationally—but with more actors and resources in play than ever before. Traditionally, major incidents tend to drive change toward stabilizing efforts in a deteriorated situation. However, the Arctic is different. Countless people and organizations have worked tirelessly to get in front of Arctic issues and avoid being compelled to do so by events that take on their own momentum, with the Arctic Council leading the way in both purpose and practice. Within the same regional auspice, Arctic defense officials seem ready to engage in complementary efforts to facilitate northern stability before being forced to do so. To the extent possible, actors and stakeholders realize that we have the opportunity to identify and resolve growing issues before they culminate into gross mismanagement or even violence in the Arctic.

Although sidelining Russia during the 2021 ASFR may seem strategically provocative, perhaps the lack of Russian requests to participate since 2014 could soon change. To be fair, Moscow would correctly point to the fact that it has not been invited, and this is complicated by the lack of a clear Russian point of contact. Circumstances are changing, though, and the growing security issues of the Arctic require active stabilizing steps sooner rather than later. That said, holding ASFR without Russia may serve two useful purposes: first, addressing existing and potential issues that need attention, with or without Russian involvement; second, more importantly, demonstrating the extent to which Russia is required for effective discussions. On the first point, Western allies can identify, define and implement recommendations on issues that may help to avoid or reduce unnecessarily agitating Russia. With regard to the second point, little else can provide concrete evidence about necessary adversarial perspectives like a complete lack of adversarial participation. If ever there was a way to convince Congress of the need for a waiver, short of a dangerous incident or conflict, this might very well be that way. The upcoming ASFR may represent the appropriate demonstration of the US Department of Defense’s role—and that of its allies’ defense institutions—in (Arctic) national security to the State Department and Congress. If so, the timing is ideal, and the method is excellent.

Arctic Ocean–rim states have clear strategic interest in resuming formal Arctic security dialogues of the past like ASFR. It is an apt midway point between a regional military forum and the current out-of-mandate, out-of-sight approach of the Arctic Council. While much focus remains on questions of what role NATO should or could play in the Arctic and the tabling of various military-strategic forum arrangements to fend off hard-security concerns, we cannot deny the utility of the existing (and workable) ASFR concept.

The key issue going forward now becomes how the United States and Russia’s other Arctic neighbors officially re-engage with Moscow in the Arctic military-security context. It is not feasible to continue to deny the questions and challenges raised by the return of military-strategic concerns in the Arctic. Nor is it viable to seek to craft and implement military-security plans without engaging the sovereign authority of over 50 percent of the Arctic. Congress will likely soon be the deciding factor in how the future of potential hard-security stability in the Arctic progresses or deteriorates. Furthermore, Russia has the opportunity to demonstrate value and trustworthiness as an Arctic partner by participating in security dialogues, as Moscow have repeatedly recommended. Safeguarding Arctic exceptionalism will require enhanced commitment to dialogue between Moscow and Washington. Indeed, invoking the waiver and bringing Russia in from the cold in the context of Arctic military-security discussions will signal Congress’s resolve to maintain low tensions in the high north. Of course, it is also simply common sense. Attending ASFR would also help signal and legitimize the Russian global role involving international relations.

Troy J. Bouffard is director of the Center for Arctic Security and Resilience at the University of Alaska, Fairbanks.

Dr. Elizabeth Buchanan is lecturer of strategic studies for Deakin University at the Australian War College and a fellow of the Modern War Institute at West Point.