Where Are the Women? The Unfortunate Omission in the Army’s COIN Doctrine 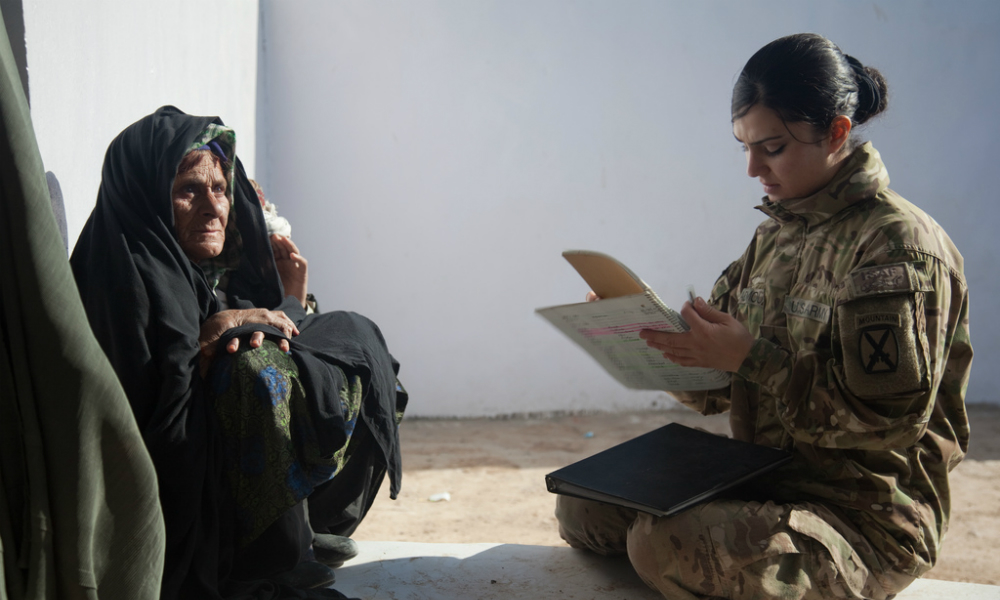 Counterinsurgency operations have been infamously described as “armed social work; an attempt to redress basic social and political problems while being shot at.” The foundations of COIN rest entirely on the population—the objective is to win over the hearts and minds of the people. The major literature concerning counterinsurgency places a significant emphasis on the need to engage local populations; however, most work neglects to acknowledge gender as a factor that can influence an operation’s success. Drawing from experiences in Indochina, Greece, and Algeria, French military officer David Galula concluded that in counterinsurgency, the aim of war is to gain support of the population rather than to gain territory. It was Galula’s observations that ultimately inspired then-Lt. Gen. David Petraeus to lead a workshop that would result in the US Army’s counterinsurgency field manual (FM 3-24). Drawing upon the fundamental concepts laid out by Galula, FM 3-24 firmly establishes population-centric operations at the center of the Army’s COIN doctrine. Among the manual’s key principles, securing the population and establishing government legitimacy are the most prioritized objectives. To this day, Galula’s work serves as the primary foundation for contemporary COIN theory and remains largely unchallenged.

In a COIN environment where the population is the center of gravity, access to the entire population is an obvious necessity for operational success. But this poses a serious problem for counterinsurgency campaigns that are conducted within societies that uphold strict cultural norms forbidding the interaction of men and women. How does one begin to win the hearts and minds of a population when half of its members remain unreachable? Although FM 3-24 acknowledges that women hold significant influence over the social networks that lend support to insurgencies, it provides very little advice on how to co-opt local women into the US military’s counterinsurgency efforts. Throughout the entire 282-page manual, the word “women” appears only eight times (the singular “woman” never appears at all). A single paragraph dedicated towards the engagement of local women notes that “when women support COIN efforts, families support COIN efforts. Getting the support of families is a big step towards mobilizing the local populace against the insurgency.” Questions regarding how to garner the support of women during a counterinsurgency campaign, however, are never addressed. By neglecting to recognize how women impact the social networks from which insurgencies derive their support, how can we truly understand how these insurgencies function and successfully operate?

The women of Afghanistan and Iraq—the two countries where US forces’ struggle to contain insurgencies led most directly to FM 3-24’s genesis—are by and large some of the most vulnerable victims of insurgency violence, and also happen to be some of the most invisible. For soldiers conducting counterinsurgency campaigns, it is important to recognize that men and women are differently affected by conflict because of their roles, needs, priorities, status, and access to power and legal structures. Women and girls, while less likely to be victims of most type of battlefield-related physical violence (combat wounds, torture, etc.), are often targets of sexual violence or domestic violence in far greater numbers—both during and after an insurgency. In a society recovering from conflict, political institutions meant to restore order and legitimacy can be weak, allowing the populations they are meant to protect to become incredibly vulnerable. Ultimately, unaddressed violence towards women directly violates a key COIN principle—providing physical security—and thus impedes any ability to conduct successful counterinsurgency operations.

When U.S. forces toppled the Taliban government following the 9/11 attacks, it was generally believed that the rights of women and girls would not just be protected, but championed by Afghanistan’s new leaders. But despite some improvements, life for Afghan women living in areas where militant factions still maintain control is relatively unchanged. Women living in local communities controlled by insurgents remain the victims of threats, restrictions, and targeted violence. In Iraq, the conditions women faced changed more markedly after the US-led invasion, but not for the better. In the total state of lawlessness following the removal of Saddam Hussein, there was an overwhelming return to religious fundamentalism. Before the war, women in Iraq made up roughly half of the country’s college students and over half of the country’s workforce. Most Iraqi women had the freedom to do what they wanted—including the freedom to travel alone throughout the country without any concern. Within months of the invasion, however, it was almost impossible for Iraqi women to leave their homes alone without the protection of a male relative; a woman or girl out by herself risked anything from insults to abduction.

The security of women and girls is a fundamental element of human security more broadly, and thus inherently linked to the security of the state, as witnessed in both Afghanistan and Iraq. Within the framework of human security, threats include not only war and international violence, but also domestic violence, rape, poverty, gender subordination, and ecological destruction. Shifting the focus to human security allows us to recognize the impacts of insecurities on people, not just their consequences for the state, a deeply important point of emphasis in a counterinsurgency campaign, in which support of the people represents a key operational objective.

The US military began to recognize the importance of integrating women into counterinsurgency operations after encountering issues that prevented male soldiers from properly addressing or communicating with Muslim women in Iraq. In both the Marines and the Army, women were integrated into operations—in the form of Female Engagement Teams—which successfully allowed female Iraqis to be searched for concealed weapons and contraband items at military checkpoints and during a wide variety of missions. In Afghanistan the US military also began to deploy small groups of women as detachments to male infantry units conducting counterinsurgency operations on the ground. Serving as advisers and liaisons, these teams were able to collect vital information on insurgent networks from families and communicate with Afghan women without enflaming cultural sensitivities surrounding gender. Matt Pottinger, a former Marine intelligence officer who helped create and train some of the first engagement teams in Afghanistan, has written extensively on the strategic value that FETs offered. When one of his teams visited a village in southern Afghanistan, an elderly man opened his home to the female soldiers, telling them, “Your men come to fight, but we know the women are here to help.”

Co-opting neutral or friendly women through targeted social and economic programs can help build networks of enlightened self-interest that eventually undermine insurgents. Women in Iraq and Afghanistan are often excellent sources of information about a particular district’s social fabric, and can help identify local power brokers and militants—all crucial data for American forces conducting local COIN operations. Pottinger has even claimed that on some occasions, women have provided information about specific insurgents and the makers of bombs, tactical intelligence that saves lives. Additionally, a close friend of mine who served in Afghanistan recalls how valuable her role was as one of the only women in her unit to work alongside the Afghan National Army (ANA) in Kandahar Province’s Panjwai District, widely recognized as the spiritual birthplace of the Taliban. Compared to her male counterparts, she was not only better received by local women, but also by local men and the Afghan commanders she closely worked with. “The ANA commander would always seek me out to ask how I was doing and if I spoke to my family recently. He always gave me the most sugar in my green tea, symbolic of his respect for me,” she recalls. “He didn’t just see me as an American soldier or as an ally, but as a daughter. He saw me, in my youthful innocence, as a daughter, a niece, a cousin, a family friend, and someday, a wife and mother. To them, my presence had solidified my place as an important member of my team as well as someone they cared about.”

There are a handful of military leaders that have come to recognize that you cannot gain the trust of any population if you only talk to half of it. Although FM 3-24 highlights the influence local women can hold over insurgency networks, there is little to no guidance instructing commanders and soldiers how to best engage these women—and this is doctrine, where such guidance should be found. As a result, discretionary judgment has become a critical component guiding not only how we implement basic COIN principles, but also how we integrate women into COIN operations. Just as company commanders can decide which aspects of FM 3-24 are most applicable to a particular operation, they can also decide how valuable Female Engagement Teams are to their unit’s operational success. Ample autonomy on various combat outposts has allowed some commanders to frequently deploy FETs, while others have chosen to use them sparingly. If the population truly is the prize, as COIN theory asserts, then Female Engagement Teams accessing a previously untouchable half of the local populace will ultimately have some kind of influence over the social networks that are exploited by insurgents. Following the logic provided by population-centric COIN doctrine, winning the support of local females in Afghanistan and Iraq should then lead to an overall decrease in insurgency violence. Despite recent deployments of FETs in Afghanistan and Iraq, no updates have been made to FM 3-24 to more explicitly address gender or the operational value of engaging local women. The road ahead in integrating women into combat units and counterinsurgency operations will be slow and arduous. But we have reached a critical juncture. Now more than ever, the participation of women in counterinsurgency operations is desperately needed if we wish to defeat our foreign enemies. Before anyone argues that the role of women in counterinsurgency operations is useless and ineffective, maybe we should give them a fighting chance. 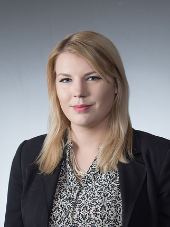 Megan Anderson is currently pursuing her master’s degree at the Josef Korbel School of International Studies. She writes at and is the creator of PolicyLovers.com. The views expressed are those of the author and not necessarily those of West Point, the Department of the Army, the Department of Defense, or any agency of the US government.