When the World Banned War 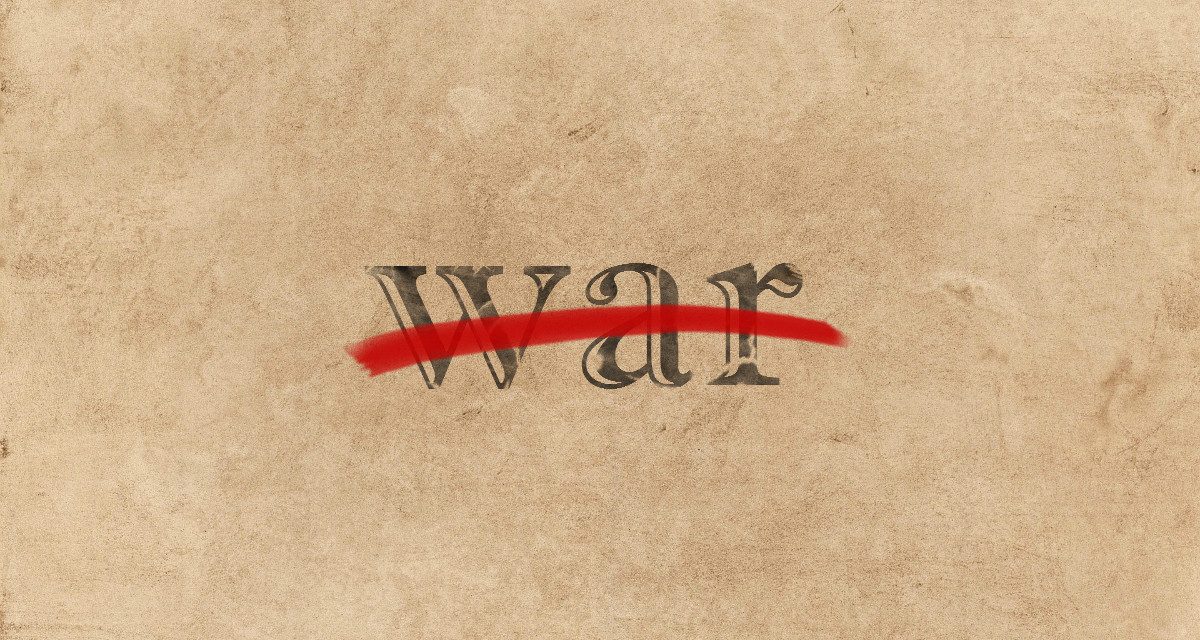 Oona A. Hathaway and Scott J. Shapiro, The Internationalists: How a Radical Plan to Outlaw War Remade the World (Simon & Schuster, 2017)

Ninety years ago, representatives of some of the world’s leading nations came together and did something momentous: they outlawed war.

While even a cursory study of contemporary world history suggests their action was less than wholly successful, at a 1928 gathering in Paris, dignitaries from fifteen nations signed the Kellogg-Briand Pact. In signing the peace agreement, the world leaders renounced the use of war as a legitimate means to resolve international disputes, marking a radical departure from the past. Until then, the story of the world was very much one of human conflict as the primary means of arbitration. Haunted by the recent devastation of the First World War, these leaders met in Paris to renounce the international order most violent manifestations and pledge their commitment to a new vision in which war would no longer be used as an instrument of national policy. Heavily criticized for its ineffectiveness in preventing World War II just a decade after its signing, the Kellogg-Briand Pact nevertheless set in motion a transformation in the international legal order by codifying the ideal of peaceful cooperation across national borders. In their scholarly and richly nuanced account of the history of war and the legal effort to prevent it, Oona Hathaway and Scott Shapiro construct a compelling narrative of this transformation of the international order, arguing that the oft-scorned Kellogg-Briand Pact was not only a significant symbolic step, but marked a fundamental shift in the practice of international relations.

Prior to the passage of Kellogg-Briand, states adhered to a legal regime primarily governed by the use of aggression. This Old World Order, as Hathaway and Shapiro refer to it, legitimated the use of war as an acceptable means for sovereigns to enforce their claims against each other. This regime, in which “might makes right,” guided the mercantilist empires as they colonized the globe and explains the persistent conflict between European states that ultimately culminated in World War I. The global devastation resulting from this unprecedented conflict would shock the world, and leave behind a political environment in which a new vision of the international legal order could at last gain traction.

The architects of the Kellogg-Briand Pact sought, first and foremost, to remove the legal justification for conquest. Championed in slightly different forms by two Americans, Samuel Levinson and James T. Shotwell, the outlawry movement sought to change the dialogue from laws outlining the tenets of acceptable war to laws forbidding the practice altogether. The outlawry movement shrewdly capitalized on the international community’s focus on disarmament and France’s desire for a collective security arrangement with the United States to catapult the radical peace agreement to the forefront of international attention. These efforts culminated in the signing of the Kellogg-Briand Pact at the 1928 Paris Summit, advocating a new conception of acceptable state conduct.

From the moment of its signing in the Salle de l’Horloge, the pact faced fierce rhetorical and practical challenges. The experience of Axis aggression mere years after its signing proved that such an endeavor would be a lost cause without strong enforcement mechanisms. Having formulated no robust plan to deal with states in violation of the treaty, the pact nearly buckled under its first test when a paralyzed League of Nations watched helplessly as imperial Japan invaded Manchuria and central Europe sank into fascist militarism. It took a conclusive Allied victory in World War II to uphold the radical prohibition on aggressive war enthusiastically pronounced two decades earlier. With the Axis surrender, the trial of its principal aggressors at Nuremberg, and the establishment of the United Nations, a new international reality began to unfold. This New World Order brought forth an international legal regime in which conquest and aggression were wholly unacceptable. At long last, the world powers made the use of aggression a crime, forbade the employment of coercion in the making of international agreements, and permitted the levying of economic sanctions as legitimate means to resolve dilemmas between states. This dramatic reversal of international legality overturned the pillars of the Old World Order and opened the way for the prosperity and security in a future directed in earnest toward the attainment of peace. After confronting, but surviving, the challenges of its infancy with the outbreak of World War II, the termination of this conflict ultimately validated the pact and led to its adoption as a critical piece of the modern liberal world order.

The Internationalists presents a highly nuanced argument that despite the Kellogg-Briand Pact’s initial challenges, it was ultimately successful in achieving its ideological goal. Hathaway and Shapiro advance the claim that the movement to outlaw war fundamentally shaped the modern era. They offer a highly compelling account, in engaging narrative style, of the rich and immensely significant history of the pact. They focus intently on the legal mechanisms at work throughout the history of war—a detail hardly surprising given that both are law professors from one of the most prestigious legal institutions in the country. The authors integrate their voluminous historical research with empirical analysis, resulting in a product sweeping in scope and masterful in its explanation of how the world arrived at its present-day circumstances in which conquest has all but evaporated, small states have undergone a relentless proliferation, and instability threatens from increasingly numerous failed states, civil wars, and terrorist actors. Perhaps most provocative among its many claims, The Internationalists suggests that the world has arrived at a turning point in its understanding of what constitutes fair cause for conflict.

In full acknowledgement of its sophistication and potency as a well-constructed argumentative account, Hathaway and Shapiro’s narrative is not without its troubles. While readers would doubtlessly find themselves hard-pressed to deny that the Kellogg-Briand Pact was at least of some significant consequence, they may find it difficult to accept the persistent claim that it was the cornerstone legislation of the modern world order. To assert that the pact is the lynchpin of the modern liberalized world is to run the risk of potentially drawing too much credit to the agreement and idealizing it. While The Internationalists removes all reasonable doubt that the Paris agreement was a significant development in international legal history, the norms and dynamics of contemporary international relations stem from the culmination of many events and factors, not just one agreement. Moreover, war has not disappeared as a method of addressing disputes in the international system. While conquest has certainly diminished and the aggressive territorial gains made by the Axis powers during World War II were largely reversed after the Allied victory, the liberal world order of today faces immense challenges. Granted only brief mention in the book, such dangers as a nuclear North Korea, the expanding influence and power of China, an authoritarian Iran with its own nuclear ambitions and regional proxies, a global complex of violent jihadist groups, and a bellicose and resurgent Russia—whose seizure of Crimea amounts to a modern-day conquest in itself—cast serious doubt upon the integrity of the system of international cooperation in the world today. Compounding these problems, the inexorable expansion of the doctrine of self-defense, inconclusiveness surrounding humanitarian intervention, and the profusion of small states with accompanying instability serve to undermine the system further. Hathaway and Shapiro’s conclusion that a peaceful and institutionalized world has taken firm root is ultimately justified in generalities amid tremendous difficulties. Indeed, based on empirical observation, one can’t help but wonder if Hobbes was right in asserting that conflict might be endemic to the human condition.

Nevertheless, ­Hathaway and Shapiro offer an appealing historical narrative of the fundamental rules that lend structure to the international order. Sweeping as many of the claims may be, the argument reflects abundant research and data. The prospective reader is certain to encounter an intriguing account full of careful distinction and critical analysis of how a vastly underappreciated agreement actually played a very significant role in international relations. While this book is particularly well-suited for readers with legalistic inclinations, scholars of international relations are certain to find the work compelling, as are those with a passion for world history and enthusiasts of just war theory. A thorough reading of The Internationalists will inevitably impart a greater appreciation of the state of international relations in today’s world and a better understanding of its most pressing concerns. Hathaway and Shapiro compellingly advance the claim that the contemporary international environment was fundamentally shaped by an aspirational vision of cooperation. Their work lends a powerful perspective on what it means to live within a world striving for peace yet ever pressed by the threat of conflict.