Yes, Unfortunately, Sometimes Militaries Must “Destroy the Town to Save It” 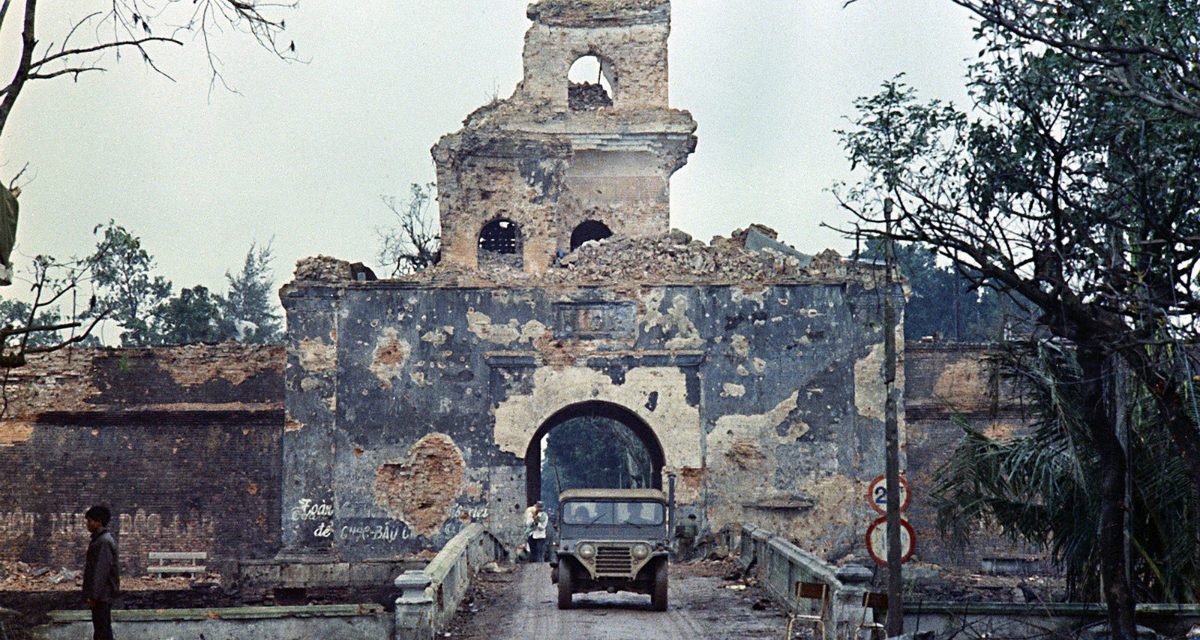 Fifty years ago this week, during the Tet Offensive in Vietnam, a US Army major famously remarked to a journalist, “It became necessary to destroy the town to save it.” Pilloried for its callousness, one fellow officer who claimed to have been present even said it went “down in history as an example of some of the insanity that was Vietnam.”

Myself an Army major, I know how crazy it sounds to most people. And, yet, while I am on the record as strongly opposed to empty platitudes like “the purpose of the military is to kill people and break things” (the military’s purpose is to protect and defend), I also know this infamous quotation from fifty years ago reflects one of the harsh, paradoxical realities of war: sometimes, unfortunately, militaries must destroy in order to save.

While some will scoff at that formulation, they should know that battlefields impose a different set of values than those of the civilian world. War has always been ruled by a logic of paradox—as Edward Luttwak has pointed out, the presence of an aggressor makes conflict a counterintuitive endeavor where a good road is a bad road because it is a good road (and thus the enemy will likely attack there). The ancient aphorism, “if you want peace, prepare for war,” follows the same sense.

And, unlike most other contests, at war there are few rules and no guarantees an enemy will abide by them. Sometimes that enemy gets to choose where the fight will go.

The worst choose cities. Arguably, the most extreme test of military forces is against a dug-in opponent in an urban area. This enemy uses civilians as a shield, and to metastasize, much the way some cancer cells “coerce neighboring healthy tissue into helping the disease’s growth and spread.” During the recent siege in Mosul, we’ve learned ISIS took and placed a newborn baby in a street to lure Iraqi soldiers into sniper range; three that came to rescue the baby boy were killed; finally, a tank got to him, but before the boy was saved, a dog dragged him off so violently the now seven-month-old’s arm had to be amputated.

When destructive forces become so deeply embedded within an otherwise well entity, the only option is often a severe measure like chemotherapy or surgery. In The Emperor of All Maladies: A Biography of Cancer, Siddhartha Mukherjee described the early stages of the “war on cancer”—which emerged, coincidentally, during the Vietnam era—featuring oncologists waging a tragic struggle in which the chemotherapy ward (“a sanitized version of hell”) often became an “iconic battleground.”

Cancer surgery may have been even worse than chemo, particularly the radical mastectomy: “an extraordinarily morbid, disfiguring procedure in which surgeons removed the breast, the pectoral muscles, the axillary nodes, the chest wall and occasionally the ribs, parts of the sternum, the clavicle and the lymph nodes inside the chest.” With death near, oncologists often had nothing else to offer patients than these brutal options, rendering the doctors “queasy” and “pivoting between defeatism and hope.”

Like doctors, while military officers didn’t invent the disease, we still do our best to understand, treat, and preserve a shot at full recovery for patients holding an otherwise certain death sentence.

Yet, as with oncologists, sometimes military officers are left to attack the problem with what’s available. Gen. (later President) Ulysses S. Grant once said the aim in such military operations is “always the idea to do it with the least suffering, on the same principle as the performance of a severe and necessary surgical operation.”

Philosophers have long chewed on this problem of close proximity between enemy forces and civilians. Brian Orend has described a doctrine in which officers facing this moral dilemma can still conduct war justly, provided they only intend to “destroy the military target,” that they are not using “civilian casualties as a means” to impact a military target, and that the military target is “worth the collateral dead.” Michael Walzer has also written that military forces must demonstrate “due care,” which is for soldiers to accept additional personal risk, like the Iraqi soldiers that went to rescue the baby in Mosul, to ensure civilian harm is minimized to whatever extent possible.

This moral compass is important because, increasingly, well-armed, nihilistic groups have set their sights on the world’s cities, purposely hurting and killing civilians. As President Ashraf Ghani recently said, Afghanistan is “changing from a war against armies to a war against people”—words that became even more prescient days after he spoke them when ISIS attacked global charity Save the Children’s headquarters’ in Jalalabad, killing five and wounding dozens. Ghani has also described Kabul as “under siege.”

The siege doesn’t stop there. Mosul. Aleppo. Marawi. Rio de Janeiro’s favelas. One million people in eastern Ukraine live in a concrete hell. Kim Jong Un holds hostage two of the world’s great megacities, Seoul and Tokyo. It’s no wonder a colleague at the Modern War Institute calls cities “the battlefield of the future.” And this trend—this cancer on civilization—will only intensify as humanity continues to leave the countryside for the cityscape.

To roll back this monstrous threat, military forces will need to use destructive means and must take “morally hazardous actions to preserve our civilization,” as Reinhold Niebuhr wrote.

When the Tet Offensive in Vietnam ended, and Life magazine covered the battle in the old imperial capital at Hue, the feature story included a caption that called the result a “paradox of war: the only way Hue could be won was by destroying it.”

Military officers, in particular, must hold onto these seemingly incongruent ideas—like Gen. Grant, whose last doctor described him as a “paradoxical” figure, noting his “sensitive abhorrence to the infliction of pain or injury to others,” with an equal recognition that the very same man had designed and executed the most ruthlessly effective campaigns of the American Civil War.

A phrase like “destroy to save” is similarly paradoxical—yet, we must permit its core truth. If we don’t, we risk losing civilians and cities with no end. Nobody should like it, but we shouldn’t dodge or duck this necessary military duty.