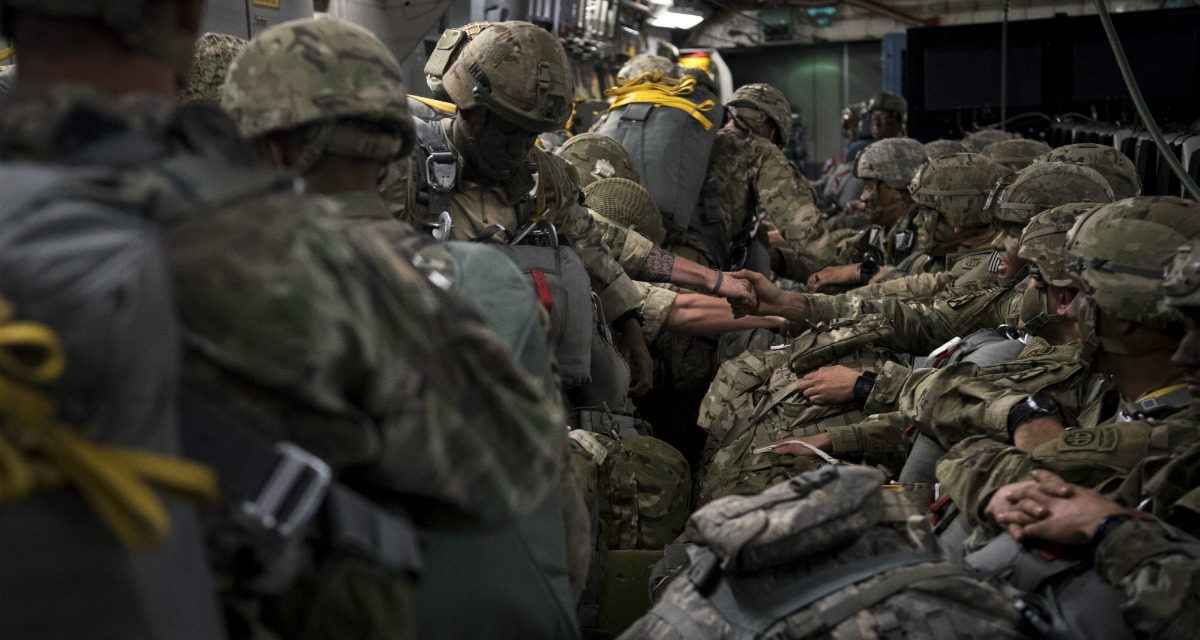 Multi-Domain Battle has a clear origin. Stemming from the idea that disruptive technologies will change the character of warfare, it recognizes that the way armies will fight and win wars will also change. It also reflects the desire to replicate the success of AirLand Battle, which is arguably the most significant case of developing a concept and then materializing capabilities across the DOTMLPF spectrum (Doctrine, Organization, Training, Material, Leadership Education, Personnel, and Facilities). Origin stories establish the foundation from which lasting ideas emerge. However, for ideas to have a lasting impact they must evolve.

For Multi-Domain Battle there are two things driving the need to evolve the concept.

First, ideas must evolve to ensure alignment with the strategic direction of the enterprise they serve. The 2018 National Defense Strategy lays out the missions, emerging operational environments, advances in technology, and anticipated enemy, threat, and adversary capabilities that the Department of Defense envisions for the foreseeable future. It provides direction for how the joint force must evolve to compete, deter, and win in future armed conflict. To this end, Multi-Domain Battle must reflect this strategy.

Second, when I took the reins of US Army Training and Doctrine Command, I was specifically directed to “operationalize Multi-Domain Battle” by building upon the foundation created by my predecessor and accelerating its application. And what I found was an incredible foundation. Gen. Dave Perkins brought together partners across the joint force, driving development of the concept to an articulated idea and a vision of how the army fits into it. The key players are all here and are committed to building and improving the concept and finding real solutions. The concept is ready to grow.

But for that to happen, we need to confront some of the problems others have noted. Over the last eighteen months that Multi-Domain Battle has been out there for debate, there have been four consistent critiques. Some noted that the idea was “old wine in a new bottle.” I think the iPhone analogy articulates why that just isn’t true. What the original iPhone did wasn’t all that new, but how the iPhone did it fundamentally changed not just a market, but people’s behavior. This is exactly what we seek to achieve with this new concept. Though the domains of warfare (air, land, sea, space, and cyberspace) are not new, how the US armed forces will rapidly and continuously integrate them in the future is new.

Another critique is that this is an Army-only concept. However the Air Force and Marine Corps have been part of MDB from the start and recent reporting from numerous forums has made clear the Army’s desire to listen, learn, and include our joint and multinational partners in the development of this idea. Recently the Navy and the Joint Staff have also joined the discussion.

Albert Palazzo’s series of articles in the fall of 2017 laid out a clear argument. To be successful, Multi-Domain Battle must translate into radical effects on the US military’s culture. The concept must force us to reconsider fundamental tenets, like our industrial-age means of promoting, training, and educating leaders. It must also pull us from the comfort of our tactical-level trenches to develop capabilities that inform up to the strategic level of war.  Putting “battle” into the name both confines the possibilities and limits the result.

In battles, combatants can win time and space and they allow one side to take ground but they do not win wars. The world we operate in today is not defined by battles, but by persistent competition that cycles through varying rates in and out of armed conflict. Winning in competition is not accomplished by winning battles, but through executing integrated operations and campaigning. Operations are more encompassing, bringing together varied tactical actions with a common purpose or unifying themes. They are the bridge between the tactical and the strategic.

In my first months of command at Training and Doctrine Command, it became clear that the use of the word “battle” was stifling conversation and growth of the concept. There are three concrete reasons why Multi-Domain Battle evolved to Multi-Domain Operations.

First, if the concept is to be truly joint and multi-service, we need clarity and alignment in how we talk. The Air Force talks of Multi-Domain Operations and Multi-Domain Command and Control, while we talk of Multi-Domain Battle—often covering similar, if not the same, ideas and capabilities. To this point, none of the many people I have talked to, including my predecessor, are wedded to the use of “battle”—it was what fit best in time, place, and circumstances. What they are committed to are the ideas of converging capabilities across the joint force with continuous integration across multiple domains.

Second, we cannot do this alone. The armed services can win battles and campaigns, but winning wars takes the whole of government. It helps the entire effort if our interagency partners are comfortable with and conversant in our warfighting concepts and doctrine. As highlighted to me by a former ambassador at a recent forum, talking in terms of operations instead of battles brings together those who want to get things done—whether they are civilians or the military.

And third, it is never just about the fight. When it comes to combat, there is no one better than the combined weight of the US military and our allies and partners. However, the operating environment is evolving and nation-state–level competition has re-emerged, as evidenced by recent actions by both Russia and China. Our National Defense Strategy highlights the importance of winning the “competition” that precedes and follows conflict. However, our use of “Multi-Domain Battle” seemed to indicate our concept was only for the conflict phase. While there are battles within competition, winning them is pointless if they are in isolation to the larger context of deliberate operations supporting national strategy.

Multi-Domain Battle served its purpose—it sparked thinking and debate and it created a foundation. But what we need now is Multi-Domain Operations, and the next revision of the concept to be released this fall will reflect this change.

Language is important. It conveys meaning. This change is not cosmetic—it is about growing an idea to its greatest potential in order to change the way we fight today and ensure overmatch against our adversaries of tomorrow. To do this we need clarity and alignment across the joint force, whole-of-government inclusion, and perspective that reinforces our need to compete effectively outside periods of armed conflict. Changing the name does not do this by itself, but it communicates a clear vision of what we need to accomplish and where we are headed.

Gen. Stephen Townsend is the Commanding General of US Army Training and Doctrine Command. He previously served as commander of 18th Airborne Corps and Combined Joint Task Force Operation Inherent Resolve. His combat and operational experience includes deployments in support of Operation Urgent Fury, Operation Just Cause, Operation Uphold Democracy, Operation Enduring Freedom, and Operation Iraqi Freedom. He is a graduate of North Georgia College, with a Bachelor of Science in Psychology, and the US Army War College, with a Master of Strategic Studies.

Non-DoD works and authors cited in this article are meant to inform the conversation on the topic. Their appearance in this article does not reflect the official policy or position of, or constitute endorsement of their work by, US Army Training and Doctrine Command, the Department of the Army, DoD, or the US Government.