The Air Force Has Some Thinking to Do: Airpower and the Future Urban Battlefield 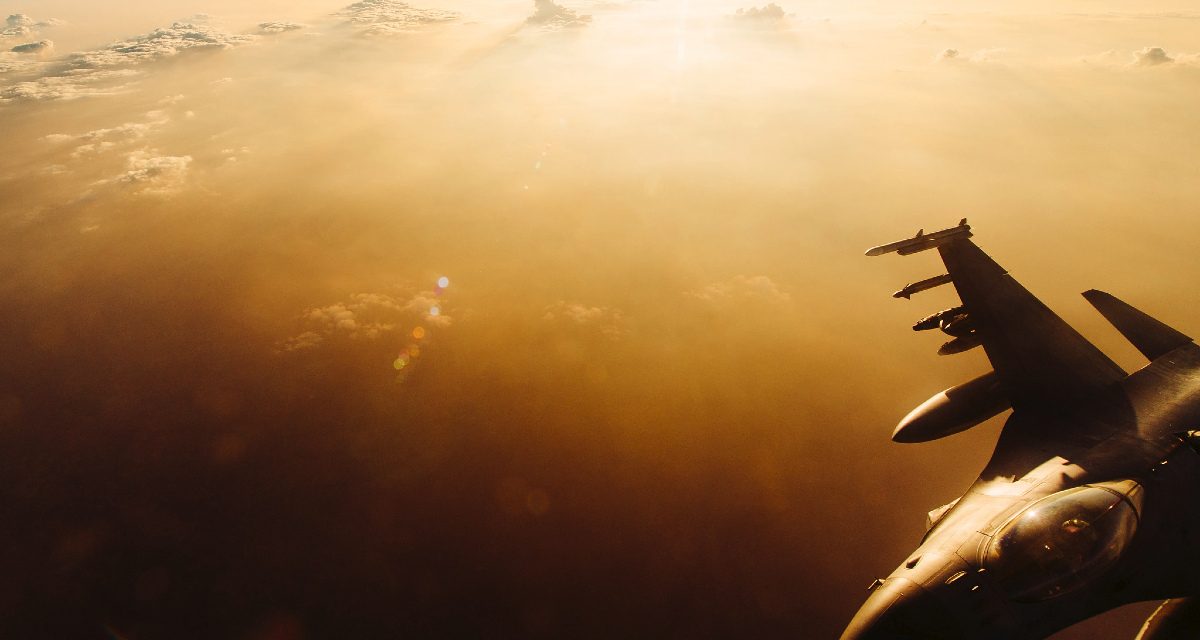 The targets . . . just keep getting smaller: individuals, extremists, terrorists, the architects of chaos who disappear in the urban vomit that is the modern city . . . and even with precision, all our options start to look like needles in haystacks.

Anyone following Army outlets such as the Modern War Institute cannot fail to miss the numerous timely pieces being published on urban warfare. Doctrine, study groups, and training exercises supplement this discussion. Although Air Force Chief of Staff General David Goldfein called for the service to prepare for urban battlefields back in 2017, little appears to have been done since then. As such, the Air Force has no similar public discussion to the Army’s, and that is a real problem because, as a range of scholars and military thinkers have argued, war is moving to the cities.

Most of the Air Force’s limited discussion of urban warfare centers on precision weapons as well as the advantages of multi-domain command and control. Goldfein, conceding in 2017 that the Air Force was more prepared for conflict in “open space,” still insisted that the solution for airpower rested primarily in “nodes and networks,” an approach that characterizes Gen. Goldfein’s vision for airpower in general. A more recent article, by contrast,  takes the more traditional approach of some airpower advocates, calling for yet another airpower revolution in technology, this time in the realm of munitions effects. What is missing, though, is a larger operational picture that incorporates ideas and doctrine as much as it does technology.

In effect, the Air Force appears to assume that it has figured out urban warfare because it has figured out precision. Rebecca Grant, for example, writes in regard to the Second Battle of Fallujah that it “marked the unveiling of an urban-warfare model based on persistent air surveillance, precision air strikes, and swift airlift support. Together, these factors took urban operations to a new and higher level.” But, in an era not only of potentially intensified great-power conflict but also of the democratization of military technology, it is essential to think carefully about urban warfare, especially from a strategic perspective. ISR (intelligence, surveillance, and reconnaissance) and airlift, for example, are both very vulnerable capabilities especially without the kind of air superiority that has characterized the last nearly two decades of the United States’ post-9/11 wars.

As can be seen by any Google image search of Raqqa, moreover, the employment of airpower in cities has been accompanied by great destruction. This marks a continuum since urban battles in World War II, when the massive creation of rubble created an advantage for defenders. It could be that the United States has come to rely so heavily on the Afghan model—airpower in support pf proxy armies with a small number of special-operations forces on the ground—that it finds such discussions unimportant. The ability of the United States to fight multiple urban conflicts, moreover, is limited, in part because, as retired Maj. Gan Robert Scales notes, “America’s treasure-house of close-combat soldiers is only marginally larger than the New York City Police Department.” Or it might be that the Air Force believes its own rhetoric, celebrating its campaign against ISIS as “one of the most precise air campaigns in military history,” although some challenge this contention (CENTCOM itself acknowledges 1,291 civilian casualties).

Indeed, the story of airpower in cities can be seen at two abrupt edges of a spectrum: amazing micro-precision to decapitate high-value targets or massive destruction along the lines of punishing civilians. Some scholars have even argued that an “erosion of distinctions between soldiers and civilians” has occurred even as Western nations pride themselves on their precise application of kinetic force. While such a statement probably goes too far, some who participated extensively in Operation Inherent Resolve have questioned the long-term implications of such massive destruction, noting how “remiss” it would be to “ignore the unintended consequences” of coalition actions, which have the potential to “bring more harm than good to the people of the Middle East.”

It is thus essential to re-examine assumptions about applying airpower in an urban environment. Regardless of function, role, or mission, the application of airpower in cities for strategic effect is tremendously challenging, even with advanced precision weapons and sensors. The Air Force must move beyond tactics, techniques, and procedures (TTPs) to consider broader solutions at the operational and strategic levels because even the best TTPs will not guarantee victory in urban environments.

The irony is that airpower theory began with thinking about how to use aircraft to win wars in cities, however problematically. Airpower advocates envisioned using the third dimension to skip battles with fielded forces and get straight to decisive victory. For Italian artilleryman turned airpower theorist Giulio Douhet, this infamously meant using poison gas against unfortunate city dwellers on the assumption that such a horrific war necessarily would be a short one. Combat operations did not validate this theory in World War II, particularly in Japan, where about three hundred thousand civilians met their end in a raging inferno resulting from the Allied firebombing campaign in Tokyo and other cities in March 1945, beginning a pattern of urban decimation that continued until Japan finally surrendered months later, in August.

The development of precision weapons did not necessarily change the underlying approach to applying airpower in cities except for seeming to enable the desire to minimize civilian casualties. The lure of “quicker, cheaper, more humane” continued to inform airpower thinking; one of the best known examples is John Warden’s advocacy for a strategic air campaign in Operation Desert Storm focused on paralyzing Iraqi decision makers.

But the consequences of what some have called “switching cities off” may be far more serious than we have considered. Even precision strikes can cascade urban settings into a series of significant and long-term second- and third-order effects.

Meanwhile, the Air Force focuses so intently on enabling multi-domain command and control that it is not properly considering the necessary ideas and doctrine needed to employ airpower effectively in future conflict. Gen. Goldfein, for example, argues that the service, while considering new platforms for applying airpower in urban settings, is really more interested in using what he reportedly described as a “multi-domain network” to “deliver on range, payload and persistence.” The problem with this approach, though, is that the Air Force consistently has been stressing enablers over effects. This is not the first time that the Air Force has taken this approach. Former Chief of Staff Gen. John Jumper, for example, took a similar focus on the Air Operations Center as the key to future warfare.

The need to think more deeply about airpower and urban environments extends beyond the counterterrorism and counterinsurgency examples of Fallujah, Raqqa, and Mosul. There must be a similar emphasis on preparing for great-power conflict in cities. Recent operations against ISIS only begin to hint at the challenges of using airpower in urban settings. As Air Force Lt. Gen. Jeffrey L. Harrigian explained, ISIS became “so desperate that they have baited us to strike targets that will purposefully cause civilian casualties.” Tactical solutions will not necessarily be enough, no matter how much Air Force officials tout the capability, for example, to “take out an enemy position 13 meters” from friendly forces by “collaps[ing] a wall in the desired direction.” That capability is important in a fight against around six thousand ISIS fighters, but would it be in an urban fight against a near-peer adversary—potentially a much larger, better-trained, and better-equipped foe?

Moreover, the urban environment is undergoing a period of significant experimentation and evolution in light of recent protests. Most recently, for example, Chilean protesters used lasers to destroy a police drone. The kind of scenarios unfolding in Hong Kong, Chile, and elsewhere require careful thought by the Air Force given the kind of creative information narratives being used as a force multiplier to urban protest.

Key considerations for the Air Force in the context of future urban conflict include:

The Air Force left significant portions of Raqqa in rubble even when it used precision weapons. Also important, the nature of the enemy and the perceived value of the city is very closely linked to the conduct of the campaign. Citizens are likely willing to endure greater hardships in order to remove an occupier, as occurred in Raqqa, as opposed to a perceived invasion by an external actor, as occurred in Fallujah. The extent to which civilians will be able to leave the city is also an important question.

It is essential to begin more frequent discussions about the underlying ideas needed to employ airpower in urban settings, not just refine technology. Raqqa has been left “nearly unrecognizable” to those who know it best. In navigating a renewed era of potential great-power conflict and the possibility of increased proxy wars, we must better recognize the tremendous difficulties of translating the most amazing precision capabilities into enduring strategic effect.

Heather Venable is an assistant professor of military and security studies at the US Air Command and Staff College and teaches in the Department of Airpower. She is also the author of How the Few Became the Proud: Crafting the Marine Corps Mystique, 1874-1918. The author thanks Maj. Michael Dumas and Dr. John Terino for reading and commenting on this article. All errors herein are the author’s.

The views expressed are the author’s alone and do not represent the official position of the US Military Academy, US Army, US Air Force, Department of Defense, or US government.