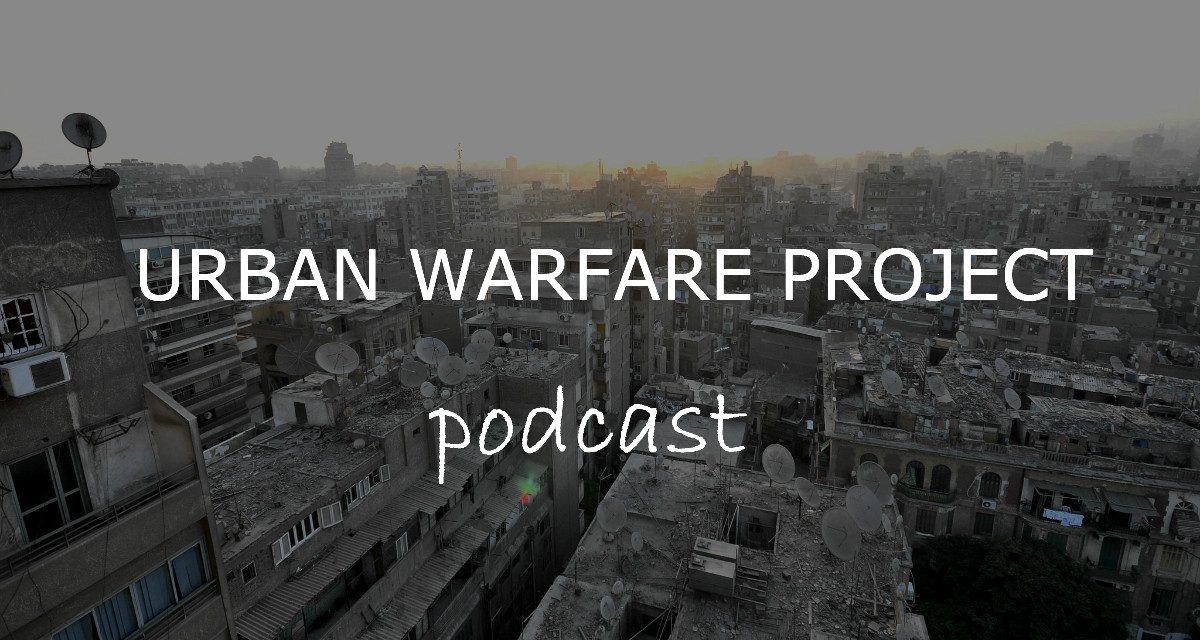 As the world becomes more urban, we need to be prepared for cities to become battlefields. That’s why we launched the Urban Warfare Project in 2017—to explore the unique challenges that military forces face when forces to operate in dense urban terrain. Today we’re thrilled to announce that we’re adding a new component of that initiative: the Urban Warfare Project podcast.

Over the course of a series of episodes, John Spencer, chair of Urban Warfare Studies at MWI and co-director of the Urban Warfare Project, will invite a wide range of guests to join him for a conversation about urban warfare from a variety of perspectives. Tactical practitioners, strategic planners, doctrine experts, and scholars will all help as the podcast sets out to develop a better understanding of the features of the future urban battlefield.

In this first episode of MWI’s Urban Warfare Project podcast, John speaks with Dr. David Kilcullen. He is a bestselling author and a leading researcher in the fields of unconventional and guerrilla warfare and in urban studies. He is the author of numerous books including The Accidental Guerrilla (2009) and Counterinsurgency (2010). In the area of urban warfare, Dr. Kilcullen’s book, Out of the Mountains: The Coming Age of the Urban Guerrilla (2013), sparked an intellectual effort across multiple militaries to begin studying the future of operations in major urban areas.

In the conversation, Dr. Kilcullen summarizes four global trends—population growth, urbanization, littoralization, and networked connectivity—which he forecasted would drive change in all aspects of life on the planet in the next twenty to thirty years, not just conflict. Dr. Kilcullen revisits those predictions and makes recommendations on where further research is needed for any military to understanding and operate in urban areas. You can listen to the full episode below. And be sure to subscribe to the Urban Warfare Project podcast on Apple Podcasts, Stitcher, or your favorite podcast app so you don’t miss an episode!