These Aren’t the Ends You’re Looking For: The Death of Soleimani and America’s Strategic Disconnect 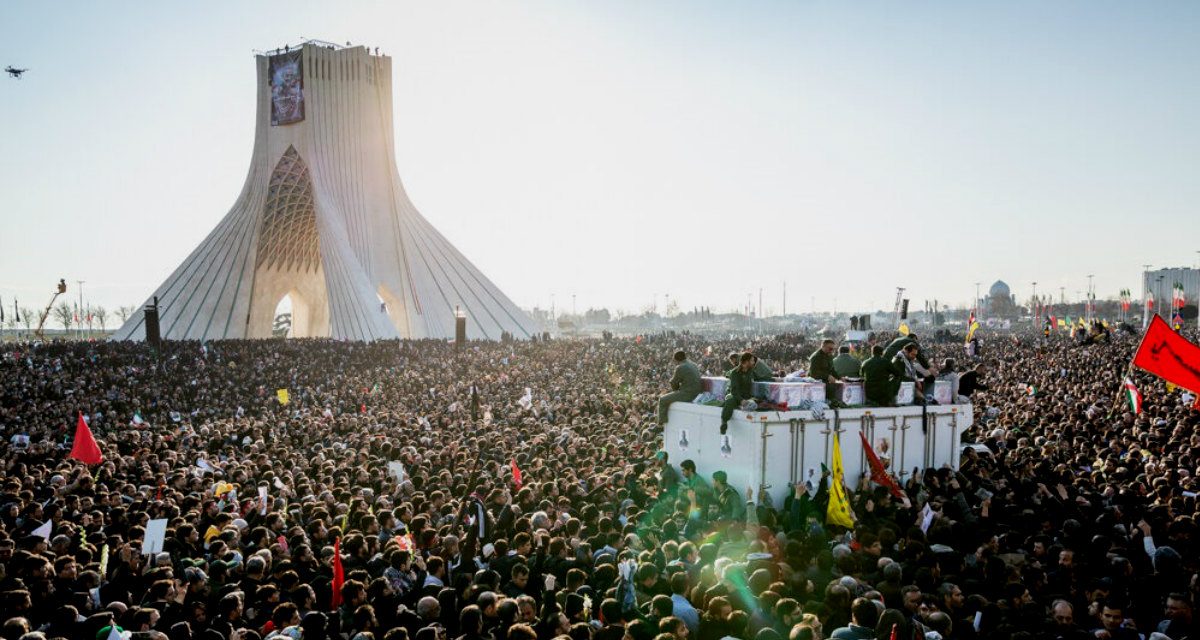 Qassem Soleimani led an organization that, according to Pentagon estimates, killed about six hundred American service members in Iraq since 2003. Leaders of other groups similarly responsible for the deaths of Americans have met similar ends: Osama bin Laden, Abu Bakr al-Baghdadi, and several members of the Haqqani family to name a few. The decision to kill the commander of the Islamic Revolutionary Guard Corps (IRGC) – Quds Force is part of a broader US policy to deter Iranian activities that threaten US interests and the forces that work to achieve those interests. Yet in this regard, the United States faces a fundamental misalignment of ends and means. US officials continue to demand that Iran halts its support to Shia proxies in the Middle East, its development of more advanced ballistic missiles, and its potential pursuit of nuclear weapons. At the same time, US actions do not link strategically to these objectives; in fact, many might actually embolden and strengthen the domestic political elements in Iran who want to expand those very activities. While Qassem Soleimani is not Franz Ferdinand and World War III is certainly not on the horizon, there’s a strong possibility that this strike, aimed at curtailing certain Iranian activities, will have the opposite effect.

The United States has no equivalent to Soleimani, so it is difficult for Americans to grasp his importance to Iran as a country and to Iranians as a population. This was a man who many analysts considered the second most powerful person in Iran after Supreme Leader Ayatollah Ali Khamenei and who enjoyed the support of eight in ten Iranians according to recent polling conducted through a University of Maryland project. For Americans, imagine if Dwight D. Eisenhower came back from the dead and was put in charge of the US military. From there, imagine that Iran killed him with a roadside bomb while he was visiting deployed service members in Iraq. In that scenario, it seems unlikely that American policymakers would opt to change US behavior more in line with Iranian desires—or that the American public would allow it. Not surprisingly, Iranian officials have threatened retaliation rather than acquiescence, and Iranian proxies such as Hezbollah and the various Popular Mobilization Forces have promised revenge.

American military operations in Iraq serve multiple purposes in line with US strategic interests: in the ongoing fight against the remnants of the Islamic State, as a bulwark against the continued expansion of Iranian influence across the Fertile Crescent, and to contribute to the stability of the region in general but especially for the trade of hydrocarbons. At the same time, Iraq relies on Iran, and those influenced by Iran, for its own internal political stability and security. After all, the Shia-dominated Popular Mobilization Forces number between 130,000 and 150,000 fighters, have their own political parties, and receive about $2 billion annually from the Iraqi government. As a mechanism for comparison, the Iraqi Counter Terrorism Service, which the United States views as its most politically and militarily reliable organization within Iraq, boasts about ten thousand fighters and receives about $225 million from the Iraqi government. High-profile members of the Iraqi government had already called for a review of its policy vis-à-vis American troop presence in the aftermath of US airstrikes against members of Kata’ib Hezbollah, Iran’s most zealous proxy in Iraq. Calls for the expulsion of American troops from Iraq have only intensified in the wake of Soleimani’s death, with the Iraqi parliament passing a non-binding resolution accordingly. It will be difficult for the United States to fight the remnants of the Islamic State and counter Iranian influence in Iraq without a physical presence in the country.

Over the past three years, the United States has embarked on a campaign of “maximum pressure” against Iran, and the targeted killing of Soleimani adds an overt military dimension to what has been primarily an economic and diplomatic affair. An integral part of this policy was the United States renouncing the Joint Comprehensive Plan of Action (JCPOA) and re-imposing sanctions against the Iranian economy and those who do business with Iran. The premise of this policy is simple: the pain will continue until Iran changes its behavior. Whereas the United States originally signed the “nuclear deal” with only Iran’s nuclear program in mind, the “maximum pressure” strategy is more ambitious and seeks to alter Iranian behavior more fundamentally. This includes things that Iran views as vital to its national security, namely its ballistic missile program and support to its proxies throughout the region. In reality, senior American officials have been fairly transparent regarding their desire to see “maximum pressure” result in regime change in Iran; the architect of this policy, Ambassador John Bolton, recently tweeted as much.

The economic and military pressure that the United States has exerted on Iran will lead to a change within the Iranian government, but not a change that is beneficial to the United States. Hassan Rouhani was first elected president of Iran with the promise of improving the lives of Iranians by making a deal with the rest of the world concerning its nuclear ambitions. He was then re-elected as he beseeched voters to trust that sanctions relief under the nuclear deal he brokered would improve both the Iranian economy and the daily lives of the Iranian people. All the while, his more hardline opponents warned against trusting the United States. To them, the nuclear deal was nothing more than a lie to weaken Iran, and the United States would not live up to its obligations. Regardless of whether the JCPOA was a good or bad deal for the United States, Rouhani’s opponents seemed to get the best of the domestic political argument. Now, economic tensions have spilled over to military ones, with the United States killing one of the most popular figures in Iran, whose death has invigorated those same hardline opponents of the current Iranian administration. Iran holds parliamentary elections in February 2020 and then presidential elections in 2021. It should disturb American policymakers that Hassan Rouhani’s approval rating is hovering around 40 percent, whereas former President Mahmoud Ahmadinejad, who held office when Iranian activities in Iraq were responsible for the deaths of those six hundred American soldiers, has a favorability rating around 52 percent. If those numbers translate into electoral gains for hardliners in the coming elections, then any favorable change to Iranian foreign policy will be even more out of reach.

There is no doubt that Soleimani was directly responsible for the deaths of Americans. But while his demise therefore signifies that justice has been done, justice does not take strategic considerations into account. On the contrary, foreign policy is meant to achieve optimal results for the country, and this decision may do quite the opposite. Now Iran has responded with what Iranians surely feel is just: a ballistic missile attack targeting American military bases in Iraq. With the IRGC in control of Iran’s ballistic missiles, this response could very well have been a way for the IRGC to avenge Soleimani’s death directly without the inherent complications of using proxies who are often difficult to constrain. It also allowed Iran to message its response publicly along with an immediate announcement of de-escalation afterwards. For Iran, the long game is removing US soldiers from Iraq and Syria. A somewhat measured response to the death of Soleimani furthers those ends by answering internal demands for action and signaling resolve to its proxy forces and regional partners, while avoiding getting into a direct conflict with the United States that it would surely lose. On the US side, the targeted killing of Soleimani has jeopardized the American position in Iraq and will surely embolden the more extreme elements of Iranian politics who will use the entire campaign of “maximum pressure” to galvanize support at the polls. Soleimani’s death isn’t a bad thing, but the effects it may have on US strategic interests aren’t particularly good.

Maj. Alex Deep is a Special Forces officer assigned to Fort Bragg, NC. He holds a Master of Arts degree in Strategic Studies and International Economics from the Johns Hopkins School of Advanced International Studies and previously taught courses in International Relations and the Politics of the Middle East at the United States Military Academy. He has deployed multiple times in support of combat operations in Afghanistan and Syria, and returned from his most recent deployment in November 2019.