As Ukraine Faces Russian Aggression, What Should Small Countries Take Away from the Crisis? 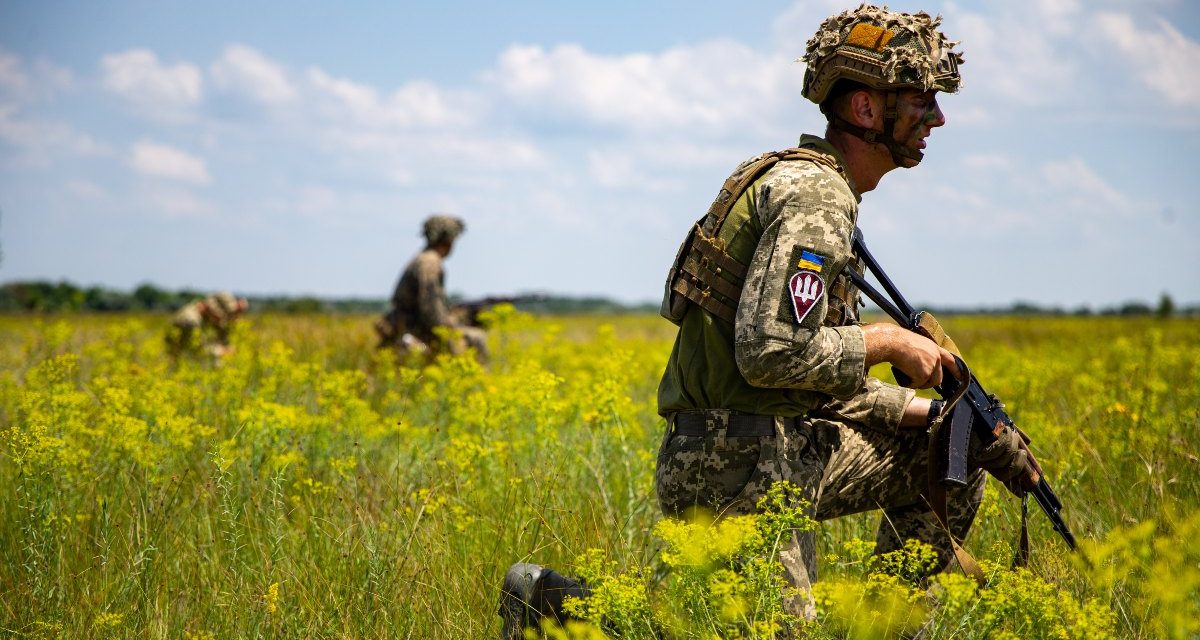 As the aggressive Russian rhetoric regarding Ukraine further escalates and the United States and its Western allies fear a Russian invasion, a deluge of commentary has recently been published describing how a war might enfold. It seems that practitioners, policymakers, academics, and journalists all agree that Ukraine would not stand a chance against a conventional Russian attack, which would quickly destroy the Ukrainian military and lead to the occupation of Ukraine.

This consensus is indicative of a broader but long-ignored truth—that small countries do not have a realistic fighting chance against Russian military might (or that of other great powers like China or the United States) in a conventional sense and their only viable alternative is indeed modern resistance. Such a realization should not be surprising since several wargames and simulations in the Baltic region and in Poland yielded this conclusion years ago. While these results led to the introduction of resistance-based “total defense” strategies and the establishment of territorial defense forces and other paramilitary organizations in many countries to address the potential need for resistance, a bias toward traditional military formations remained in place. However, the situation now in Ukraine should incentivize small countries to take another look at their approaches to defense and conduct a sober and emotionless reevaluation of the usefulness of their existing conventional military frameworks. Such reevaluation should lead to the realization that small countries’ traditional militaries do not carry much value for them anymore and it is time to go back to the drawing board to design a brand new defense solution that fits the twenty-first-century reality of small states.

Since the end of the Cold War, the gap between states’ conventional military capabilities has been widening with increased speed, to the disadvantage of smaller states whose limited financial and technical capabilities do not allow them to compete effectively. As Emily Goldman suggested more than a decade ago, a nation has two fundamental choices when designing its defense framework: either match its strategy with those of possible future adversaries or develop offsetting capabilities. Since there does not seem to be any feasible way for small states to do the former the only possible action is to embrace asymmetry by introducing offsetting concepts that mitigate large conventional militaries’ advantages or make them irrelevant. If there has ever been a time in history that verified Frank Hoffman’s statement that “the incentives for states to exploit nontraditional modes of war are on the rise,” then today is that time.

In his 2001 article, “How the Weak Win Wars: A Theory of Asymmetric Conflict,” Ivan Arreguín-Toft studies the outcome of asymmetric wars between 1800 and 1998 and finds the frequency of weak-actor victory against large conventional enemies increasing over time. His findings show that this tendency is especially strong between 1950 and 1998, when 55 percent of conflicts ended with weak-actor victory. According to the author this result is due to the fact that the final outcome of any conflict is the result of the interaction of the adversaries’ strategies. Arreguín-Toft argues that the confronting strategies can be reduced to two distinctive forms: direct (conventional approach) and indirect approaches (irregular approach). Direct strategies focus on the destruction of the enemy’s armed forces and, through this, its capacity to continue fighting. The indirect strategy aims for the destruction of the enemy’s will to fight. The author argues that when in a conflict both sides use the same strategic approach, either direct against direct or indirect against indirect, the stronger actor almost always wins, since there is nothing to mediate or deflect a strong actor’s power advantage. However, when opposite strategic approaches interact, it more frequently correlates with victory of the weaker actor, since the stronger party’s advantages are deflected. Recent simulations and wargames as well as the current situation in Ukraine all suggest that the only way for small countries to have a chance for victory is through an indirect approach—namely, resistance.

While some counties have taken initial steps toward developing their own resistance capabilities—for instance, by establishing reserve territorial defense forces and other paramilitary organizations—conventional military frameworks and concepts remain in place. This is a mistake. Just as professional, conventional militaries are designed, organized, trained, and equipped to fight a very specific type of war, small countries need completely new force design, organization, training, and equipment to fight and win modern resistance wars. As Martin van Creveld suggested in his seminal book, The Transformation of War, new defense establishments created for new types of conflict should be radically different from military organizations as we understand them today. Universally accepted principles that have long shaped conventional militaries should be fundamentally reimagined, if not abandoned entirely. Just like the phalanx, heavy knights, and light cavalry of past centuries went away, along with the doctrine and weapon systems associated with them, small states must be willing to place current organizations, training and education structures, and even military rank systems and uniforms on the chopping block, to be replaced by solutions specifically addressing the requirements of resistance operations. To find initial ideas for such groundbreaking changes one must conduct a rigorous study of historical cases of resistance. However, it is paramount not to limit these studies to romanticized, Western models from World War II, but to also study contemporary examples such as Chechen resistance against Russia, Hezbollah`s defense against Israel, the Iraqi and Taliban insurgencies, and the Syrian insurgency.

The time for cautious steps that do nothing to break down outdated and irrelevant military concepts should be over. If small states want to survive aggression by a more powerful counterpart, they must start harvesting from the edges of strategic thinking instead of blindly following historically rooted conventional military ideas. They must stop reflexively pursuing “high-tech” approaches and adopt a “right-tech” approach instead. And they must also move away from the idea of having a small number of large, expensive things—weapon systems, vehicles, and other equipment—in favor of having a large number of small, replaceable things. Small countries need purpose-designed and -built weapons and equipment that were created specifically for resistance operations. Technological development enables a nation to choose its way of fighting first and then develop or procure the proper hardware to support the fight. Instead of trying to compete against a tank with a tank or against an airplane with an airplane, nations should focus on technologies that eliminate the modern systems’ advantages or make them irrelevant. Resistance weapons and equipment must enable fighters to move quickly while delivering lethal effects. Resistance forces must utilize cutting-edge technologies such as unmanned and remote-controlled platforms, weaponize commercially available robots, and develop high-tech and easily concealable explosive devices. The fielding of such technologies should also be reflected in the establishment of new military branches and formations that would form the basis of the new defense establishment.

Such changes in small states would require a significant reevaluation of the way the United States approaches foreign military assistance and its entire alliance and partnership system. Instead of trying to export US solutions and turning every small state`s military into a miniature version of the US military it is crucial to start incentivizing and supporting small countries to find and develop their own defense solutions that fit their own realities. This is a major challenge since US servicemembers are trained and educated based on the perceived objective superiority of US military principles and practices. But objective superiority has no bearing when the conditions surrounding each country’s defense requirements are fundamentally unique. It is simply not optimal for US assistance to be premised on the notion that partners must implement US solutions instead of trying to come up with new solutions. Instead of endlessly elevating the notion of interoperability among allies and partners to a position of absolute primacy, the United States should reward individual solutions and find ways to enable and support the small countries’ ways of fighting. US advisors, therefore, should not be trained and educated to advise others how to fight, but rather how to understand others’ ways of fighting and discover the best way for US military capabilities to support and enable small countries resistance activities.

While the already critical situation in Ukraine has the potential to turn into an even more deadly conflict it also carries some important lessons for other countries that should not be ignored. Small countries are at historic turning point. They should realize that unconventional approaches such as resistance can not only prove tactically effective, but can form the foundation of a potent and resilient grand strategy for small states. However, such strategy can only deliver the most optimal outcomes if it is executed by a purpose-built force and small states are willing to replace conventional concepts, military organizations, and their associated fighting machines with new ones. The only question is whether they, and their larger allies like the United States, are ready to accept and act upon the inevitable.