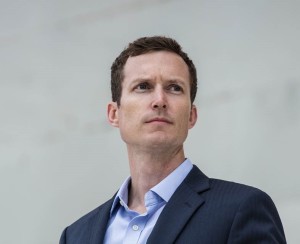 August Cole is an author and analyst specializing in national security issues. He is a nonresident senior fellow at the Brent Scowcroft Center on International Security at the Atlantic Council. He is the director of The Art of the Future Project, which explores narrative fiction and visual media for insight into the future. He is also writer-in-residence at Avascent, an independent strategy and management consulting firm focused on government-driven industries. His fiction writing tackles themes at the core of American foreign policy and national security in the 21st Century. His first book Ghost Fleet: A Novel of the Next World War, is a collaborative novel written with Peter W. Singer. This near-future thriller about the next world war was published in June 2015 by Eamon Dolan Books, a Houghton Mifflin Harcourt imprint. He also edited the 2015 Atlantic Council short-story science fiction collection, War Stories From the Future, which included his short story ANTFARM. August is a former reporter for The Wall Street Journal, where he covered the defense industry from Washington. He received a Bachelor of Arts degree from the University of Pennsylvania and a Master in Public Administration degree from the John F. Kennedy School of Government at Harvard University.