From 2007 to 2012, over 100,000 murders were reported in Mexico.  The Mexican government acknowledged that as many as 70,000 of these kills were drug-related. President Peña Nieto’s cabinet stated that 26,000 or more people had disappeared or were reported missing since late 2006.

How did the situation in Mexico escalate to this?

Marijuana has not always existed in Mexico. It was brought to the Americas by Spanish explorers in the mid-1500s. Until 1970, marijuana was only taxed in the US, and its use among Americans spiked in the 1960s. The Controlled Substance Act of 1970 made the plant illegal and initiated the increased flow of marijuana from Mexico to the US. Despite America’s continued heavy recreational use of drugs throughout the 1970s, it was not until the 1980s that the drug trade was declared a threat to national security by the US Department of State.

The major entrance of the U.S. into the “war on drugs” came in 1984. That was the year Drug Enforcement Agency (DEA) Agent Enrique Camarena was taken, tortured, and killed by the Tijuana cartel for his involvement in an investigation against them.

Initial counter-narcotic efforts by the U.S. government pushed the flow of drugs from the Caribbean into Mexico and enabled them to flourish. Our initial focus of attention was along the Florida coast.  The DEA sought to stop the flow of narcotics from Colombia’s Medellin cartel through the cheapest supply route, the Caribbean. The death of Colombian drug kingpin Pablo Escobar in 1993 was a watershed that shaped Mexico’s current situation.  That is because American involvement in his death saw animosity rise against Washington’s continued intervention in Latin America. But the U.S.-Colombian joint operations that dismantled cartels in Cali and Medellin only created a vacuum filled by Mexico’s drug trafficking organizations (DTOs), whose profits rose exponentially.

Likewise, Mexico’s efforts to counter DTOs have not always had their intended results.  Former Mexican President Calderon’s counter-narcotics strategy, which targeted the leaders of the DTO, only triggered the escalation of violence in Mexico. The theory of the kingpin strategy was that if the Mexican government could cut the head off of the DTO, the organizations would die.  Instead, however, the actions were similar to battling the Lernaean Hydra, an ancient Greek mythological creature: When one head was decapitated, two more would replace the severed head.  In Mexico’s case, the heads of the DTO were replaced with other heads that violently competed for the same resources, territory, and trafficking routes.

The former head of the Sinaloa Cartel, Joaquín Guzmán Loera, known as “El Chapo” Guzman, is an example of the profound negative impact DTOs have had on Mexico’s economy. Before his arrest, he was listed as the 63rd most powerful man in the world.  This kind of wealth enabled his DTO to coerce a number of corrupt public officials and create personal militias to carry out violent acts and keep drug profits flowing.

Like any well-established corporation, the DTOs in Mexico have diversified their operations from the trafficking of illicit narcotics to kidnapping, extortion, and confiscation of oil.  Since DTO operations in Mexico threaten North American stability, the past two Mexican presidents have acknowledged the growing threat and have vowed to cooperate more with each other.  But actions speak louder than words.  Dumping large sums of money into solutions that have provided no relief will only weaken the current state. Similarly, U.S.-led military solutions are also in short supply – consider the blowback then-Secretary of State Hillary Clinton received in 2010 when she referred to Mexico’s drug problem as an insurgency, which implies that the antidote is some kind of counterinsurgency. Mexico has few good options. 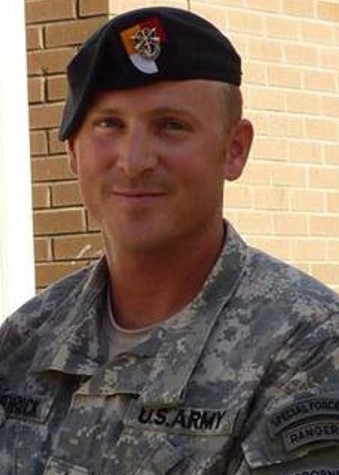 SFC William Paul (Willy P) Rothrock is a Special Forces Engineer Sergeant (18C) assigned to the United States Military Academy (USMA) Department of Military Instruction (DMI). This essay is an unofficial expression of opinion; the views expressed are those of the author and not necessarily those of West Point, the Department of the Army, the Department of Defense, or any agency of the US government.
Share on Facebook Share
Share on TwitterTweet
Share on LinkedIn Share
Send email Mail
Print Print