Bring Back the Sightseeing Sixth: The Case for an Arctic Division 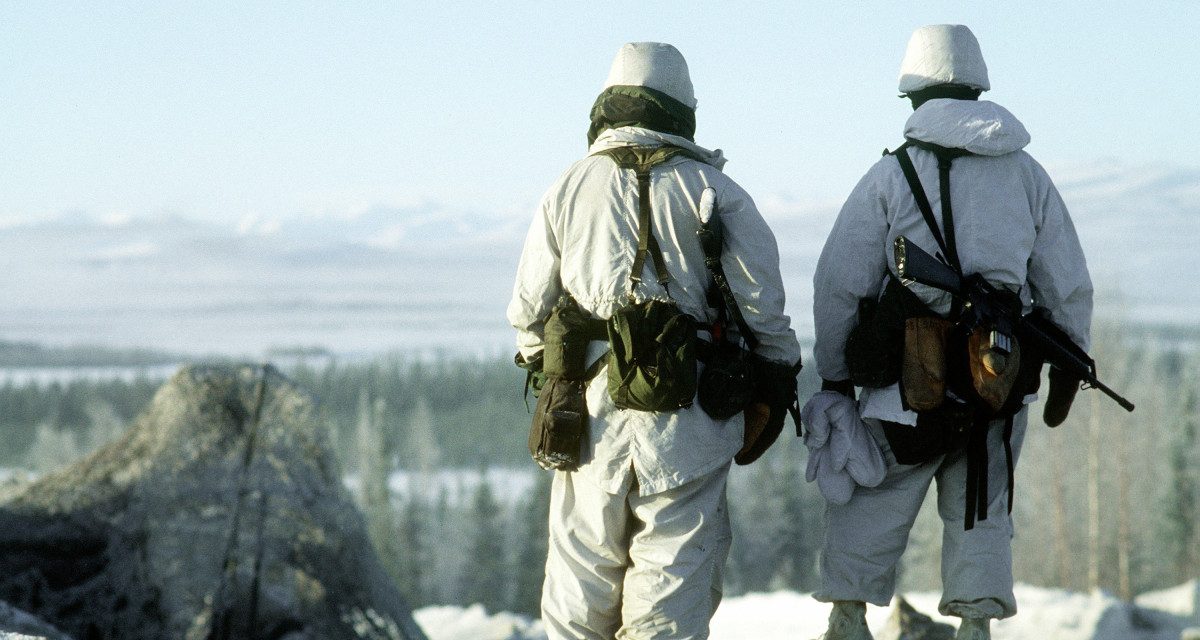 Thanks to renewed emphasis on Arctic operations from potential adversaries, the United States Army has expressed a desire to form forces explicitly developed to fight in Arctic environments. Personnel from the Maneuver Center of Excellence at Fort Benning have begun meeting with soldiers assigned to US Army Alaska to discuss concepts for future units. Among the things they will undoubtedly discover is that the Arctic presents unique challenges to military forces and, consequently, the specialized experience required by the environment can only be found in units that routinely operate there. For now, the Army’s pursuit of an Arctic-optimized unit seems to be focused on the possibility of reshaping the Stryker brigade combat team stationed at Fort Wainwright. But as the service looks toward reestablishing division-level formations at the center of its force structure—a departure from the brigade-centric model that was oriented toward meeting the needs of the wars in Iraq and Afghanistan—devoting a single brigade combat team to Arctic readiness seems out of step.

As of now, the Army’s ideas include making the Stryker brigade combat team at Fort Wainwright “almost entirely self-sustaining” with equipment developed explicitly for the Arctic. During the Cold War, the United States and the Soviet Union routinely clashed over polar interests. US Alaska Command reports intercepting more Russian military aircraft approaching the US coast in 2020 than any other time since the Cold War ended. Russian ambitions have expanded in the region, and China, despite no territorial proximity, has expressed interest in the Arctic. This comes on the heels of lawmakers questioning the US military’s readiness for cold-weather combat, exercises everywhere from the Aleutians to Deadhorse, and the announcement of a new Department of Defense Arctic Security Studies center in Anchorage. If cold-weather expertise is a requirement, then the next logical step for the country’s land component is to activate a headquarters in Alaska at a scale that will be impactful. Because operations in the Arctic require unique solutions and units prepared to operate in that environment, then rather than solely repurposing a brigade for the Arctic, the Army should dedicate a division to the challenge. Specifically, it should reactivate the 6th Infantry Division.

The “Sightseeing Sixth” has a long and illustrious history, fighting in the Meuse-Argonne offensive in World War I and landing on New Guinea and Luzon in World War II. The division was activated and deactivated as needed throughout the Cold War to backfill units and personnel shipping off to Vietnam. However, between 1986 and 1994, the division served as the Army’s only Arctic division, organized around a “light” construct but still including an airborne component, first as one company in each of the three Fort Richardson–based battalions and later organized into a full airborne battalion—1st Battalion, 501st Infantry.

The Army has two brigade combat teams, a single combat sustainment battalion, and just two aviation battalions stationed in Alaska. All told, that is just under twelve thousand troops. Reactivating the 6th Infantry Division would not just give the Army more people in Alaska; its organic division artillery, aviation brigade, and sustainment brigade would provide a robust Arctic-focused, division-level capability. Today, the Stryker brigade combat team at Fort Wainwright is organized like all similar Stryker units, with three infantry battalions and one cavalry squadron. The second Alaska-based brigade, an airborne brigade at Joint Base Elmendorf-Richardson, only has two infantry battalions (a third parachute battalion is reportedly in the works). Regardless, while each of these two brigades has support assets, launching one of those units in a quick-response role is complex and requires a wholesale effort from the entire base. Moreover, pushing a whole brigade to a hot spot somewhere in the world, much less elsewhere in Alaska, is next to impossible. This problem could easily be solved with a division-level headquarters and sustainment brigade.

In addition to increasing its own proficiency in Arctic warfare, the division would serve as the proponent for Arctic training throughout the Army, as US Army Alaska already does with the Northern Warfare Training Center. More personnel in Alaska might free up trainers to disseminate training and techniques throughout the Army. Furthermore, Alaska is an ideal site for training units for a variety of challenging operational environments—and for partner forces likely to confront those environments. The United States and India partner in annual Yudh Abhyas exercises, for example, and in 2021 the event was held in Alaska for the second time in seventeen years. The Air Force also routinely holds large-scale joint exercises in the state, including Northern Edge and Red Flag.

One challenge to reconstituting the division is one of space. There is currently little physical space on either Fort Wainwright or Joint Base Elmendorf-Richardson to house an entire third brigade to fill out a division’s subordinate units, so additional space would be required to accommodate the division’s third brigade. Short of that, there are two other potential solutions that would at least partly overcome the problem of limited space. The first is reactivating the “roundout” concept from the 1980s and aligning the 1st Battalion, 297th Infantry Regiment from the Alaska National Guard. A second option might include a long-term partnership with Canadian forces, integrating Canadian infantry into the division and assigning Canadian officers to the division staff, including an assistant division commander position. Regardless of the method chosen, the benefits are there to be gained. The 7th Infantry Division, reactivated in 2012, provides a model of how a reorganized division force structure can provide better unity of command, expertise, and assets to assist national strategic planners.

The Arctic is an unforgiving place, one where units must combat the environment as much as the enemy. Extreme cold temperatures make everything more complicated. Diesel fuel begins to gel at fifteen degrees, jet fuel at negative fifty-one. Something as simple as maintaining patrol base security is compounded by weather—static infantrymen laying in snow for hours on end is a recipe for quick cold-weather injury. These elements of fieldcraft must be taught, and the learning curve for a unit suddenly sent from the Army’s preferred training areas in the warmer southern United States to the tundra might be insurmountable. Even the summer is difficult, when moving heavy vehicles across mud fields and muskeg is just as tricky as keeping soldiers and equipment from freezing in the winter months.

Having a division and all of its forces—including sustainment, aviation, and fires—that are not only capable in the frigid temperatures and mountainous terrain, but comfortable there, would be a force multiplier the Army has not had since the 6th Infantry Division was inactivated in 1994. These forces could continue to partner with allied forces, including in NATO, to build more capabilities for cold-weather combat if called upon. This year’s “Interim National Security Strategic Guidance” emphasizes the importance of the United States’ land force deterrent power. At the same time, the United States has an interest in, as Secretary of State Antony Blinken has described, keeping the Arctic peaceful. Dedicating a division to the region and its unique environmental challenges is the key to both.

R. F. M. Williams (@rfmwilliams) is a doctoral candidate at The Ohio State University. His research focuses on World War II airborne leaders and the relationship between organizational culture, operational behavior, and institutional change in the post–World War II US Army. Williams is a former infantry NCO, paratrooper, and jumpmaster with three combat deployments to Iraq and Afghanistan.

Image: Two soldiers from the 6th Infantry Division look out over the impact area at a live-fire range during the joint readiness exercise Arctic Warrior ’91. (Credit: Master Sgt. Ed Boyce, US Army)