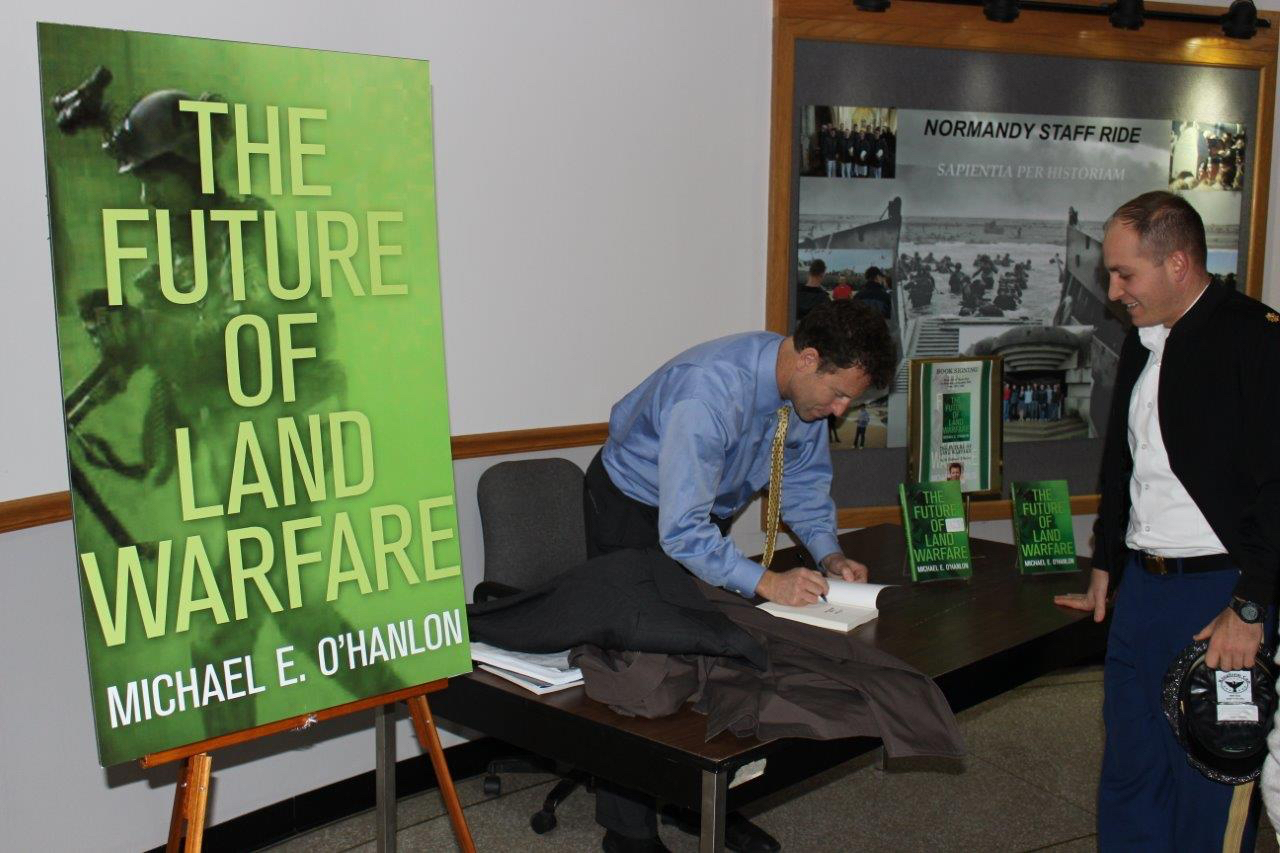 Michael O’Hanlon, a senior fellow at the Brookings Institution, spoke to cadets about the future scenarios they are likely to face in battle. He dismissed notions that future wars will be mostly conventional and said that “messy” stability operations are not going away anytime soon. “Your predecessors,” he told cadets, “preferred closing-and-killing-the-enemy kind of missions, not complex missions,” adding that “looking at the history of the planet, we have to be ready for messy conflicts.” O’Hanlon is the author of the new book, The Future of Land Warfare,” in which he lays out ten scenarios – from an outbreak of war on the Korean peninsula to a conflict between India and Pakistan – that might necessitate the deployment of American land power.