China Will Test the New US Administration, but the Questions Are How and Where 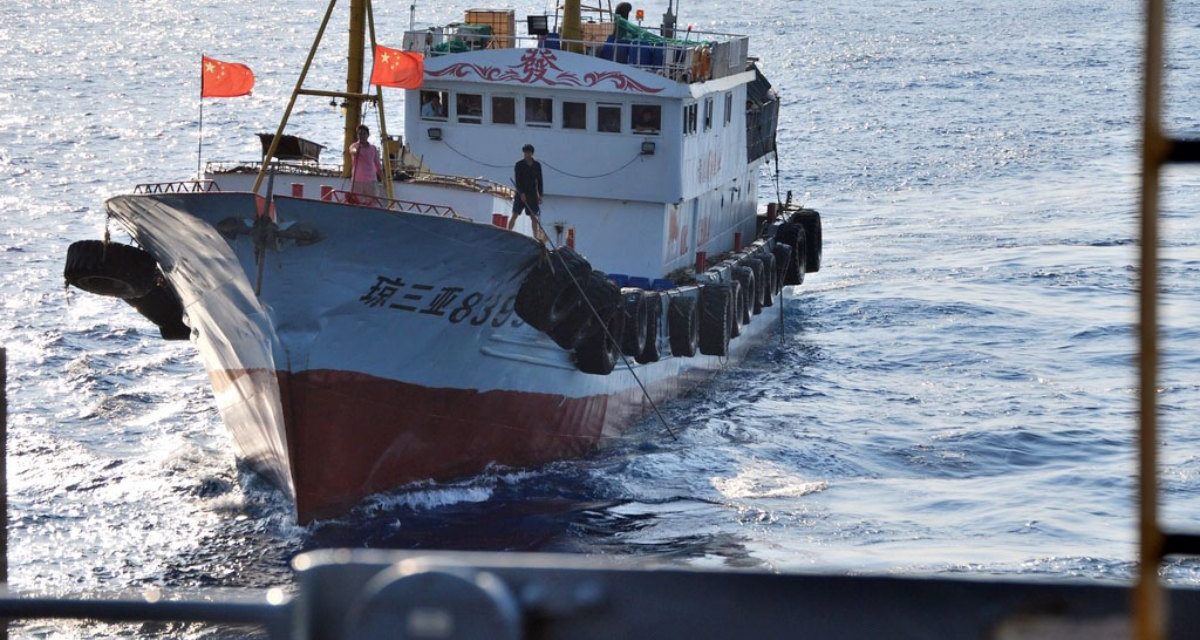 Within days of President Joe Biden’s inauguration, Beijing was stoking the fire with a further crackdown in Hong Kong and bellicose warnings to Taiwan that any attempts at independence for Taipei would mean war.

Beijing also passed a law allowing its coast guard to use force to protect its interests in the South China and East China Seas. This compounds an already tense set of disputes that have seen China construct militarized islands and even set up two municipal units to govern the area it claims. China’s claim includes the waters and territories of the Philippines, Brunei, Malaysia, Vietnam, and Taiwan. Even Indonesia’s Natuna Islands are under Chinese pressure and incursions into its waters. More than half of global shipping tonnage passes through the strategic Strait of Malacca, Sunda Strait, and Lombok Strait, most of which moves on into the South China Sea. Without question the region is one of the most strategic waterways in the world. Beijing’s claims have been denied by the International Court in a 2016 ruling, its neighbors in the Western Pacific, and the United States, which conducts freedom of navigation operations with its own warships and those of its allies to deny those claims. With a new administration in the White House, there are a few potential flashpoints in the South China and East China Seas that Beijing might use to test American resolve to defend its allies and, thereby, shake regional confidence in the United States’ security guarantee. The disputed Scarborough Shoal and Thitu Island come to mind, as do Japan’s Senkaku Islands and Taiwan’s Pratas Island.

China has been in control of Scarborough Shoal since it seized the rocky outcrop and its rich fishing grounds in 2012. The area is claimed by the Philippines and Taiwan but has been surrounded and blockaded on a continuous basis by the China Coast Guard and Maritime Militia. China has long sought control over Scarborough Shoal as part of a “strategic triangle” in the South China Sea that also includes Woody Island in the Paracel Islands its outposts on the Spratly Islands. This would give Beijing radar and missile coverage over a large area of the South China Sea, but to date China has not built structures there as it has done in other areas it claims. If Beijing were to start to build one of its man-made, militarized islands there, it would trigger some real soul searching among the United States’ Pacific allies and in Washington itself.

Thitu Island is on the edge of the Spratly group and located 480 kilometers west of Puerto Princesa City, Palawan. With a runway and a beaching ramp for resupply, it is the only Philippines-controlled island in the Spratlys that has a civilian population. There is also a small military presence on Thitu. In the last three years the Philippines started with planned repairs to the island’s runway, rebuilt the beaching ramp, and built a sheltered facility for Filipino fishermen. Fourteen miles away is the Chinese man-made militarized island complex of Subi Reef, home to a three-kilometer runway, hangars, radars, and missile shelters. Since Manila sought an enhanced presence on Thitu Island, it has been surrounded by dozens Chinese fishing vessels that do not have their nets in the water or their transponders on. They are believed to be part of China’s Maritime Militia, and are backed up by the China Coast Guard and, distantly, by Chinese warships. Late last month a Philippine fishing vessel was blocked from the island by a China Coast Guard ship—days after Beijing gave its coast guard permission to fire on foreign vessels if needed. In an era of hybrid warfare, China might just try using its fleet of shadowy Maritime Militia fishing boats to land forces on the lightly defended Thitu Island, similar to China’s occupation of the Paracel Islands in 1974. If so, the Philippines could very likely invoke its mutual defense treaty with the United States and ask for assistance in removing occupying Chinese troops from Thitu Island and restoring it to the Philippines’ control.

Another territory and prospective target in Beijing’s crosshairs might be Taiwan’s Pratas Island. There are no permanent inhabitants on the island and it has a small garrison of Taiwanese Marines and some Taiwan Coast Guard officials. The island has been of particular interest to Beijing and its capture has been simulated in Chinese wargames in the last year. The crescent-shaped atoll has structures to support Taiwanese fishermen and features a runway for supply aircraft that could quickly be adapted for military use by Beijing. Pratas Island and Taiwan sit on either side of the sea lanes strategically important to China’s naval forces, particularly the South Sea Fleet, offering access into the open Pacific Ocean. The last several weeks have been witness to large Chinese air incursions into Taiwan’s air defense identification zone, part of its gray-zone operations geared toward exhausting Taiwan’s defenders by forcing them to scramble fighters on a regular basis to intercept each incursion and deter an attack. These incursions and mock attack exercises also included a mock attack by H-6 bombers on the USS Theodore Roosevelt and aerial incursions near Pratas Island itself. Beijing is likely not yet strong enough in its power-projection capabilities to seize Taiwan with any hope of success, but it could conceivably seize Pratas Island, if it chose to, with little effort. This would be highly escalatory but would serve as a message to Taiwan and its neighbors, and a test of the Biden administration. A weaponized Pratas Island in Chinese hands would present another strategic challenge to the United States’ ability to contain the Chinese naval threat in the western Pacific.

Lastly, China has long coveted Japan’s Senkaku Islands. The Senkakus are some 320 kilometers east of the Chinese coast and 410 kilometers from the nearest southern Japanese Island and are also claimed by Taiwan. The islands are covered by the Treaty of Mutual Cooperation and Security between the United States and Japan and the Biden administration was very quick to assert that it would defend the Senkakus as Japanese territory. The Senkakus also feature rich fishing grounds and oil and gas reserves under the seabed. China asserted its interest by establishing an air defense identification zone around the islands in 2013, and continues to do so by sending warships and aircraft near the Senkakus. The China Coast Guard frequently intrudes in the area and harasses Japanese fishermen. The islands remain uninhabited and without a permanent Japanese military presence. The China Coast Guard, the Maritime Militia, and fishermen are almost constantly around the islands in an effort to normalize their presence. It would not be a logistically difficult for Chinese vessels to land troops under the guise of its Maritime Militia and surround the islands with fishing vessels and a coast guard presence. Once Chinese forces had a foothold, it would be hard, without risking a wider conflict, to get them off the island. A seizure of the Senkakus would mean a further tightening of Beijing’s ring around Taiwan to the north, with a high likelihood China would subsequently beef up its presence, as it has on other islands it has militarized.

The South China Sea is arguably the perfect place for Beijing to test the new Biden administration. To date, Beijing has been very successful with its intimidation and salami-slicing tactics in the region, which have met little pushback, but little that has effectively reversed China’s gains. Potential flashpoints such as Scarborough Shoal, Thitu Island, Pratas Island, and the Senkakus are key to China’s strategic interests in making the South China Sea a lake it controls, enabling Beijing to threaten the seaborne trade that transits the region and, thereby, the global economy. For China, testing President Biden at the beginning of his tenure in office means a chance to shake American allies’ confidence and weakening bilateral defense ties. The forward deployment of United States seapower is key to meeting any such test and deterring China’s ambitions. Other instruments of power will likely also prove useful. However it’s done, the test will need to be met.

Image: A crewmember on a Chinese trawler uses a grapple hook in an apparent attempt to snag the towed acoustic array of the military Sealift Command ocean surveillance ship USNS Impeccable in the South China Sea, March 2009 (credit: US Navy).