Complex Adaptive Operations on the Battlefield of the Future 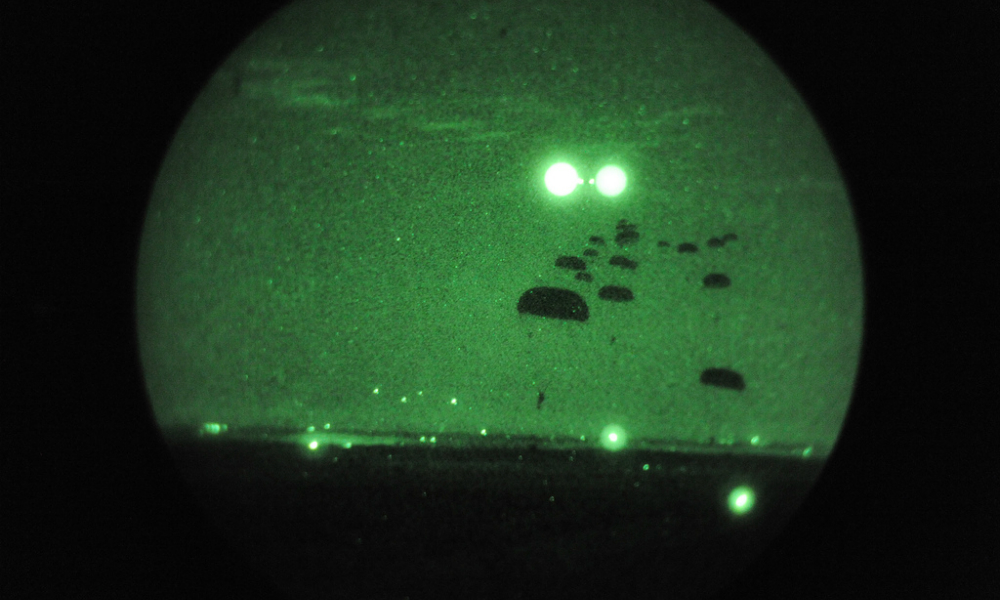 “Efforts were therefore made to equip the conduct of war with principles, rules, or even systems. This did present a positive goal, but people failed to take an adequate account of the endless complexities involved. As we have seen, the conduct of war branches out in almost all directions and has no definite limits; while any system, any model, has the finite nature of a synthesis.”
— Clausewitz, 1832

“This event [the adoption of fast boats] has raised many lessons of innovation in strategic, operational, tactical, industrial and research fields and the issue of the fast boats has become a very important issue in the world. For us it is a very efficient and cheap, operational doctrine.”
— Iranian Defense Minister Vahidi, 2011

To some in the military, it may go without saying that war and armed conflict are complex and continually adapting phenomena. Aptly described by Clausewitz as a “duel” and “contest of wills,” it seems that every action has a reaction, that once one problem is solved a more difficult one arises, and that what worked yesterday may not work today. In contemporary conflicts, free thinking and determined adversaries continually test the limits and are continually on the lookout for patterns, seams, and opportunities to exploit. Simply put, chaos is their business.

Although the military must continually operate in a confusing and dynamic context, it tends to organize units in a rigid hierarchical structure where strict orders are given and followed. Discipline, unity of command, and an industrial organizational structure all have their advantages. However, they have disadvantages as well, as mechanical systems are easier to predict and less resilient to change. These facts raise an important question: If we accept that armed conflict is a complex adaptive system, then how could the US military possibly take advantage of this by adopting a complex adaptive approach to operations?

Although called a “new” science by some, complex systems theory emerged out of ideas from over half a century ago. According to Laszlo and Krippner, in the late 1940s came the idea of cybernetics, which asserted that the communication and control of systems came from feedback. In the 1960s, general systems theory emerged, which took an interdisciplinary view of systems to describe the unique ways that many components interacted with each other. In the early 1970s, catastrophe theory asserted sudden dramatic shifts in behavior could arise from very small changes. In the 1970s and through the 1980s, chaos theory tried to describe the nuances of nonlinear and dynamic systems including the ideas of bifurcations, strange attractors, and chaotic motions.

Perhaps, one of the best examples of a complex adaptive system is an ant colony. In an ant colony, simple roles and dense communication at the lower level allow for rapid adjustment to unforeseen conditions. In a TED talk, Deborah Gordon describes just how this occurs. At any given time, 25 percent of the ants (the older ones) are outside patrolling, foraging, doing maintenance, or managing refuse. The rest of the ants (the younger ones) are inside with the queen doing maintenance and taking care of the larvae. However, most surprisingly, at any given time over 50 percent of the ants are inside doing absolutely nothing!

These ants in reserve are the key to the colony’s survival. If more food is available, more ants will forage. If more patrolling is needed, more ants will patrol. The queen is not a mastermind controlling every individual ant’s actions. As individual ants bump into each other they communicate and change roles as needed. This system is noisy, imperfect, and requires continual individual communication. However, the system works well for helping the colony continually adapt to its environment.

Arguably, war and armed conflict display the characteristics of a complex adaptive system. If we can assume this as true, in some circumstances, military forces may be able to gain a decisive military advantage on the battlefield by conducting complex adaptive operations themselves. As with most things in war, this is not a wholly new idea. The D-Day invasion and current Iranian doctrine both provide examples of how such an approach could work.

Although use of the idea was unintentional, one of the best practical examples of complex adaptive operations in history was Operation OVERLORD. During the airborne operation, fog and anti-aircraft fire forced planes to break formation. As a result, when paratroopers from the 82nd and 101st Airborne Divisions jumped, they were intermixed and scattered over wide areas. The glider forces fared no better, and the assistant division commander of the 101st (a key command-and-control capability) was killed in descent.

On their own initiative, soldiers from different companies, battalions, and divisions successfully linked up and moved to unplanned-for objectives. By nightfall of the next day, soldiers had secured their operational objectives, beach exits for amphibious forces. Arguably, by working as a complex adaptive system, soldiers from different units that never trained together rapidly self-organized, overwhelmed enemy forces in novel ways, and achieved operational success.

In recent years, the Iranian military has developed an asymmetric approach to operations that uses the ideas behind complex adaptive systems to their advantage. They have invested heavily in weapons such as torpedo boats, fast attack craft, fast attack interdiction craft, midget submarines, anti-ship ballistic missiles, mine-laying ships, and contact mines. The idea is that mass formations of cheap and agile small systems launched from different bases can rapidly converge in an unpredictable fashion, thereby overwhelming a technologically superior enemy.

Although the Iranian approach differs in that it is intentional, the outcome is the same as with the paratroopers on D-Day. They seek to overwhelm the enemy in a way that is unpredictable, lacks the vulnerability of centralized control, and is relatively low cost. Through deliberate disorganization and random behavior they have developed an effective way to organize tactical actions to accomplish operational objectives connected to their desired end state. In their own words, it more than just a tactic, it is their “operational doctrine.”

Typically, Western military thought favors a deliberate approach, hierarchical command and control, and technological overmatch (which is also very expensive). Arguably, exploring how the ideas behind how operational military planners could use the ideas behind complex adaptive systems on the battlefield warrants further thought. Although a complex adaptive operational framework may not be well suited for every operational context, deliberately training, equipping, and employing a force in this manner may offer up some unique advantages.

Around 2004, the Australian Army adopted the ideas of complex systems in what they call adaptive campaigning and complex adaptive special operations. Additionally, the United States is no stranger to the use of adaption at the operational level, and as recently as 2015 codified the Adaptive Planning and Execution Overview and Policy Framework. Additionally, there is already deep analysis of what swarming could look like in the future. To build on this foundation of work and be truly effective, arguably a complex adaptive approach to operations should be built from the ground up, across all aspects of doctrine, organization, training, materiel, leadership and education, personnel, facilities, and interoperability (DOTMLPF-I). 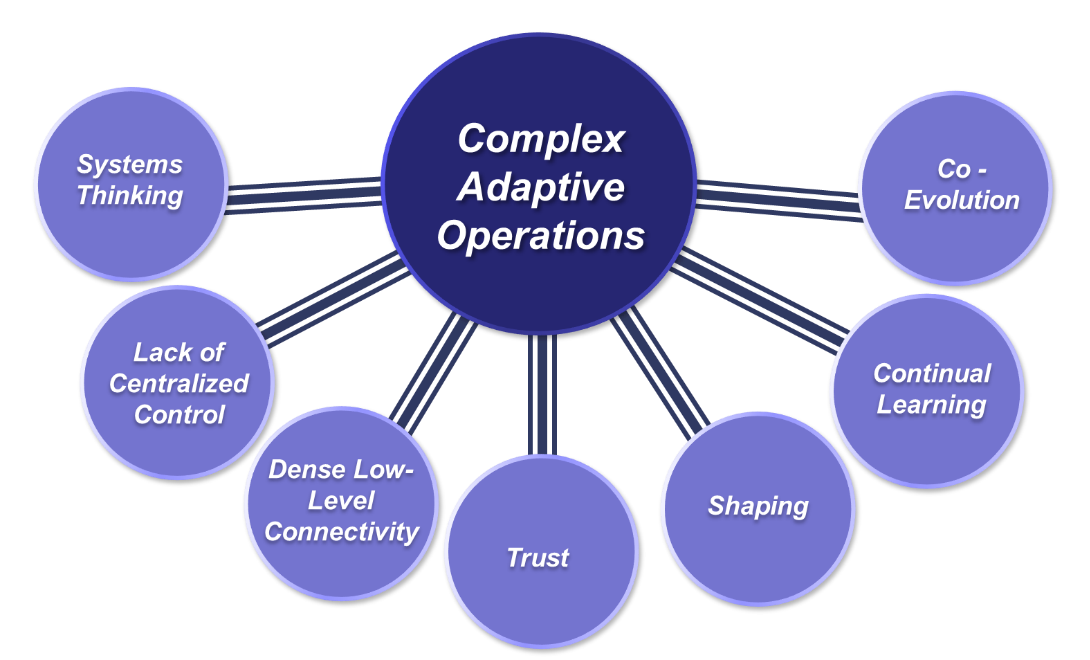 It often takes years of wargames, experiments, and exercises with boots on the ground to develop a formal concept. It takes even longer to develop doctrine fully and implement it across all areas of DOTMLPF-I. However, it may be valuable to discuss just how complex adaptive operations could possibly work simply as a point of departure for further discussion. Such a discussion would begin with clearly laying out a central idea, along with several supporting ideas. In this case, one way to do so would be as follows:

Complex Adaptive Operations — A series of tactical actions taken to change current state to those at the desired state through the ability to learn and adjust faster than one’s adversary (Central Idea).

Systems Thinking — Defining the problem and developing an understanding of the complex systems including situational awareness, understanding contextual variables, and identifying key agents within the environment.

Lack of Centralized Control — Powering down to the lowest level possible to allow for self-organization, resiliency, and rapid adaptation while maintaining a general direction (this could include the elimination of all operational graphic control measures).

Trust — Within a broad strategic intent, commanders empower subordinate units to ensure total freedom of action in order to rapidly overwhelm an enemy.

Co-Evolution — Forces outpace an adversary with the ability to define the emerging order including closing with and destroying adversary capabilities in novel ways.

Doing things such as taking away all control measures entirely is bold and, of course, way outside the norm, but would serve to eliminate operational gaps and seams. At the end of the day, these are just words and it takes some effort and imagination to visualize just what this would look like for real. The video below perhaps illustrates how it would look if two adversaries who take a complex adaptive approach met on the battlefield head on.

A Future Advantage for our Warfighters

If the US military was set on adopting such an approach there are a number of obstacles that would have to be overcome. In general, the military is a hierarchical organization that centralizes control and delegates authority. Even though some more specialized organizations may operate in a decentralized fashion, such a model goes against the grain across most of the force. Additionally, many technologies required to maximize the effectiveness of the approach are not yet operationally feasible (e.g., augmented intelligence, fully automated systems, advanced materials, etc.). Perhaps the greatest change would be that the military would have to invest more in human capital and build individual soldiers to fight in this fashion. This sort of change would undoubtedly be difficult. 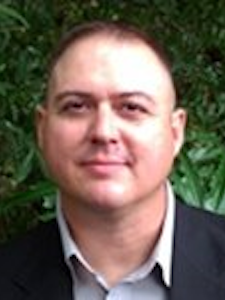 Aaron Bazin is career Army officer with over twenty years of leadership and experience at the combatant command level, at NATO, and in the institutional Army. Aaron was the lead planner for four numbered contingency plans between 2009 and 2012, and has operational experience in Pakistan, Afghanistan, Iraq, Jordan, Kuwait, Bahrain, and UAE. Aaron holds a Doctorate in Psychology specializing in conflict resolution. He also is the author of the new book Think: Tools to Build Your Mind.

The views expressed in this article are the authors and do not represent the views of the US Army, NATO, the Department of Defense, or the US government.