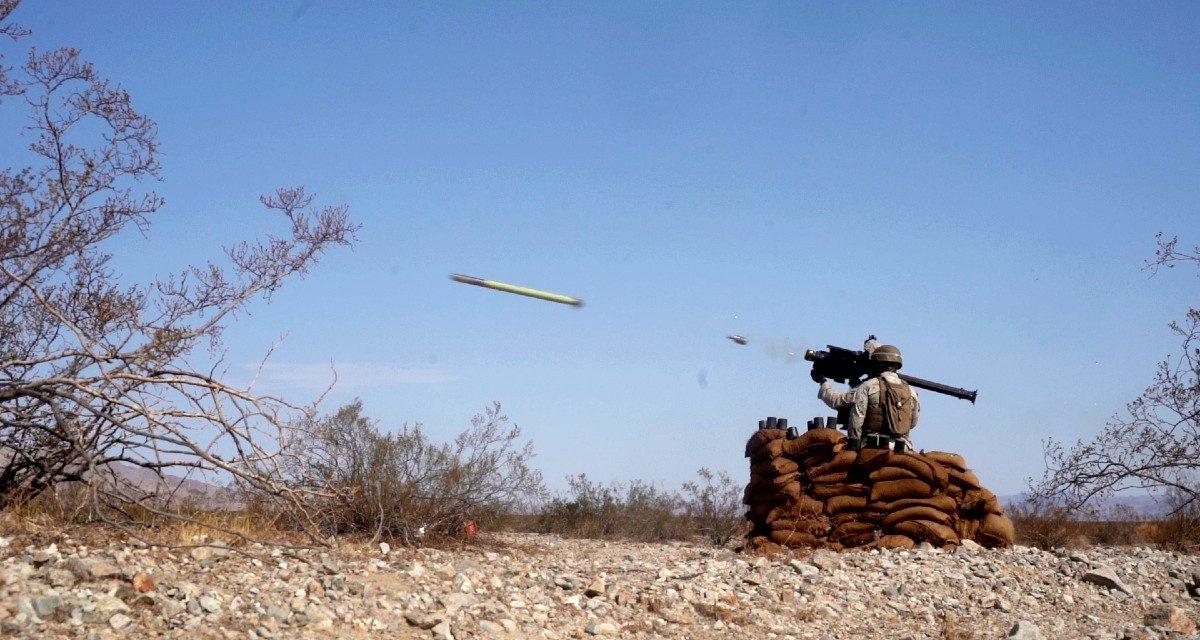 One of the more remarkable developments in the ongoing Russo-Ukrainian War is the inability of the Russian Air Force to achieve air superiority over the battlefield despite its numerical and advertised technical superiority. Although the aircraft flown by the Armed Forces of Ukraine have fought occasional air-to-air actions against the invading Russians, Kyiv’s land-based air defense platforms have provided the umbrella keeping Russia from securing the skies. The lessons they have learned have powerful implications for militaries looking to revive their moribund programs, particularly in their short-range air defense (SHORAD) capabilities. The Russians have restricted their use of manned aircraft for air assaults and close battlefield support due to their increased vulnerability. To date, the Russians have lost at least 117 manned aircraft—both rotary- and fixed-wing.

The proliferation of effective man-portable air defense systems (MANPADS) has made helicopters and close air support aircraft more vulnerable than ever. MANPADS allow any foot soldier with a minimum of training the ability to engage visible aerial threats within a four-mile engagement bubble and protect tactical maneuver and movement from aerial interference. While the initial Russian air assault on Hostomel Airport in the opening stage of the invasion was successful due to surprise, Ukrainian reinforcements cut off the Russian air-landing troops from aerial resupply, halted the relief force advancing from Belarus, and destroyed them. Videos from the first days of the war show Ukrainian forces using legacy Strela-2 and Igla MANPADS against Russian helicopters.

MANPADS are not solely sufficient against aerial threats, and must be supplemented with mobile radars and dedicated counter-UAV (unmanned aerial vehicle) capabilities. Shooting down manned aircraft and large UAVs is relatively simple, as the Ukrainians have demonstrated. Small and micro-UAVs are a different challenge. These give too little of a reflective cross section to be easily picked up at a distance by tactical air defense radars and are too small and cool to be easily targeted by MANPADS. Their signature is so small that even modern dual-detector heat/ultraviolet-tracking seekers specifically designed for low-profile aircraft have difficulty tracking them. Ukraine’s military uses a variety of weapons ranging from jammers to small arms fire to counter the smallest group 1 UAVs.

While the UAV threat is universally recognized, the US Army lacks the SHORAD assets to address it adequately. Specific anti-UAV weapons such as handheld jammers must be disseminated to the lowest level possible. Each maneuver unit down to the platoon level should be equipped with a hunter-killer UAV and MANPADS team, including jammers tailored to the adversary’s drone threat. There is not enough surge capability in the midst of the current recruiting crisis to provide enough air defense soldiers to fill these slots. Infantry, engineer, and armor soldiers should have counter-UAV training integrated into their entry-level schools immediately to cover the gap.

The Russians have resorted to tactical ballistic missiles (TBMs) and cruise missiles to provide interdiction and deep-strike capability without risking their irreplaceable strategic bomber fleet. Notably, the Russians are not using saturation TBM attacks against Ukrainian urban centers or troop concentrations. Whether they are preserving their TBM inventory for potential future use or for current deterrence credibility, or they simply cannot keep production up with their rate of expenditure, is unknown. The Russians are using their cruise missiles and suicide drones to strike Ukrainian civilian targets. This new tactic can be seen in the recent retaliatory Russian strikes against Ukrainian civilian infrastructure that were almost entirely carried out by Kh-101 cruise missiles and Shahed-136 drones. These attacks have brought international attention to the need for interlinked high-to-medium altitude air defense (HIMAD) in order to adequately defend critical assets.

SHORAD: The Ugly Duckling of US Arms Procurement

Air defense has been an awkward subject in the American armed forces since the 1948 Key West Agreement separated responsibilities between the Army and the newly independent Air Force. The Army inherited air defense from legacy World War II antiaircraft artillery, but as missile technology evolved the US Air Force decided that it wanted to take over the mission. This rivalry over expensive HIMAD systems caused SHORAD to fall between the cracks. The history of US Army SHORAD through the Cold War and beyond is one of ambitious projects failing to deliver and being replaced by ad hoc equipment often technically and tactically inferior to their Soviet counterparts. Army doctrine from 1945 to the recently released Field Manual 3-0 has assumed air supremacy in any conventional war, leading to little agitation from below for a competitive SHORAD doctrine to account for Soviet advances. HIMAD reached its Cold War apogee with the inclusion of the Patriot missile system as part of the Big Five in the 1970s.

SHORAD’s procurement paragon was the Sergeant York, a visually impressive self-propelled antiaircraft gun featuring two Bofors 40-millimeter guns on top of a M48 Patton medium tank chassis. Sergeant York—unlike its World War I namesake—proved to have trouble with accuracy and acquired a reputation reaching levels of parody during testing. The most infamous example involved the prototype automatically swinging its turrets with loaded cannons toward the reviewing stands, sending reporters and senior officers alike diving for cover. The Ford program manager later explained the Sergeant York had been washed the previous evening, fouling its delicate electronics. “After it dried out, it did fine,” he said. A writer for The Atlantic sardonically asked him whether it ever rains in Europe. Sergeant York was canceled ignominiously in 1985.

The cancellation led to a scramble to find an ad hoc replacement for the Army’s archaic systems. The gap was filled by bolting the FIM-92 Stinger MANPADS missile to the top of a HMMWV along with a modified M3 Browning .50-caliber machine gun, designating the system the Avenger. Realizing that the overloaded and top-heavy Avenger had no hope of keeping up with an armored column, designers then swapped TOW antitank guided missiles on an M2 Bradley with a dual-Stinger pod, dubbing it the Linebacker.

The invasion of Iraq and rapid destruction of the Iraqi Air Force left US Army SHORAD without a clear purpose during the subsequent occupation and counterinsurgency. The Linebackers were converted back into regular Bradleys, and the Avengers were used as convoy escorts for about a decade until the Army decided in 2012 to shift the entirety of the SHORAD force (excepting two singular batteries in Fort Bragg and Korea) to National Guard units. Stinger procurement dwindled to 139 units delivered by 2005 and no contracts awarded after. Army SHORAD by 2014 was, for all intents and purposes, extinct.

Stinger MANPAD training for maneuver units was restarted through a herculean effort by 30th Air Defense Artillery Brigade at Fort Sill in 2016. There was, however, no system of record to replace the Avenger until the interim Stryker-mounted M-SHORAD system began delivery in 2021. Funding for M-SHORAD exploded, with over $500 million earmarked for ninety-eight systems, enough to equip almost four battalions, from fiscal years 2021 to 2023. The ongoing M-SHORAD program is a start. The first M-SHORAD platoon was delivered this October, with a full battalion hoped to be fielded by the end of the calendar year.

As with procurement, doctrine and intellectual engagement also lagged behind in the Army. Much of the writing regarding air defense in the post-9/11 world has been dominated by integrated air and missile defense—a vision that all air defense assets across the joint armed forces can be brought together in an “any sensor, best shooter” situation. The Army’s integration was limited to only HIMAD until very recently. Field Manual (FM) 3-01, US Army Air and Missile Defense Operations was updated only twice in the twenty years after 9/11, in 2009 and 2015. Each version reduced SHORAD’s role in favor of theater missile defense. For example, the 2009 edition of FM 3-01 mentions SHORAD on only three of its 146 pages. Professional military education also saw a dearth of engagement with air defense. A survey of Command and General Staff College papers written between 2001 and 2020 shows only one paper written regarding SHORAD, which focused on meeting “the challenge of guerilla air war.”

In 2018, the Joint Chiefs of Staff issued Joint Publication 3-01, Joint Doctrine for Countering Air and Missile Threats but it was merely a republication of the 2012 version. In July 2022, the Army published FM 3-01.44, Short-Range Air Defense Operations. This is the first time that Army SHORAD has had its own field manual. The current version of FM 3-0, Operations, released in October 2022, mentions air defense sixty-seven times in its 270-page length, repeatedly emphasizing its importance in area denial activities and citing two recent case studies—the Donbas in 2014 and Nagorno-Karabakh in 2020—in which the employment of air defense had a decisive impact.

Air defense at the battalion level must begin reintegrating into maneuver forces in order to provide effective cover in future combat operations. Air defense battalions—both SHORAD and Patriot—should be conducting rotations at the Joint Readiness Training Center and National Training Center to begin reacquiring important tactical experience against near-peer conventional threats. Air defense battalions should coordinate to go “into the box” with a maneuver division. The last time American air defense units were integrated on this level was before the 2003 invasion of Iraq. Currently, a majority of Patriot battalions and THAAD (terminal high-altitude area defense) batteries are on a constant schedule of forward deployments and are unavailable for this reintegration. These deployments are to countries with their own robust air defense systems. HIMAD battalions have been overtasked on these rotations to Korea and the Middle East for decades.

The current air defense organization is a relic of the past two decades of static, theater-level, defensive deployments and needs to be seriously reevaluated in the face of new threats. HIMAD air defenders have grown accustomed to immobile deployments at friendly bases and reporting directly to the theater combined air operations center. Forward-deployed Patriot units must take care to prevent the launchers and radars from literally rusting into place. Air bases and static air defense units make great targets.

The positioning of US Army air defense brigades and Army Air and Missile Defense Commands (AAMDC) as echelons-above-corps, theater-level units has added to this feeling of isolation. Unlike field artillery brigades, which answer to their respective army corps headquarters, air defense brigades, and the recently created SHORAD battalions, report directly to the theater commander through the AAMDC. There is no air defense representation in divisional artillery, which largely remains an administrative structure with no battalions under its command. If the Army believes that divisions and corps will dominate in future wars, air defense battalions should be returned to the divisions.

Defending the Sky Above

As General Douglas MacArthur remarked, “The history of failure in war can almost be summed up in two words: ‘Too late.’” The need for effective and integrated air defense has not been this pressing for the United States and its allies in decades. The sinking of the cruiser Moskva and the Ukrainian drone attack on the Russian Black Sea Fleet headquarters in Sevastopol demonstrate that even the best air defense system is useless if the system is not integrated into a larger network, or the operator not properly trained. Proliferation of UAVs has democratized the skies, putting American soldiers at serious risk for the first time in decades. The Army cannot assume that it will have uncontested air supremacy like it has in the past. The lessons from the ongoing invasion of Ukraine need to be learned quickly before the next war forces the Army to build the missile in flight.