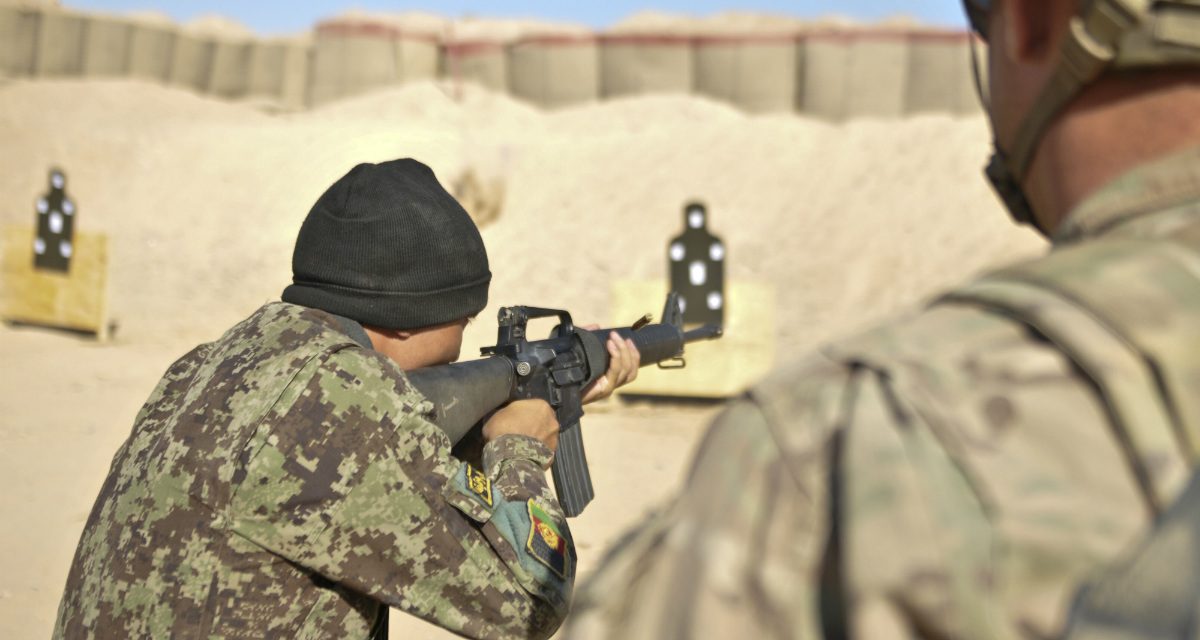 Editor’s note: In this article in the journal Defense & Security Analysis, MWI Non-Resident Fellow Dr. Jahara Matisek considers the way in which the US government conducted military assistance during the Cold War and the way in which this “model” is difficult to implement in the contemporary era of weak states where US politicians engage in strategic dithering.

Since coming to office, the Trump administration has been substantially cutting resources for the US State Department and other diplomatic “peacemaking” agencies in the US government. Reducing support for the State Department goes against the personal views of Secretary of Defense James Mattis. In 2013, when Gen. Mattis was serving as commander of US Central Command, he told the Senate Armed Services Committee, “If you don’t fund the State Department fully, then I need to buy more ammunition.” I contend in this article that since the end of World War II the United States has provided substantial amounts of military assistance and state-building aid. During the Cold War, it proved vital in protecting numerous regimes from communist takeovers (e.g., Greece, Turkey, South Korea, and Taiwan). Successful outcomes occurred when American leaders made large initial aid commitments (i.e., military and state-building assistance), and the receiving states had the capacity and political willpower to use it effectively. However, the Vietnam War was an example of how US support to South Vietnam lagged, as leaders in Saigon preferred political survival instead of creating regime legitimacy. This was one of the first examples of American strategic dithering, whereby foreign policy elites knew the answer to a national security problem but failed to adopt a robust “winning policy” from the beginning. Instead they opted for a “not losing” policy, because they doubted that the American political base would support a strategy requiring substantial resources. Within this framework, politicians perceive the US military as a better investment than American diplomatic tools to engage in political state-building. This is precisely what Rosa Brooks worries about in her 2016 book, How Everything Became War and the Military Became Everything.

Since the attacks of 9/11, US security aid has been focused on helping weak countries develop stronger security forces under the logic that weak states “can pose as great a danger to our national interests as strong states,” as set forth by the Bush administration in the 2002 National Security Strategy. Unfortunately, such American efforts to build strong militaries in weak states (e.g., Iraq, Afghanistan, Somalia, etc.) only led to the creation of what might be called “Fabergé egg” armies: shiny and expensive, but easily broken by insurgents. I suggest long-term strategic commitments (i.e., avoiding strategic dithering) need to be made alongside more resources for the State Department and similar organizations to focus on the political aspects of nation- and state-building. Finally, I suggest a return to fully funded “whole-of-government” approaches by appointing a “leader” (or czar) to oversee military assistance programs, coordinating various instruments of national power in unison to achieve a specific strategic outcome. Such a focused effort would bring accountability back to the American way of war and would facilitate long-term security and political institution–building in weak states.