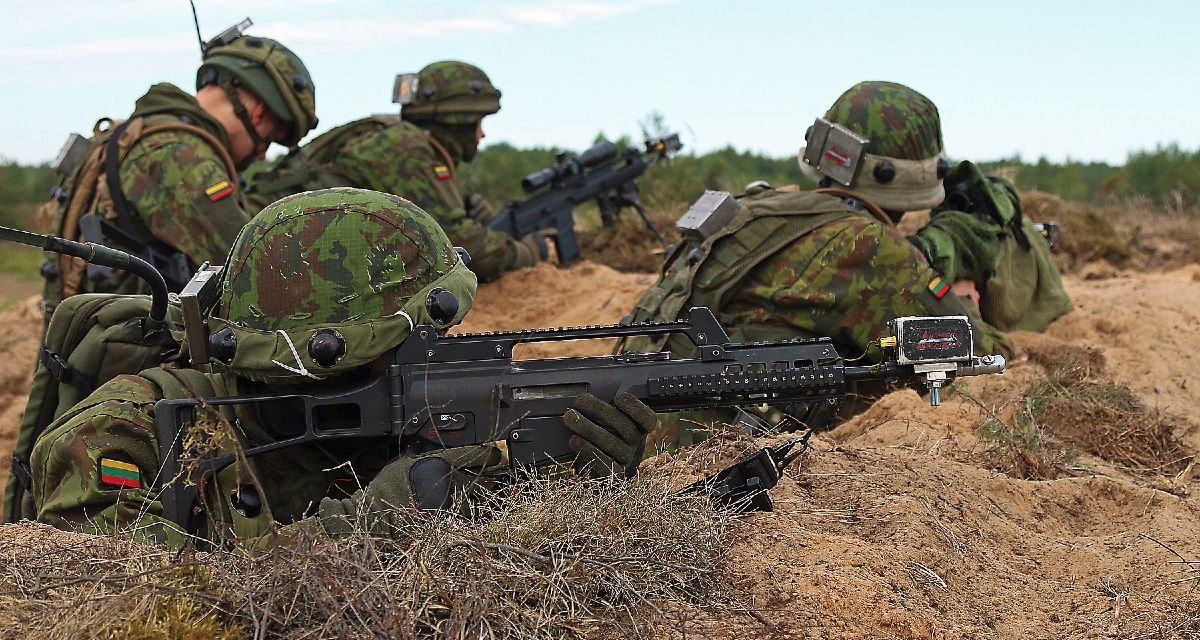 In a recent article published by the Modern War Institute, Sandor Fabian makes several great points about the need to learn from recent nonstate opponents like the Taliban, ISIS, and Hezbollah in order to learn how to fight against a conventionally far superior enemy. However, his conclusion—that small nations like the Baltic states should completely dismantle their conventional forces and replace them with unconventional ones—entails far too much risk. It is oriented too exclusively on a short-term, “maximum bang for the buck” rationale, and pursuing this recommendation would lead to militaries that are less flexible and risk becoming even more of a hammer in search of nails than is often currently the case with conventional military forces.

There are a wide range of factors to take into consideration when formulating defense policy, but several in particular argue against small states that are vulnerable to Russian aggression eliminating conventional forces in favor of popular resistance forces.

The Inputs of Deterrence

The place where deterrence matters most is between the ears of a potential attacker. How to measure the effect of what we do in that particular part of the battlespace is extremely difficult, if not impossible. But it is hard to conceive of a situation in which a potential attacker would be less deterred by a conventional defender—however small—backed by the threat of an alliance coming to its aid and potentially by an organized resistance, than by that resistance and that alliance threat alone.

Switching to an irregular resistance force largely renders your national defense invisible to your own population. Planners in small states like the Baltics need to ask themselves what message this would send to their citizens. Do they trust that which they can’t see? Will they not lose heart in the face of an invading aggressor that isn’t stopped or even slowed down? Will they be motivated enough to take up arms themselves if they aren’t shown the example of their own troops fighting?

Trust in Your Own Population

A country like Switzerland is famous for having a longstanding tradition of militia members keeping firearms (and prior to 2007, government-issued ammunition) at home between their annual refresher training periods. Other countries have more or less of a gun culture, where hobbies like hunting and sports shooting create a level of familiarity with weapons among large parts of the population. This isn’t the case everywhere, however, and not every government may be ready to trust its citizens enough to grant them easy access to rifles, machine guns, antitank missiles, and explosives, especially given the additional argument of doing away with ranks and flattening command-and-control structures.

An additional factor to take into account in this context are the large minorities of Russian descent that are present in the Baltics, a number of them with Russian passports, and many of them vulnerable to Russian influence operations using media outlets like RT and the like. Would the Baltic governments trust them enough to arm and train them as irregular fighters? And if not, would they then be discriminating against part of their own population?

If a small country switched its military to this unconventional mode, it may well be less likely to receive military support from other NATO members if and when needed. Other countries may need to see the threatened country’s military “lose” before deciding that they can’t remain passive and should come to its aid.

By the same token, the image of an ally’s military losing might be necessary for states to be able to sell an intervention to their own domestic constituencies. A Russian military steamrolling toward the Baltic coast without any visible resistance may incite other nations’ citizens to question why their troops should be put in harm’s way to rescue a country that isn’t visibly defending itself.

Even without the context of a military conflict, if the Baltic nations were to stop investing in conventional military capabilities, it remains to be seen if other NATO allies would remain as eager as they are today to keep up missions like Baltic Air Policing.

Reciprocity is also part of the mechanisms that keep allies faithful to each other. If Estonia is participating in the French-led Operation Barkhane in Mali today, that is not simply because the Estonian government shares the French view on the security situation in the Sahel. Without conventional forces that can be sent to contribute to these kinds of operations, it becomes harder to reciprocate between allies.

Conventional forces are hard to rebuild—and it takes a long time to do so. Completely dismantling them is not prudent in the face of an uncertain future. For all the respect I have for my SOF (special operations forces) colleagues and the irregular warfare that they are uniquely equipped to undertake, no single military capability by itself is the Swiss Army knife that many claim to be. We all have our purpose and specific know-how, and as many of the smaller European allies can attest, once you lose a military capability for budgetary or other reasons, it is extremely hard and painful to rebuild it. Being “future proof” as a military doesn’t mean keeping all the traditional capabilities without questioning and sometimes reinventing them, but it does mean keeping multiple different capabilities.

There is a middle road to be found. NATO has been conducting SOF exercises in the Baltics that play out scenarios of underground resistance against occupation by a potential invader. It is clear that a lot of the relevant thinking is already being done.

In addition, many of the infrastructure preparations advocated in order to prepare resistance-style operations could just as well benefit a conventional defense by conventional forces. Investments that would prove worthwhile either way hold particular advantage.

Lastly, it might be useful to train conventional forces for a scenario where they would be ordered to “go underground,” either once their conventional ability to keep fighting is too eroded for it to remain useful, or even earlier in a conflict after achieving an initial impact against the adversary’s conventional force but when the ultimate outcome is clear.

Small nations have limited means, and need to spend their defense budgets wisely. It is therefore crucial that they take a critical look at doctrine and force structure. Instead of simply mimicking bigger militaries in their organization, they must design their military forces for the environment they find themselves in, and for the objectives they want to achieve. However, it is equally crucial that they keep the widest possible range of military capabilities, since that is the best guarantee for flexibility in light of uncertain futures.

Jeroen Verhaeghe is a Belgian infantry lieutenant colonel with previous postings in Belgium (national and NATO) and as an exchange officer in the United States, and is currently assigned to the Belgian Defence College as an instructor in land operations. He has deployed to Kosovo and to Iraq.

The views expressed are those of the author and do not reflect the official position of the Belgian Defence College, Army, or Ministry of Defence, or of the United States Military Academy, Department of the Army, or Department of Defense.