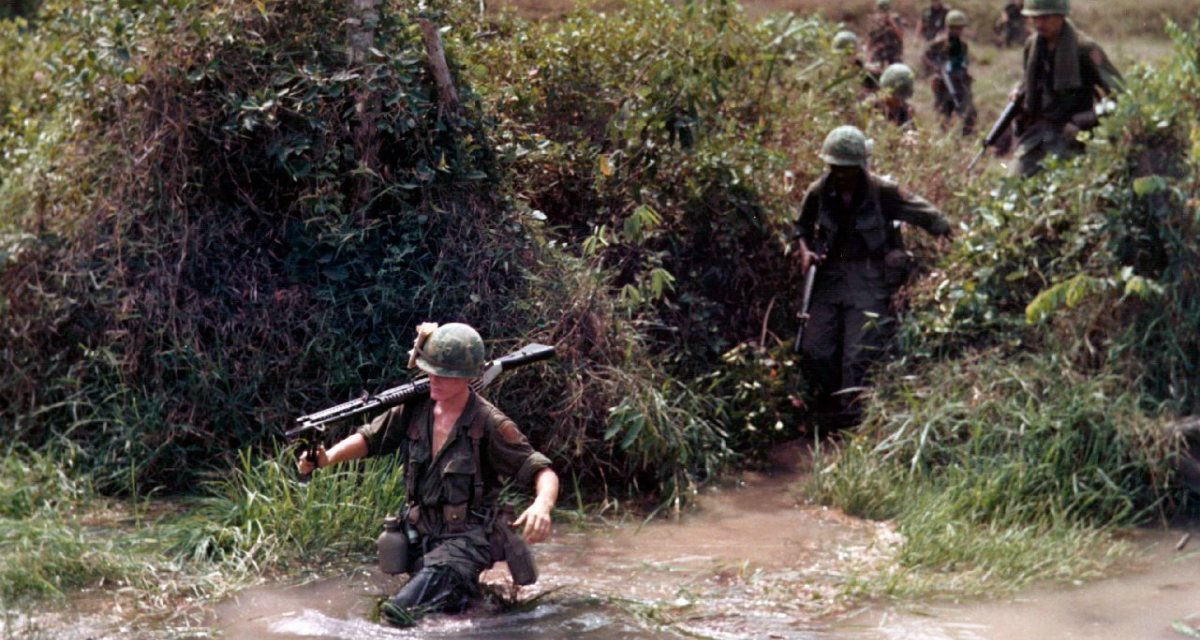 Now that Ken Burns and Lynn Novick’s much-heralded documentary has revived a national discussion of the Vietnam War, this might be a good time to take another look at some of the faulty memories that have displaced much of the true history of that conflict.

One place that could use some fact-checking is the official website of the Pentagon’s Vietnam War Commemoration, marking the war’s fiftieth anniversary. Most of the criticism of that site has come from antiwar groups complaining about what they see as a prowar slant. But leaving the political debate aside, there are outright and indisputable errors of fact in the site’s interactive timeline and its set of fact sheets, both part of the History & Legacy section. Correcting those should be uncontroversial, but many remain unchanged months or even years after they were called to the site administrators’ attention.

The inaccuracies include sins of commission and of omission—mistaken statements of fact, and important facts left unmentioned.

In the former category, some mistakes sound abstruse or insignificant. But separately and cumulatively, they distort history in meaningful ways.

That is false. The Geneva treaty recognized Vietnam as a single nation. Defining the line between South and North as a “military demarcation line” temporarily separating the opposing French and Viet Minh armed forces, the agreement explicitly stated that the dividing line “is provisional and should not in any way be interpreted as constituting a political or territorial boundary.”

This may seem a minor technicality, but it’s not. It distorts a fundamental issue: what the war was about. Was it a war of illegal foreign aggression by North Vietnam against the South, as the United States insisted? Or a war to reunify an illegally divided country, as the Communist side proclaimed? There are arguments on both sides of that question, but the Geneva agreement did not support the US legal and political justification for intervening in Vietnam, and falsely saying it did gives the American position an uncontested legitimacy it did not have. (The timeline’s separate entry on the Geneva agreement has it right, by the way.)

Another example is in the Air Force fact sheet, which says this about the year-end US air offensive in 1972 that became known as the “Christmas bombing” (the fact sheet uses the actual codename, Linebacker):

As [peace] talks dragged on, President Nixon ordered a second Linebacker operation and in late December 1972, B-52s struck Hanoi and Haiphong at night and A-7s and F-4s struck during the day. . . . The North Vietnamese, now defenseless, returned to negotiations and quickly concluded a settlement. American airpower therefore played a decisive role in ending the long conflict.

Again, the facts do not support that claim. The December bombing did not lead to any new concessions by Hanoi. The terms North Vietnam agreed to after the bombing were in essence exactly the same ones they had accepted in October 1972, before the bombing. The October text was not an agreement in principle or a draft for negotiation, but a complete, final treaty, accepted by both sides. It did not go into effect only because the United States withdrew its commitment after the South Vietnamese government, which had not been a party to the negotiations, refused to go along. After the Christmas bombing, under heavy US pressure, Saigon agreed to the treaty (so it was South Vietnam, not the North, that changed its position after the Linebacker campaign). None of this is mentioned anywhere on the fiftieth anniversary site.

That’s not an inconsequential mistake, either. It makes an unjustified claim for the role of air power and mischaracterizes a critical event in the final chapters of the war.

Errors of omission are also glaring. In one startling example, the timeline does not mention the March 1970 coup that overthrew Norodom Sihanouk, toppled Cambodia into full-scale war, and precipitated the incursion by US troops six weeks later.

In another notable omission, the timeline leaves out South Vietnam’s only authentic presidential election, in September 1967. President Nguyen Van Thieu won the election with just over one-third of the votes, while a peace candidate, Truong Dinh Dzu, unexpectedly took second place with support from nearly 20 percent of the electorate. (After the election Dzu was swiftly imprisoned—somewhat tarnishing Saigon’s and Washington’s assertions that South Vietnam was a legitimate democracy.)

Also missing is the intensive six-month US bombing in Cambodia in 1973, after the Paris agreement had ended direct US military action in Vietnam. The single reference is in an entry saying only that Congress withdrew funding and ended “U.S. air action in Cambodia and Laos.” No other words about the Cambodia campaign appear there or anywhere in the timeline. And at the far end of its span, the timeline does not mention Thieu’s resignation and his nighttime flight out of Vietnam in the war’s final days in April 1975.

Historians and other critics have been criticizing the Pentagon site almost since it was unveiled, and site officials have been promising for much of that time to review and revise its content. Army Col. (ret.) Mark Franklin, chief of the commemoration’s History & Legacy Branch, has agreed on a number of occasions over many months that the timeline, in particular, should be replaced by one that would be “more objective, more comprehensive, and with more context.”

Speaking at the American Historical Association’s annual meeting in January 2016, Franklin said that the site would be completely redesigned with a new timeline (that was one of several public statements to that effect). In the meantime, though, the existing timeline and fact sheets would stay up, without amendments.

Nearly two years after that presentation, though, no new changes have appeared.  (Earlier, a small number of entries were revised in late 2014 and early 2015, but as far as can be determined, no revisions have been made since then.) There is still no definite timetable for posting the new site (administrators now say it may go online by the end of this year, but that remains uncertain). It is unclear whether the long delay is chiefly due to technical problems, sluggish bureaucracy, or deliberate foot-dragging elsewhere in the Pentagon. It is also unclear why specific errors could not be corrected without waiting for the entire site to be replaced.

The first objective of the commemoration, as presented on the website, is “to thank and honor veterans of the Vietnam War.” False history does not serve that goal. Some of the facts are uncomfortable, but the men and women who served in Vietnam are not children who need to be shielded from difficult truths. Misrepresenting those truths doesn’t honor those veterans; it disrespects them.

Another purpose of the site, stated on the opening page of the History & Legacy section, is “to provide the American public with historically accurate materials [emphasis added] . . . that will help Americans better understand and appreciate the service of our Vietnam War veterans and the history of U.S. involvement in the Vietnam War.”

The present site falls short of that pledge. It is long past time to meet it.

Arnold R. Isaacs covered the last three years of the Vietnam war for the Baltimore Sun. He is the author of Without Honor: Defeat in Vietnam and Cambodia and Vietnam Shadows: The War, Its Ghosts, and Its Legacy.