Finally, an Afghanistan Strategy that Puts Pressure on Pakistan 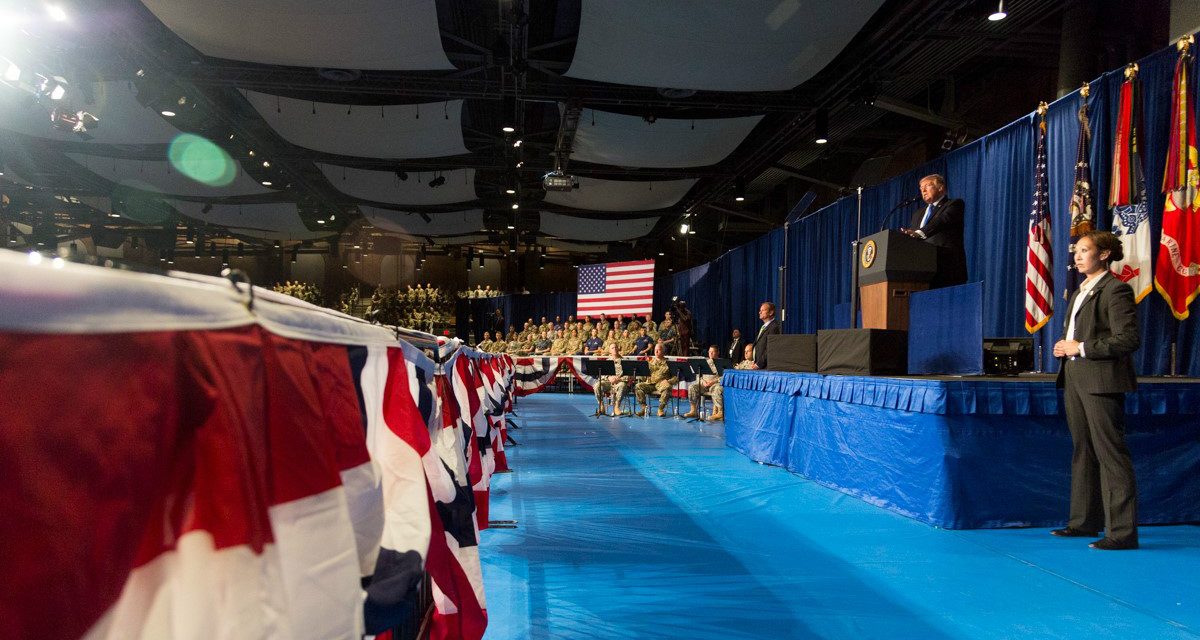 President Donald Trump deserves praise for his new, long-overdue Afghanistan policy, which was unveiled after a torturous, months-long debate. The new policy moved beyond specifying future US troop numbers to defining a larger strategic end state in Afghanistan. More importantly, the policy drew a clear distinction between America’s friends and foes and sent the right message to the Taliban and their patrons: that US commitment to Afghanistan is unwavering and that we will no longer telegraph our exit with artificial deadlines.

Although many Afghanistan watchers have criticized the new policy as a status quo, it was welcomed in Kabul. Afghan leaders have especially applauded the US shift from a calendar-based approach to one based on conditions on the ground, although those conditions need to be properly defined to ensure the United States does not sign on to a forever war.

More crucially, the new Afghan policy makes one striking departure from past US policies: a new approach towards Pakistan, a poster child for terrorism. The policy rightly distinguishes Pakistan as a clever adversary and not an imperfect friend, and makes clear that the United States would no longer turn a blind eye to Islamabad’s duplicity in providing sanctuary, support, and a platform to terrorists that kill American and Afghan forces.

In the past year, Pakistan has incarnated its longstanding Afghan policy, directed from its military headquarters in Rawalpindi, to prop up the Afghan Taliban as a means of extorting concessions from Kabul or even creating a pliant state by toppling the pro-Western Afghan regime. For years, Pakistan had pushed the Afghan government to reach a political settlement with the Taliban, which is Rawalpindi’s preferred option, but has hesitated or refused to allow the Taliban leaders to engage in negotiations with Afghanistan, especially when Pakistan needs were unmet. In his speech, President Trump encouraged the Taliban to engage in peace talks, but he was right to not give up US military efforts against the Taliban that would eventually pressure them to the negotiating table.

However, this will not happen without Pakistan’s cooperation. The challenge is that there are multiple competing voices among those who run Pakistan’s Afghan policy about what accommodation they expect in a political deal for them to relinquish the Taliban. On the one hand, there are elements within Pakistan’s security establishment that relish chaos in Afghanistan, which they prefer and can manage over a noncompliant regime in Kabul. These elements view destruction in Afghanistan as power and leverage and perpetuate their odious and predatory behavior through using terrorism and violence as a tool. The end result is that the Taliban today are increasingly energized by their recent territorial gains in Afghanistan and believe that time is on their side.

But, on the other hand, there are also elements within Pakistan that are concerned about the infusion of radicalism into the ranks of its powerful military. For example, radical Islamic ideals that appeal to unemployed youth are now also affecting lower-level members of Pakistan’s military. Although this blowback effect has not yet been turned into tangible threats within the army, Pakistan’s military continues to address the symptoms rather than the root of the problem. Fretful of this reality, Pakistan’s military realizes that if this trend continues, it will most likely create subversive insiders in the army that will threaten its stability from within. Unfortunately, these are minority voices that go unnoticed and often do not receive the kind of attention their concerns merit.

Meanwhile, the Taliban has not publicly sought a political deal, and it is unlikely for the group to sue for peace. Ultimately, Taliban’s objective is to take control of the Afghan political system and fundamentally change it. A cursory look at past fruitless peace efforts shows that these have failed because of bad faith, miscalculation, or bad timing. There is also another problem. The Taliban has no single pro-peace voice or a messenger who could authoritatively speak for the group to negotiate peace. There is also no Taliban leader who can coalesce the entire group around a political deal and deliver on it. Nor would any Taliban leader freely engage with the Afghan government without Pakistan’s consent, for fear of reprisals from Rawalpindi.

Under such conditions, the new US policy and the mini-surge of nearly 4,000 additional US troops would be crucial in tilting the ongoing Afghan stalemate in favor of the Afghan government. More vitally, the mini-surge would boost the current Afghan train, advise, and assist mission and help with building the offensive capabilities of Afghan forces, especially the Afghan special forces. The Afghan government has already announced plans to turn its special forces division into a corps, and the mini-surge would help with doubling the number of Afghan special forces to 30,000 troops. Additional US troops would also play a pivotal role in bolstering the Afghan air force and improving the leadership and intelligence collection capacities of Afghan forces.

While it remains to be seen how Pakistan would respond to the new US policy, there are reasons to believe that any shift in Pakistan’s policy would be short-term and tactical. First, several of Pakistan’s political parties are supporting radicalization and flirting with jihadi mindsets. Many Pakistani political parties repeatedly call for a jihad against the United States in Afghanistan. Even Imran Khan, the leader of Pakistan’s main opposition party, has claimed that the Taliban are fighting a “jihad” in Afghanistan that is justified by Islamic law. Khan’s recent response to the new Afghan policy was that it was the outcome of the “Indian and Jewish lobby.” Such public statements in support of criminal activities are not only misguided but also inspire violent extremist ideologies and provide a space for insurgents to recruit.

At the same time, the underlying thinking in Rawalpindi may well be that it can still achieve its traditional goals through different means, perhaps by even creating another proxy group. Even if Rawalpindi changes its posture towards the Taliban, the shadow of history in Afghan-Pakistan relations would likely hamper the policy shift. More importantly, there would likely be no positive change in Pakistan’s strategy unless and until it genuinely supports political inclusivity in Afghanistan.

Second, the mainstream media in Pakistan, rather than being a force broadly supportive of stability in Afghanistan, is often the opposite. A broad cross-section of Pakistani media (social and print) frequently argue that the United States has failed in Afghanistan and that it should withdraw its troops. Elements in the mainstream media are also raising paranoia and anti-Americanism among the people, while openly advocating on behalf of the insurgency next door.

While there may be a realization in Rawalpindi that its current Afghan strategy has not succeeded, there are no tangible signs of an actual policy shift. Future tactical concessions from Pakistan should be taken with a grain of salt. The United States should, meanwhile, follow through on Trump’s speech with concrete actions, particularly on Pakistan, including extending drone strikes to Taliban and Haqqani leadership in Quetta and North Waziristan and imposing targeted financial and travel sanctions on known Pakistani intelligence and military personnel who aid and abet these groups, and diplomatically isolate Pakistan if it does not deliver. At the same time, Kabul must resist the temptation of trailing into hasty and high-risk peace talks and accepting conditions that privilege Pakistan’s interests at the expense of Afghan security.