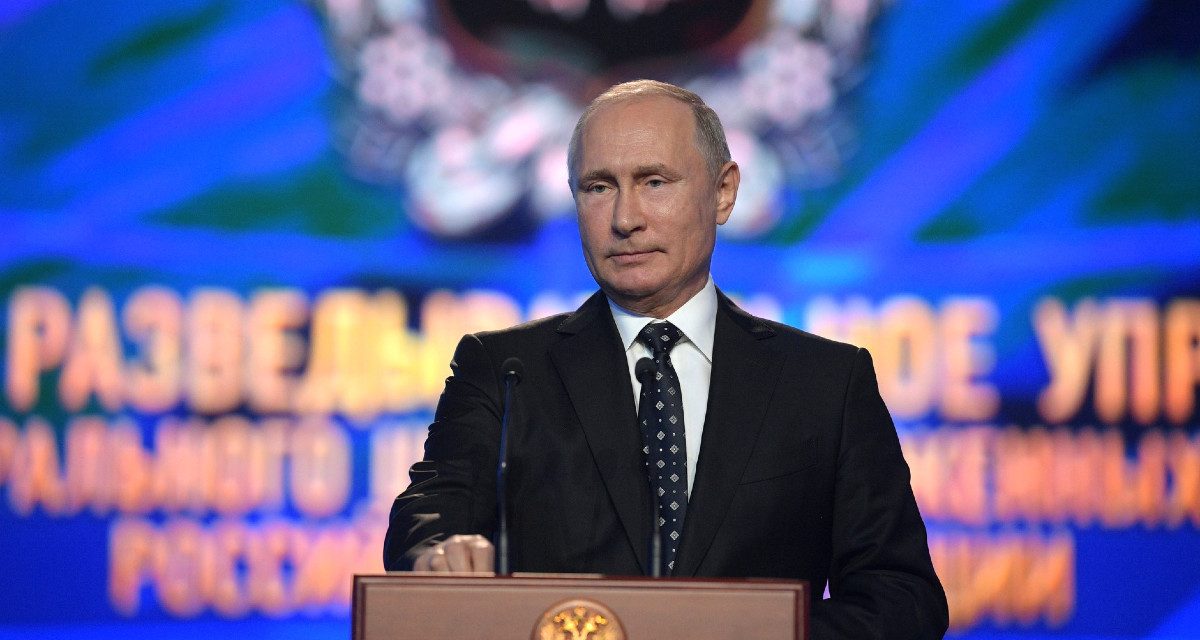 On October 8, 2019, the New York Times published a sensational piece on its front page, detailing the decidedly mixed operational history of Unit 29155 of Russia’s military intelligence directorate, the GRU. The article revealed that the elite unit was comprised largely of former Spetsnaz unit members with deep experience in Central Asia, Africa, the Middle East, and Europe. It exposed the unit’s assassination operations, along with other activities designed to destabilize political opponents in Russia’s “near abroad.” The article detailed a host of operational mistakes, outed members of Unit 29155 by name, and even provided details on the unit’s headquarters.

At first blush, it would appear that Unit 29155 failed the famous “New York Times test”—a hypothetical exercise, long used in the US intelligence community, which prompts intelligence professionals to consider the negative impact of an operation if its details were to be splashed across the front page of America’s “newspaper of record.” If the consequences are unacceptable, changes may be required to increase secrecy or mitigate fallout.

Building a Narrative of Aggression

Building from the initial New York Times exposé, a community of analysts, journalists, and citizen investigators (most notably Bellingcat) has meticulously tracked and documented the supposedly poor tradecraft of Unit 29155. At face value, these revelations represent a triumph of citizen journalism and the power of open-source research in the digital age. But how do we reconcile these investigative breakthroughs with the skill sets that exist within the GRU?

The narrative of Unit 29155’s sloppy tradecraft may have begun in response to genuine mistakes. All intelligence services blunder. That said, Unit 29155’s supposed missteps were repeated time and again, after their initial exposure. Operational and digital signatures have been uncovered and revealed in the press—and then used again. There are two possible explanations for an apparent operational breakdown of this scale: either one of the most elite elements within the GRU has become grossly incompetent, or the Kremlin has been scattering breadcrumbs deliberately.

The latter explanation seems more likely: public discovery of the Kremlin’s covert activity may well have been the bedrock of a calculated Russian influence operation.

According to the Carnegie Endowment for International Peace, “Influence operations are organized attempts to achieve a specific effect among a target audience.” In this instance, the target audience is the international community, with the primary emphasis on any outspoken dissidents or opponents of the Russian agenda—and a secondary emphasis on Western perceptions of what the Kremlin is prepared to do to achieve its goals. The specific effect, meanwhile, is to amplify perceptions of Russian aggression and present Russia as a serious foe.

As public outcry flared over the attempted hit on Sergei Skripal in March 2018, the Kremlin saw an opportunity to advertise Russia’s aggression, ramping up operations and even reusing some of the same kill teams. The continued not-so-covert activity of Unit 29155 has demonstrated the Kremlin’s distinct risk/reward calculus. When it comes to risk, Russian policymakers accept that certain operations cannot withstand the scrutiny of ubiquitous technical surveillance, lengthy journalistic exposures, or law enforcement investigations. Moreover, there is substantial upside to such exposure if it furthers the narrative of Russian power and aggression.

The message Russian intelligence wishes to send is clear: The Kremlin can, and will, dispatch covert warriors to operate with impunity around the globe. This is a deliberately crafted message, which has been intentionally shared with the world.

This message serves multiple purposes for Moscow. First, it serves as a distinct form of deterrence to defectors, traitors, and other dissidents, signaling that political enemies are not safe anywhere. The absence of refuge, and the prospect of ever-roaming assassination squads, has a powerful psychological effect similar to that of a sniper on the battlefield. The perils of crossing the Kremlin are, all too regularly, front-page news. This explains why the Kremlin has no qualms about carrying out an assassination in London, the most surveilled city in the world.

The second purpose of this message has a more ambitious geopolitical end. A state that is willing to murder its foes in European cities like Berlin and Salisbury could also be willing to run the risk of a large-scale ground offensive into Ukraine. The implication is that Western leaders should appease Russia, and perhaps sacrifice Ukraine in the process. The madman can win in coercive bargaining situations, just as Sun Tzu argued that the aura of reckless aggression can allow one to “win without fighting.”

Both tragically and ironically, prominent Western voices have gone out of their way to propagate the Kremlin’s narrative. Within Western political circles, Russia’s reach in the information environment has been vastly overhyped. Efforts to get to the bottom of Russia’s actions and their actual impact on Western electoral politics are politicized into partisan narratives long before official reports are produced. The common thread through all of this has been an amplification of Russian aggression, reach, and strategic vision.

Where Do We Go From Here?

Today, broad segments of the Western press remain fixated on the prospect of Vladimir Putin’s next “Monster Plot”—the false Cold War–era theory that the Soviets had high-ranking moles in the CIA. This theory so obsessed elements of the CIA that it paralyzed HUMINT operations for years. Then as now, the result is the absurd mythologizing of Russian power. The West has created the legend of Putin the mastermind. It’s time to correct this imbalance.

On the home front, the United States must take ownership of its own political reality. The intertwining myths of Russian omnipresence and omnipotence in the information environment must be put to rest, regardless of their short-term utility in furthering domestic partisan ends. Russia is a geopolitical foe that meddles in elections—but this threat must be addressed without casting the Kremlin as an all-purpose and all-powerful bogeyman.

The US intelligence community, meanwhile, might reconsider how it uses the New York Times test. Russia has shown that exposure is not always a bad outcome. How should US intelligence organizations think about publicity in the information age? If Russia can turn this test on its head and weaponize it, what lessons might the United States learn about achieving strategic effects in the twenty-first century?

There are some examples of this type of success in the West. The Stuxnet attacks on Iran were an intelligence campaign wherein exposure may have amplified the effects of the initial operation by advertising the cyber reach of Iran’s foes. More recently, the US government declassified some details of Russian activity along the Ukrainian border to “narrow Putin’s options and make him think twice.”

Of course, the United States is not Russia. Russian tactics are broadly beyond the pale in a democracy, where transparency and accountability are essential. The United States should not be in the business of surreptitiously manipulating the media—both for self-evident ethical reasons and because of the ever-increasing likelihood of exposure. Nonetheless, it is clear that Russian intelligence has adapted, in its own distinct way, to the realities of the information age. The Glomar response—neither confirming nor denying an allegation—is not good enough anymore. US intelligence needs to rethink its approach to risk, exposure, and accountability.

In an era of ubiquitous technical surveillance, truly covert action will grow increasingly elusive. Moscow appears to have grasped this reality and embraced it. Western leadership must also adapt to the environment as it is—not as it wishes it to be—and plan accordingly. Above all, the United States must not pause or prevent operations due to an outdated understanding of the tradeoff between covert operations and the risk of exposure. US intelligence must reclaim the initiative. It needs to take more risks—provided that it is taking risks that it can be proud of.

Chris Cruden is a former senior advisor to the under secretary of defense for intelligence and security. Prior to that, Chris worked in the private sector in emerging technology and served as an intelligence officer conducting HUMINT and SIGINT operations in support of special operations. He is currently a member of the Ridgeline International, Inc. team ensuring DoD clients have the necessary technology and training to carry out their missions securely and successfully.

Dr. Nicholas Krohley is the principal of FrontLine Advisory. He is an advisor to American, British, and numerous allied governments, and the proprietor of www.civilreconnaissance.com.

Image: Vladimir Putin speaks at an event to mark the centenary of the GRU (credit: kremlin.ru)