Getting Competition Wrong: The US Military’s Looming Failure 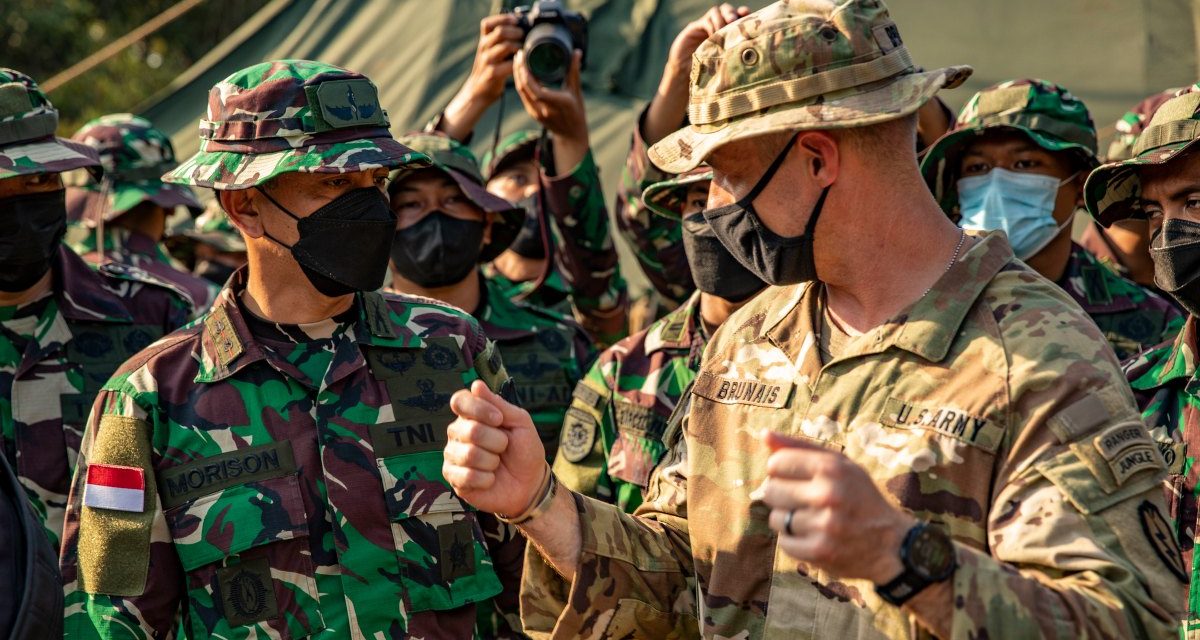 A new great game is underway. The United States’ unipolar moment is coming to a close. As a hegemon on borrowed time, we must compete to secure our interests. China offers an alternative vision of the future. Russia seeks a return to faded glories. Iran envisions a fundamentally different Middle East. Regional powers like Turkey, India, and Brazil chart their own, independent paths into the future.

Confronted with global uncertainty, America faces two critical challenges: how to understand this new environment, and how to optimize its military to compete therein. On both counts, consensus has been reached. On both counts, it is wrong.

Conceptually, we have adopted the paradigm of strategic competition. In this framing, the world is a playing field for elite rivalry. Africa is where we compete with China. Eastern Europe is where we counter Russia. The Middle East is where we battle to maintain a marginally favorable status quo, in the face of a hostile Iran and opportunistic encroachment by Russia and China alike. Southeast Asia (and, remarkably, Latin America) are places where we attempt to check Chinese expansion.

At first glance, this may seem logical. Our geopolitical interests are contested by a short list of opponents. They are our competitors, and it is a competition we must win. Our focus, consequently, is on their objectives, capabilities, words, and deeds.

This opponent-centric worldview has set the US military on a distinct trajectory. The buzzwords of the day are “lethality” and “large-scale combat operations.” Hardly a press conference goes by without a reference to technological innovation and force modernization. We are zeroed in on our competitors, whom we seek to deter or, in the event of escalation to armed conflict, defeat in a head-to-head clash, abetted by futuristic weapons platforms.

If we maintain this course, America will continue its twenty-first-century losing streak—and there will be a tragic continuity to our inevitable decline and fall. Our post-9/11 strategic debacle (which each of the authors witnessed firsthand) was born of a mentality that focused overwhelmingly on adversaries and threats, at the expense of understanding the context in which they had metastasized.

We lost the war in Afghanistan, not for lack of ability to best the Taliban in open battle, but because we failed to understand Afghanistan itself. Most critically, we failed to grasp the societal dynamics that enabled the Taliban to shrug off two decades of cutting-edge kinetic power, and that rendered useless our half-hearted attempts at nation building. In Iraq, we proved unable to navigate a maze of societal and political fault lines, while being repeatedly outmaneuvered by Iran (who leveraged a superior contextual understanding of their neighbor, which more than compensated for their comparatively meager resources). Time and again, throughout the “Global War on Terrorism,” our enemies adapted and regenerated, sustained via root structures deep within local communities and social networks—root structures that the US military failed to investigate, understand, and disrupt.

It is a truism that all politics is local. Domestically, Americans grasp this instinctively. For reasons unknown, we have systematically failed to operationalize this in our foreign policy. This is the failure that must be corrected in order to recalibrate American foreign policy and military strategy.

Our current strategic landscape must not be viewed as a contest among rival powers, where the features of the playing field are secondary. This framing is precisely backward. From the Black Sea to the Sahel to the Mekong River basin, local dynamics set the stage for the new great game. Victory will go to whoever masters those details: knowing precisely when, where, why, and how to take action—or, equally important, to abstain.

This reframing of our strategic outlook requires a realignment of the US military’s priorities. Our most urgent task is not transformation or modernization. Instead, it is to remedy a weakness that doomed our post-9/11 campaigns: the inability to make sense of facts on the ground, and to translate that knowledge into action.

The US military flounders in the human domain of conflict, with respect to foes, friends, and bystanders alike. Failure to engage with the building blocks of humanity—culture, society, politics, economics, and religion—leaves our strategies and plans untethered to reality. The result has been on display to the world for decades. The Afghan collapse provided a final exclamation point.

At present, we are engaged in global competition with China (and, to a much lesser extent, Russia). We are engaged in a regional contest with Iran. Global jihadist networks remain a potent threat. That said, we do ourselves a devastating disservice when we approach the rest of the world on the basis of its utility in these contests.

American policy in Ukraine is downstream of our rivalry with Russia. The same is true for our engagement in Iraq with respect to Iran, and across much of the Global South vis-à-vis China. We instrumentalize bilateral relationships with smaller powers in pursuit of advantage against our rivals, while neglecting the local details that define the strategic landscape. This instrumentalization is readily apparent to those on the receiving end, provoking cynicism and frustration from Kyiv to Baghdad and beyond. Ultimately, it is exploitative and self-defeating—just as it was during the Cold War, when this same mentality led us to disaster from Vietnam to Nicaragua.

The new great game will be won or lost based, above all else, on contextual understanding, partnerships, and alliances. It is not America’s responsibility to solve intractable problems in distant lands. However, we absolutely must understand said problems (as we have demonstrably failed to do over the past twenty years), so that we might manage our entanglements and the expenditure of finite resources.

Across much of the globe, this task falls to the US military. The Department of State is understaffed, and isolated from ground truth by crippling risk aversion. The intelligence community’s priorities lie elsewhere. From sub-Saharan Africa to the South China Sea, the military is often our principal point of contact with contested terrain.

If we accept that the playing field is paramount, and acknowledge that our military offers unmatched global coverage, then we must realize the need for a quite different set of capabilities than those emphasized within the current zeitgeist. The United States needs granular, actionable knowledge not only of what is happening on key terrain, but why. The military is positioned to provide these insights, but neither trained nor equipped to deliver. The Human Terrain System was decommissioned, unable to withstand a cost-benefit analysis. Capabilities like civil affairs remain marginal, unfocused, and under-resourced. The Asymmetric Warfare Group and University of Foreign Military and Cultural Studies are being shut down.

There is no technological, data-driven solution: understanding at the push of a button is fantasy. People are required to make sense of the human condition. We speak of soldiers as sensors, but our frontline personnel are calibrated only to gather data, not to make sense of what they see before them. Contextual insight remains a sideshow—as evidenced by the fact that there is still no viable framework to explain contextual dynamics on the ground, nor a practicable process to develop that understanding.

Resolving this dilemma should be a top priority from the Pentagon to the White House to Capitol Hill. Globally scalable results could be achieved for far less than the nearly $10 million annual sustainment cost of a single F-35—via realignments of our intelligence architecture (to integrate contextual understanding of the playing field into our opponent-centric lens) and the adoption of fit-for-purpose investigative methodologies (to replace fundamentally unsuitable frameworks currently in place like the ASCOPE/PMESII crosswalk).

Two questions remain, however: Will the US military recognize the importance of expeditionary scouts in the new great game, with a mandate to understand the nuances of the playing field? And, if so, will it divert expenditure away from unreasonably expensive technology and weapons platforms (which are all too often obsolete before they are actually fielded) and invest in relevant and timely capabilities?

Colonel Arnel P. David is a US Army strategist assigned to the NATO Allied Rapid Reaction Corps. First Sergeant Sean A. Acosta is a civil affairs noncommissioned officer, and was the US Army’s 2018 NCO of the year. Dr. Nicholas Krohley is the principal of FrontLine Advisory.