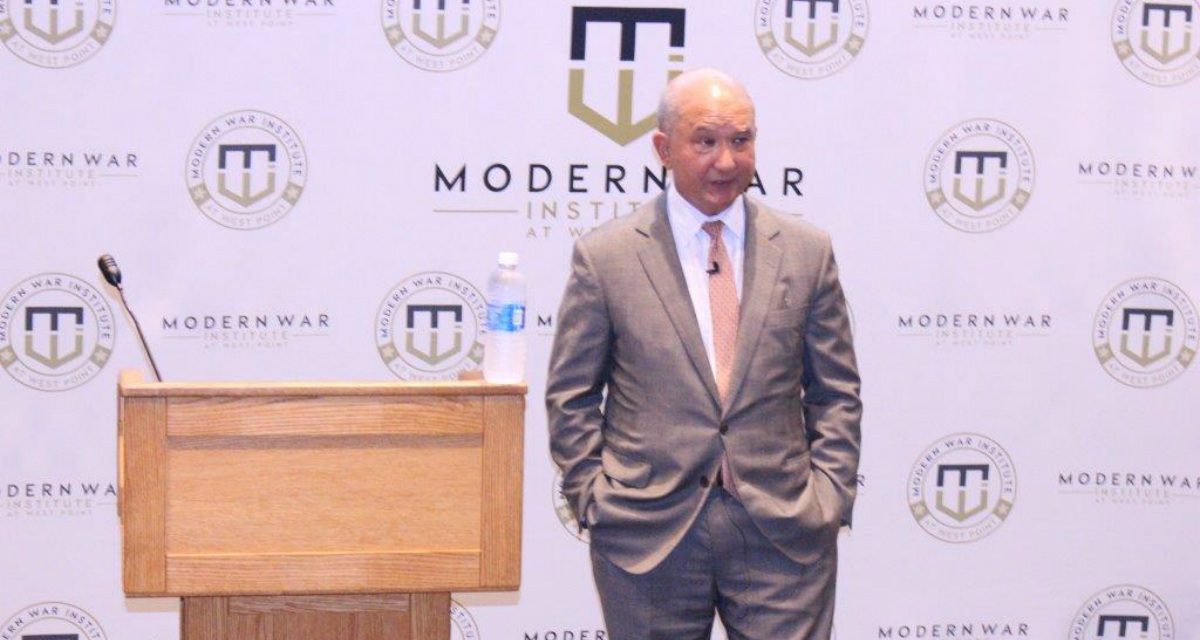 On September 18, 2017, Professor Stephen Rosen talked to cadets about challenges related to military innovation and power projection in future wars. Dr. Rosen, who is the Beton Michael Kaneb Professor of National Security and Military Affairs at Harvard University, cautioned that it is a bad idea to predict who the United States will be fighting, and better to determine how we will fight in future. US power projection in the past has been costly, given that projecting intercontinental power requires moving lots of equipment and forces over long distances and across oceans. “We fight away games,” he noted. “The diffusion of information-based technologies will make this power projection even more prohibitively expensive.” Moreover, this diffusion of technology confers advantages to local defenses because forces projecting power will be easier to target and detect in the future.

“We must make choices,” he added. “Information warfare can disrupt attackers at unlimited distances.”

The talk, cosponsored by the Department of Social Sciences’ International Affairs Forum, was attended by over thirty cadets. Dr. Rosen is the author of the widely cited book on military innovation, Winning the Next War: Innovation and the Modern Military.

The choices Dr. Rosen outlined for future US power projection are threefold: First, get out of the intercontinental power projection business and focus instead on defending the homeland or Western hemisphere. Second, help our allies help themselves. Or third, do power projection differently and smarter by making it hard to target and detect. This can include some morally and legally dubious tactics, including making military systems look like civilian systems, a kind of ambiguity akin to Russia’s deployment of “Little Green Men” in Crimea. Among his chief concerns are the danger of cyberattacks, which can bring down the systems the United States relies on to project its power.

Dr. Rosen was skeptical of future military innovation in the United States, barring a major war or a 9/11-style shock, as a way to forge greater public-private collaboration for defense-related innovation. He also said anti-trust laws would need to be revised to encourage this kind of partnership.

A cadet asked Dr. Rosen a question about autonomous systems, which he said are not a revolution in power projection because they still have to be transported into theater to get within range of use.

Dr. Rosen previously served as the civilian assistant to the director, Net Assessment in the Office of the Secretary of Defense, the Director of Political-Military Affairs on the staff of the National Security Council, and a professor in the Strategy Department at the Naval War College.