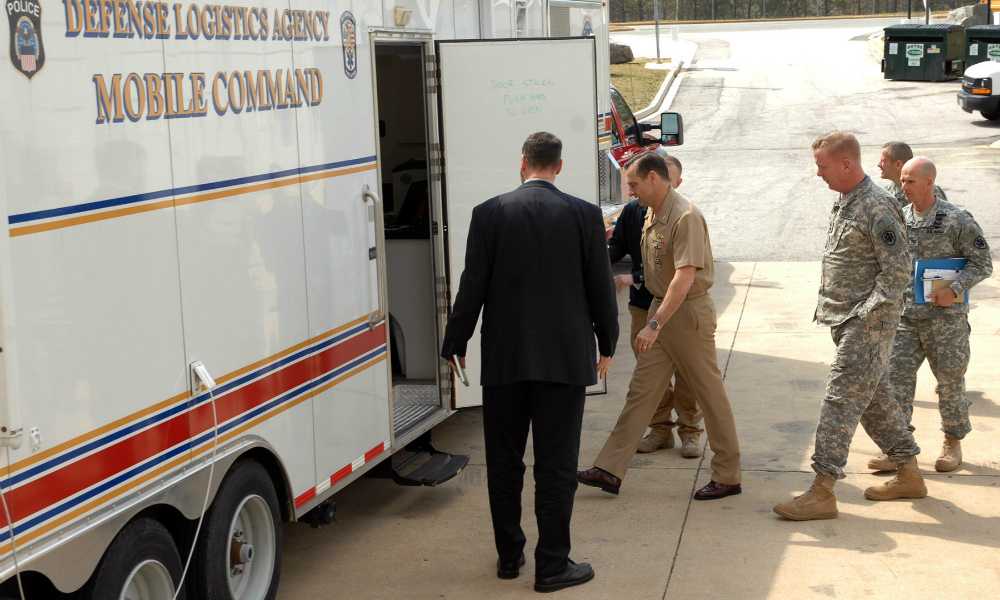 “HELP NEED MEDS.” That was just one of the messages spray-painted on the sheets that flapped from destroyed buildings. Others included “Need Food,” “Elderly in Need of Help,” and “Federal Emergency MISmanagement Agency.” But these bedsheet banners weren’t real. Nor was the rubble that they adorned. They were all part of the U.S. government’s “Vibrant Response” homeland nuclear attack exercise. The wargame I observed was meant to simulate the nightmare scenario of a terrorist group detonating a nuke in the heart of a major US city.

Everyone was there. The Army, the National Guard, FEMA, you name it. And all of them worked to make this drill as real as possible.  Each piece of rubble was meticulously laid, right down to the baby doll’s arm sticking out from between two pieces of concrete. Each actor was meticulously made up, right down to the half-face burns of an atomic flash. There was no shortage of simulated horrors that day, but what still keeps me up at night was the very real danger I learned about from a member of the Defense Logistics Agency.

Ever heard of those people? I hadn’t. Part of their job is to make sure that emergency supplies are available during a disaster. What I learned from this overworked, sleep-deprived, mover of materiel, is how vulnerable we’ve recently become.

During the Cold War, we used to have stockpiles of emergency supplies warehoused all over the country in preparation for “The Day After.” While that day never came, our insurance against it was put to good use. We drew on those stockpiles during countless natural disasters, saving countless American lives in the process. That’s why we pay for insurance. That’s why we should never have cancelled it.

During the slimmed-down, privatized, efficient 1990s, someone in government crunched the numbers and realized it was a lot cheaper to buy the supplies we needed from big box stores on the day we needed them. Makes sense, right? Why pay for all those expensive warehouses when Wal-Mart or Home Depot already has the supplies on hand?

But here’s the problem. They don’t. Those big box stores also know how expensive warehousing is, which is why they have dynamic logistics systems that minimize the amount of stock on hand at any given time. But what would happen in the event of a crisis, when government demand for emergency supplies and the crisis-driven increase from civilian consumers could combine to overwhelm these logistics systems?

Sound like an unlikely scenario? I’d hoped it was, until Superstorm Sandy. My wife and I were watching the Northeast sink (we live in Los Angeles), when she turned to me and said, “We’ve always talked about getting a generator. Now we need to do it.”  Half an hour later I was at my local Home Depot staring at an aisle of empty shelves. When I asked where all the generators were, the employee answered with one word: “FEMA.” What if there had been an earthquake that day, or a terrorist attack or anything that required supplies that simply weren’t there?

No one likes bloated bureaucracy. No one wants government waste. But how vulnerable have we made ourselves by relying on the private sector for military support?  What will that dependency mean for a natural disaster, a terrorist attack, or even a large-scale war?

The oil shocks of the 1970s showed us the dangers of monetizing security. It forced us to draw a line in the sand between profit and people. That’s why we keep a very large, very expensive Strategic Petroleum Reserve. But what about our late Strategic Logistics Reserve? Stockpiling oil is a solid insurance policy, even though we’ve rarely needed to tap it. So why aren’t we stockpiling emergency supplies when we need them every year?

How many evacuees from the recent Louisiana floods didn’t get blankets or bottled water or generators because of snags in the private supply chain? How many future Americans will suffer, and perhaps even die, because Home Depot hasn’t yet gotten their deliveries?

Capitalism is the bedrock of our society. It’s the system that sustains our livelihoods. But at some point, there has to be a line between our livelihoods and our lives. When it comes to balancing economics with security, we can either pay now, or pay dearly later.