How Much Difference Can One Person Make? 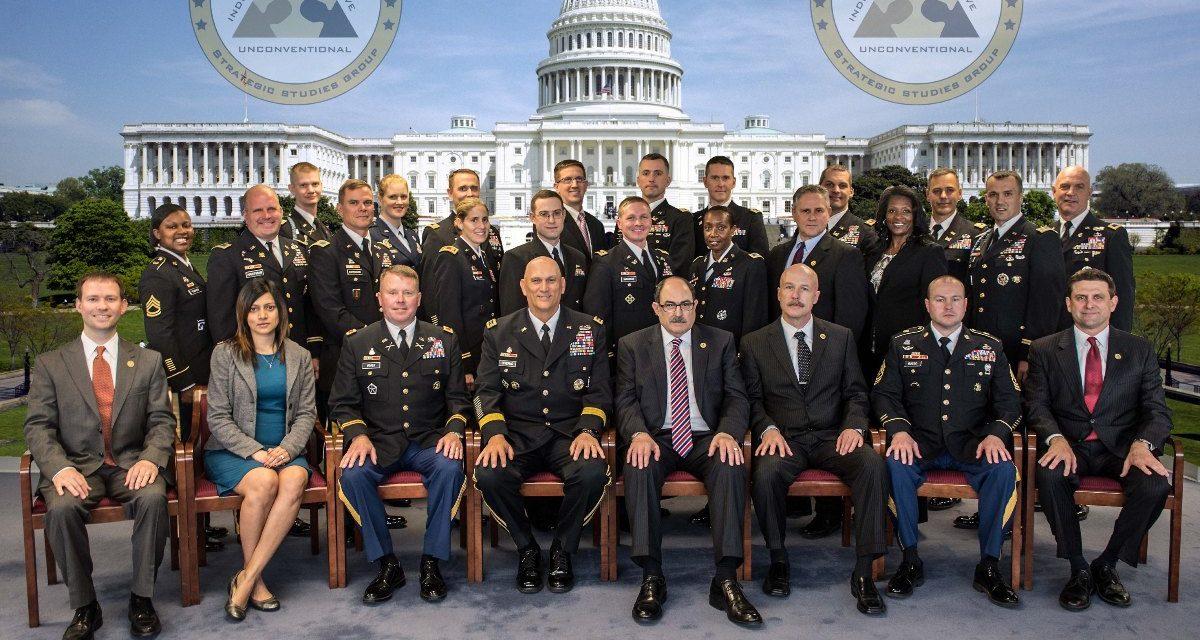 More than 1.3 million active duty service members. A million more in the reserve components. Eight hundred thousand civilians working for the Department of Defense. Well over a million Americans with top secret security clearances. The US national security enterprise is massive. Add in the research organizations, think tanks, and academic departments at universities around the country, and the number of people professionally invested in advancing US national security and strategic objectives is practically uncountable. So how much of an impact can one individual have?

For a very rare few, the answer is a lot. Last weekend, the defense and national security community lost one of those few when Dave Johnson passed away. Many of those reading this will have known him personally. Many more—perhaps even most—will be familiar with his work. The very fortunate among us, quite a few given Dave’s leadership and strong commitment to helping others, will have had the privilege of benefiting from his personal mentorship.

Dave served for twenty-four years as an Army officer, retiring as a colonel in 1997. During that time, he earned his PhD from Duke University, and his last position as a professor at the National Defense University would foreshadow a post-retirement career as a highly esteemed scholar. He worked for both the RAND Corporation and the Center for Strategic and Budgetary Assessments. He wrote for leading publications. He was invited to appear on C-SPAN’s Washington Journal and other outlets specifically aimed at policy insiders, specialists, and experts because his own expertise was held in such high regard. He was selected to serve as the founding director of the chief of staff of the Army’s Strategic Studies Group. As an organization, we’re especially proud of his affiliation with MWI as an adjunct scholar since our founding year.

Perhaps the most significant contributor to his impact, though, was his knack for being in the right place at the right time intellectually. When discourse in the defense enterprise began to fixate on a new challenge or a shift in the strategic environment, it seemed almost inevitable that Dave had already been talking about, researching, and writing about the subject, sometimes years ahead of the rest of us. His list of publications—scholarly articles, op-eds, books, chapters, monographs—reads like a scan of the United States’ strategic challenges. A look at the dates when they were published shows his foresight and well-honed intuition.

In 2010, for example, when RAND published Dave’s paper, “Military Capabilities for Hybrid War: Insights from the Israel Defense Forces in Lebanon and Gaza,” he joined a small group of soothsayers that recognized the significance of the concept of hybrid warfare, a term introduced and described by Frank Hoffman in 2005. When Dave wrote his paper, the US defense establishment’s collective focus was still very much oriented on the stability and counterinsurgency operations of America’s post-9/11 wars—combating terrorism, conducting irregular warfare, seeking a reasonable exit from Iraq, and generally struggling to make progress toward objectives in Afghanistan.

As a result, little attention was being paid to large-scale conflicts with state adversaries—and less still to the unique challenges posed by opponents that combined conventional and unconventional approaches, regular and irregular forms of warfare. As a series of signals emerged that US foes would increasingly leverage hybrid approaches—the so-called little green men in eastern Ukraine, Russian efforts to meddle in other states’ elections, Chinese island building in disputed areas of the South China Sea—and policymakers, practitioners, and analysts shifted their attention to such actions and how to counter them, they were fortunate. Dave and the cohort of others who foresaw the emergence of hybrid warfare and its significance had been doing the hard work of establishing the knowledge base from which to advance our understanding of the challenges and opportunities associated with it.

The story is similar with other important subjects. When we launched the Urban Warfare Project at MWI in 2017, it was in response to an appetite we detected among defense and military professionals for work that explored the unique characteristics of cities as battlefields. Since then, discussions on the topic have advanced our collective understanding, and the Army has given it increased and more focused attention. Here, too, we were following a path that Dave had begun to trace years before. The 2008 Battle of Sadr City: Reimagining Urban Combat, which he coauthored with M. Wade Markel and Brian Shannon, was published in 2013. It is a remarkably nuanced study of one of the most significant and complex urban battles in recent US military history. Its analysis and the lessons it identified form part of the foundation on which the subsequent study of urban warfare—in which the Urban Warfare Project is proud to participate—has been built. Dave continued his work in this area when he was named by General Ray Odierno as the first director of the chief of staff of the Army’s Strategic Studies Group, where he established and oversaw the work of a dedicated megacities concept team.

Perhaps Dave’s most widely known work is Fast Tanks and Heavy Bombers: Innovation in the U.S. Army, 1917–1945. An examination of the US Army’s interwar innovation, particularly in the development of armor and aircraft, it epitomizes Dave’s unique talent for identifying those lessons from particular historical cases that have enduring utility even as the character of warfare changes. The importance of learning from history is axiomatic, and yet doing so in a focused, accurate, and impactful way is challenging. It’s something we all aspire to do, but few achieve this aspiration as well as Dave did.

Fast Tanks and Heavy Bombers is first and foremost about military innovation, and the lessons it yields on that subject are enough to make it worth reading. But its relevance extends well beyond innovation and has arguably only grown since it was first published nearly twenty-five years ago. “The U.S. Army was ill-prepared for World War II,” the book’s dust jacket says. Dave’s search for the factors underpinning this reality—of an armed service unready for the challenges that would appear rapidly—is extraordinarily valuable today, as we continue to seek to uncover the details of a shifting strategic environment and develop the forces, equipment, and doctrine optimized for it. His appreciation of the lessons of history, particularly surrounding conventional conflict, give a richness to discussions about large-scale combat operations at a time when those discussions are begging for such richness.

Dave wrote about an almost shockingly large number of subjects—not just hybrid warfare, urban warfare, innovation, and history, but also military strategy, landpower, civil-military relations, NATO, doctrine, leader development, irregular warfare, and more. But he was no dilettante, dabbling in the flavor of the month. He wrote well on all of these subjects. He researched extensively. He thought deeply. He discovered and highlighted linkages between these topics, a coherent thread that weaved together much of his work. He understood context.

So how much impact can one individual have? How much influence can the ideas of one among the literal millions of stakeholders in the US defense and national security enterprise have? If that person has the right work ethic, intellectual curiosity, dedication, and sense of purpose—if that person is Dave Johnson—a lot.

John Spencer is the chair of urban warfare studies at the Modern War Institute.

John Amble is the editorial director at the Modern War Institute.