Intelligence and Intangibles: How to Assess a State’s Will to Fight 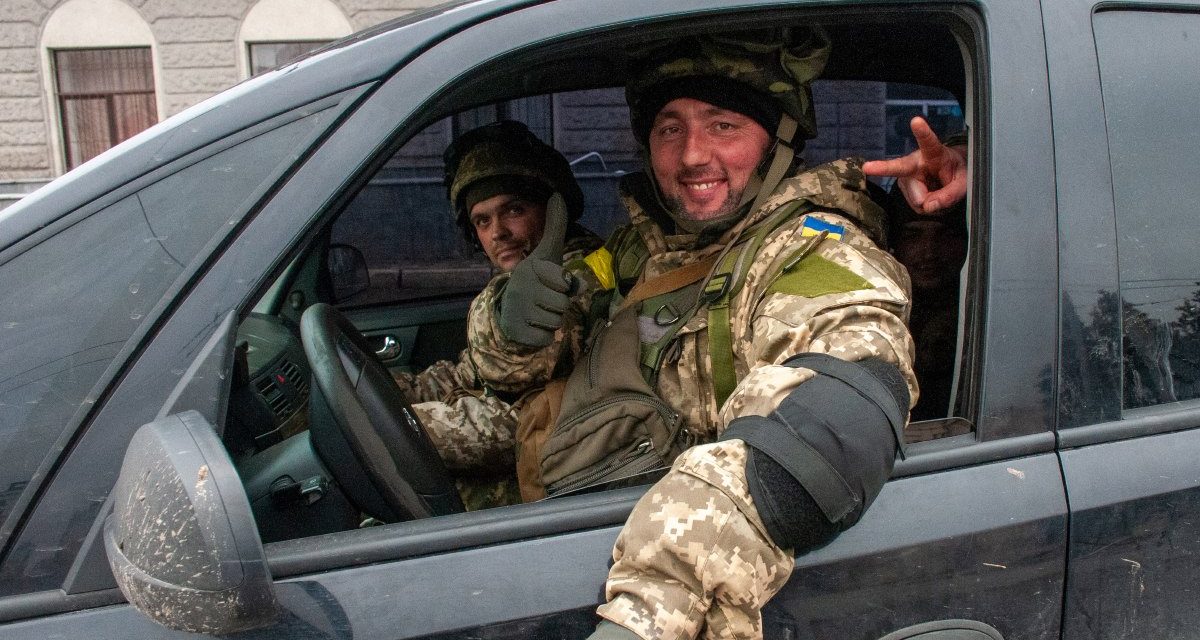 During a recent hearing of the Senate Armed Services Committee, Senator Angus King had a brief, but frank, exchange with Director of National Intelligence Avril Haines over the intelligence community’s difficulty in assessing a military’s will to fight compared to more material aspects of warfare. As King, himself, put it, “I realize will to fight is a lot harder to assess than number of tanks or volume of ammunition.” King then suggested that the intelligence community’s struggle to assess will to fight in Ukraine was responsible for the inaccurate assessment that Kyiv would fall in three days, followed by all of Ukraine in two weeks.

King indicated that he hoped the intelligence community was “doing some soul-searching,” and asked what was being done to improve assessments on will to fight. In response, DNI Haines informed Senator King that a process was already underway at the National Intelligence Council to address assessments of will, adding that it was a topic “quite challenging to provide effective analysis on and we’re looking at different methodologies for doing so.”

The particularly frustrating aspect of this exchange is that the arc of the academic literature on battlefield effectiveness over the past two decades has emphatically challenged material explanations for victory or defeat in modern conflict. Instead, scholars have focused on so-called human aspects of war, demonstrating an inextricable link between an army’s will to fight and its ability to fight.

In reality, will to fight is likely determined by a multitude of interacting variables including the extent to which the state has tied ideational motivators (e.g., nationalism, religion) to service in the military. However, a better, more precise, and more systematic framework for assessing will to fight is achievable. Specifically, military analysts will be best served in this regard by crafting intelligence collection requirements that track with theories popularized in the battlefield effectiveness literature, such as the frequency and rigor of training, how troops are employed on the battlefield, the state’s relationship with the recruiting base, and the extent to which the state regards its armed forces as a potential threat.

In the intelligence cycle, collection requirements are the method through which analysts communicate their analytic priorities to collectors of raw intelligence (through human collection, signals intercepts, imagery collection, etc.). A collection strategy borrowing from theories of battlefield effectiveness will better posture the community for explaining why some militaries with significant material advantages will fail to press those advantages, while other militaries that might be severely outmatched on paper will fight with great determination and effectiveness.

Senator King’s assessment on the relative ease of tracking tanks and ammunition is consistent with traditional material-centric collection strategies that have historically focused on equipment and numbers and are oriented on particular questions: Does state x have the manpower and firepower to invade and secure a swift victory over state y? Or, conversely, does state y have the manpower and firepower to deter state x from launching an invasion? A military’s will to fight, on the other hand, is troubling to assess prior to conflict because it cannot be directly or easily observed, nor can we trust with complete confidence that high levels of morale in garrison or during training exercises will translate into will to fight once a conflict has begun.

While we may not be able to directly observe will to fight, battlefield effectiveness scholarship often explicitly draws a connection between an army’s willingness to fight and its ability to do so. Hence, analysts should take into consideration how a concept as intangible as morale has a strong interaction effect with more observable aspects about how the state readies its armed forces for war.

Steven Biddle’s “modern system” of force employment, for example, explains that an attacking force that employs combined-arms, small-unit, independent maneuver, while making effective use of cover and concealment, is optimized to achieve a breakthrough of the defender’s lines that can be decisively exploited by follow-on forces. Further, when a modern system–capable attacker engages with a defender that is not modern system–capable, the attacker’s victory is very nearly predetermined.

Biddle is explicit, however, about the difficulty states will have in employing the modern system. He writes, “Among the most serious drawbacks of the modern system is its tremendous complexity, and the high levels of skill it therefore demands in soldiers and officers.” Hence, a collection strategy designed to understand a force’s ability to employ the modern system should focus on if the state is developing the requisite skills to do so. Does the force’s doctrine encourage initiative in junior officers? Do training exercises allow opportunity to demonstrate such initiative in a realistic setting against a determined opposition force? Does the force have an effective noncommissioned officer corps—considered by many a cornerstone of the most effective militaries—or are the burdens of training the force also pushed to officers?

While Biddle provides us with the foundation for what a state must do to fight effectively, other scholars emphasize the state’s role in enabling or inhibiting preparation for interstate conflict. Hence, the state’s perception of the security environment will often provide observable indicators of its willingness—or lack thereof—to invest time, effort, and money into training a competent force. The more a state fears domestic actors—including the army—over conflict with external threats, the more likely it is to undertake coup-proofing practices.

In The Dictator’s Army: Battlefield Effectiveness in Authoritarian Regimes, Caitlin Talmadge suggests several variables shape how a coup-proofing state will organize its forces. One such variable, promotion patterns, is particularly valuable because such information is often observable in peacetime. Talmadge argues that promotion patterns in coup-proofing states are largely based on the officer’s loyalty to the regime, and that “demonstration of competence actually harms an officer’s career,” because of concerns that battlefield success could evolve into a threat to the state as the officer gains the loyalty of subordinate officers and units. Talmadge even offers a list of questions to guide her analysis that could, frankly, be grafted on to an existing collection requirement. For example, she asks, “What are the primary criteria for promotion in the senior officer corps, junior officer corps, NCO corps, and among enlisted personnel?”

Another mechanism through which regimes assure their hold on domestic power is through repression of ethnic minority populations. In Divided Armies: Inequality and Battlefield Performance in Modern War, Jason Lyall identifies how repressive states undermine their own ability to generate battlefield effectiveness. Lyall defines military inequality as “a belligerent’s prewar treatment of its constituent ethnic groups and the ethnic composition of its armed forces, which combine to create predictable patterns in how armies produce violence once they enter combat.” Specifically, Lyall’s evidence suggests a strong relationship between a state’s repression of ethnic groups during peacetime and large numbers of desertions and even defections once conflict has begun. In the most extreme scenario, the state will have to form “blocking detachments”—units responsible for coercing soldiers to continue fighting—like the notorious Soviet NKVD during World War II.

Like Biddle’s and Talmadge’s work, Lyall’s theory is based largely on evidence that the analyst can observe prior to conflict. Collection requirements designed around military inequality could range from very broad questions about how various ethnic groups are treated by the state to much more specific questions about how soldiers outside the “core” ethnic group are treated by their commanding officers. For the latter, we specifically want to know if non-core ethnic groups are permitted to serve in combat arms units. If not, that is a potential indicator that they are not trusted to employ weapons that might ultimately be turned against the state. If denied service in combat arms units, do they play an outsized role in other functions like maintenance or logistics, which might undermine the state’s ability to project power beyond its borders? Ultimately, what we most want to understand is how treatment of ethnic minorities will enable or inhibit combat effectiveness. If we should assess that an actor’s poor treatment of ethnic minorities will lead to mass desertions in combat than we are much closer to determining that a state lacks the will to fight than we would have been without interrogating the relationship between the state and its recruitment base.

As mentioned earlier, there are undoubtedly a range of factors that contribute to the will to fight, including nationalist sentiment that can become especially significant for defending forces motivated to protect their homeland or way of life. Accounting for as many of those factors as possible will produce the most complete picture. To be sure, this brief scan of battlefield effectiveness scholarship points to only a few. However, these theories and others from academia provide the ideal starting point for developing a collection strategy to assess will to fight. All else held equal, a force that recognizes it has been trained to a high standard is likely to fight with greater determination and staying power than forces organized in states that cannot or will not provide their soldiers with the necessary training to prevail on the modern battlefield.

Senator King’s criticism of the intelligence community’s shortcomings in assessing will to fight were well justified. Failure to assess it accurately in a conflict involving a partner is troubling in its own right. However, such misjudgment of an adversary could prove catastrophic in a conflict in which US forces are directly committed. The National Intelligence Council initiative to review methodologies for assessing will to fight that DNI Haines alluded to would be well served by considering the inclusion of battlefield effectiveness scholarship in the future training and development needs of military analysts. In turn, analysts should consider how such general theories of conflict can be coupled with their more nuanced understanding of forces in their portfolios to drive collection that yields more reliable assessments of a force’s ability and willingness to fight.

Josh Cheatham is a military analyst with the Department of the Army and a PhD candidate in the Department of Politics at the University of Virginia. His research looks at the reasons for and consequences of states’ decisions to field conscript soldiers.