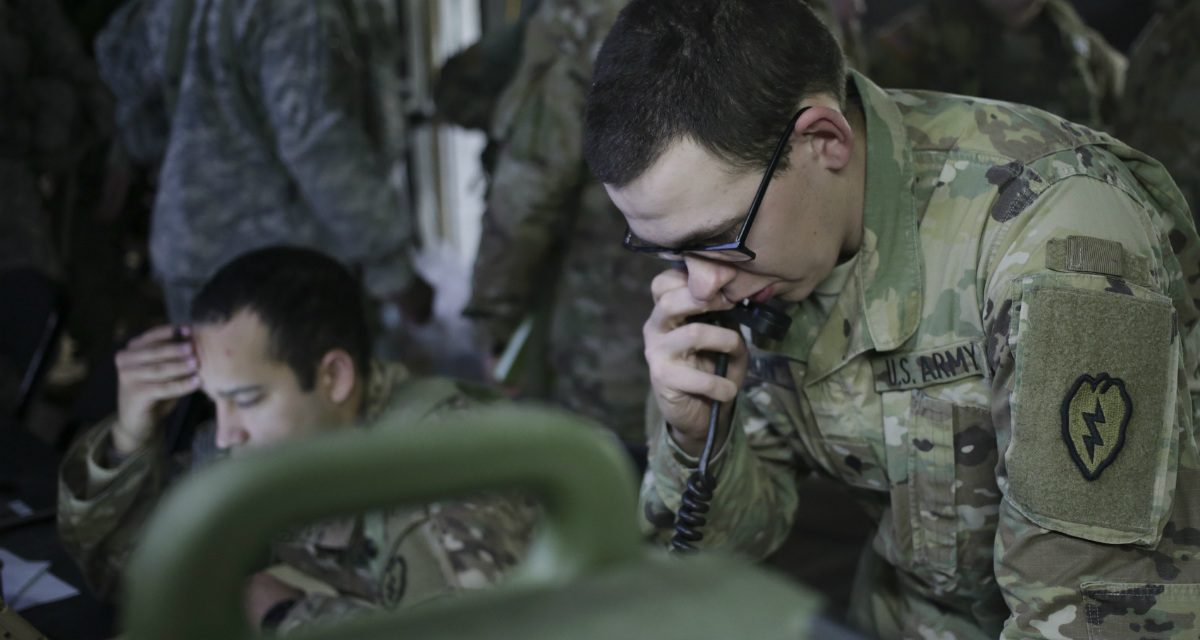 In 2016, US Army Chief of Staff Gen. Mark Milley called for greater reliance on smaller and leaner forward headquarters. Long a staple of the “long wars” in Afghanistan and Iraq, bloated brigade- and division-level commands became the norm, lulling a generation of Army soldiers into assuming the luxury of seemingly permanent, large headquarters in war zones would be the rule rather than the exception. Not just a model for bureaucratic overreach, this organizational structure would create ripe targets in a conflict with a peer or near-peer adversary, whose massed fires could neutralize a US command hub within minutes.

Trimming these staffs would create more agile and far less vulnerable command-and-control elements. Within these large headquarters are often expansive intelligence support elements, sometimes staffed by up to one hundred military, government civilian, and contractor personnel. One method to cut down the size of this particular staff section would be to incorporate greater use of intelligence reachback capabilities. This concept began to gain traction during the height of counterinsurgency operations in Iraq and Afghanistan and operated on a simple premise: utilize intelligence staffs stateside (or outside the main area of operations) to maximize analytical potential. During my three deployments to Afghanistan, I worked with several units paired with reachback cells, all of which failed to deliver on the promise of expanded intelligence capabilities. Given that the future battlefield will necessitate leaner headquarters, and that greater reliance on reachback capabilities is an opportunity to help trim a key part of headquarters’ staffs, what factors led to their failure to perform in Iraq and Afghanistan and to their subsequent marginalization and disuse?

One factor is simply that of time. It sounds like a mundane issue, but splitting the time difference between the theater of operation and location of the reachback cell is one of the biggest challenges to successful operations. A typical deployed Analysis and Control Element (ACE) or Joint Intelligence Support Element (JISE) is staffed to provide 24-hour operations. The Intelligence Readiness and Operations Capability (IROC) cells that were tasked with reachback support for the ACEs and JISEs I worked with were generally 12-hour affairs, with no staffing on weekends or holidays (mirroring normal base activity at US military installations). Even before factoring in time differences, the forward element and IROC are at an inherent disadvantage due to their shift structures.

The time difference between the deployed element and IROC created difficulty in synchronization efforts. Most ACE and JISE elements I worked with strived for a daily synchronization meeting with their IROC counterparts, but this usually was reduced to a weekly occurrence. Even in the case of daily exchanges, these meetings occurred at the transition from day to night shift for the forward element. As a result, they were treated like an afterthought to a busy day or something to get through before starting work than an actual exchange or critical component of the daily battle rhythm.

A second factor, similarly obvious but equally intransigent, is distance. In addition to chronological obstacles, distance creates multiple problems in getting reachback to work. Face-to-face discussions and deskside meetings are not feasible, increasing the potential for breakdowns in communication. Additionally, in my experience, the farther a reachback element was placed from the forward unit it supported, the less invested these elements seemed to be in producing necessary output. There was a palpable sense that those who worked in an IROC were physically and professionally removed from the fight, which manifested in IROC products.

Finally, manning and organizational structure degraded the effectiveness of reachback operations. Reachback elements were frequently populated with rear detachment soldiers, including new accessions straight out of initial entry training, and noncommissioned officers and warrant officers nearing the end of their service. While personnel in both the active and reserve components of the Army are constantly in flux, the prioritization of certain personnel for the deployed element inadvertently created an “A Team/ B Team” dynamic. Some units wisely placed personnel in the IROC who were scheduled to be deploying in the near future (the Texas Army National Guard committed its division headquarters to two back-to-back rotations in southern Afghanistan, offering those slotted for the second rotation an opportunity to “spin up” as IROC support to the first, and those on the first rotation falling into the IROC role upon their return). And yet, despite this effort, the IROC remained marginally integrated into the deployed element and fell victim to the other challenges listed above, making clear the importance of addressing all of these challenging factors together.

Even with the problems faced in Iraq and Afghanistan, the reachback concept should not be simply discarded (as many units opted to do during deployments to Afghanistan). Instead, the Army can take steps to ensure that operating with reachback capabilities is beneficial, not burdensome:

Clearly delineate roles and responsibilities for the IROC. The Army does not have standard guidelines and organizational hierarchies for IROCs. Having Training and Doctrine Command offer guidelines, while incorporating best practices and SOPs that exist at unit levels, would provide an existing framework for intelligence personnel to refer to and build upon, especially for units preparing to use the IROC concept for the first time. Furthermore, TRADOC-level guidance would allow for evaluation criteria of IROCs in training environments, further refining the future employment of IROCs.

Train to fight with IROCs. The Army must place greater emphasis on IROC utilization during initial military intelligence training (AIT, MIBOLC, and MICCC) and at evaluated training exercises such the combat training centers. Personnel and units that are familiar with operating in and with IROCs will be much better suited to implementing them effectively, having understood their strengths and limitations prior to use in real-world environments.

Avoid the mirrored staffing trap. Many IROCs attempted to carbon copy the forward-deployed structure. Instead of maximizing capabilities, it usually created redundant efforts. A reachback cell has a unique ability to fill gaps that the forward element has. On my first deployment to Afghanistan, we lost critical resources during the transition from ISAF to Resolute Support, including a robust threat finance cell. Such losses could be offset by IROCs.

Consider the “think tank” approach. Dividing product output and analytical responsibility on a near-term/long-term basis can help overcome time difference and distance issues between the forward element and IROC. Forward personnel are freed up to focus on tactical and dynamic intelligence problem sets, while the IROC can focus on broader, long-term projects such as strategic deep dives. In a conflict with a peer or near-peer adversary, the longer, deeper view may take second stage to more immediate situational understanding of the battlefield—but the IROC’s efforts in this regard will be proven vital as a conflict evolves.

Pair units for long-term IROC/deployed partnerships. The success of IROCs is predicated on trust with the deployed unit they support. To facilitate trust, the Army could pair units from the active and reserve components with one another, for example, to establish long-term relationships for reachback support. This can also be done in the context of both the Regionally Aligned Forces concept and the National Guard’s State Partnership Program: pairing units based on regional focus and their operational deployments.

Invest in user-friendly collaborative software. The private sector has long recognized the need to develop solutions for businesses that span multiple geographic areas and time zones. Productivity and collaboration programs such as Slack, Trello, and Google Drive have become mainstays for companies small and large. At a minimum, these programs can be used easily in the open-source environment and provide support to unclassified projects that IROCs may be called upon to develop. But through contracting with developers, versions of tools like these—complete with intuitive user interfaces and maximally effective functionality—could also be implemented on classified systems.

Last month, I served on a team of observer-controller-trainers evaluating an Army civil affairs unit supporting RIMPAC 2018. The team used tools like Slack and Trello to plan and execute support to the evaluated unit, manage evaluation criteria, and produce the major end products for the exercise (midpoint and final AARs, along with take-home products). Though the team of nine was spread across several states and two countries, its members were able to coordinate seamlessly prior to the exercise, and operate a small reachback cell while evaluating the unit (the “forward” element providing real-time evaluation). Such a success is testament to the effectiveness of using these platforms to connect and facilitate collaboration between geographically dispersed elements.

Near-peer adversaries such as China and Russia have already set the conditions to render the large, comfortable headquarters of Iraq and Afghanistan dangerously obsolete. The Army must recognize the major challenges facing reachback operations and take the appropriate steps to give the IROC construct the chance to succeed.

Adam Maisel is a military intelligence officer in the Army Reserve, a veteran of Operations Enduring Freedom and Freedom’s Sentinel, and a former civilian military intelligence adviser to US, NATO, and allied forces. He currently serves as a Research Analyst in Military Sciences at the Royal United Services Institute in London. Adam is also the co-founder of Dägr Group, a transatlantic initiative bridging the gap between national security practitioners and academia.