‘Ironman’ or Not, Exoskeletons May Soon Have Military Benefits 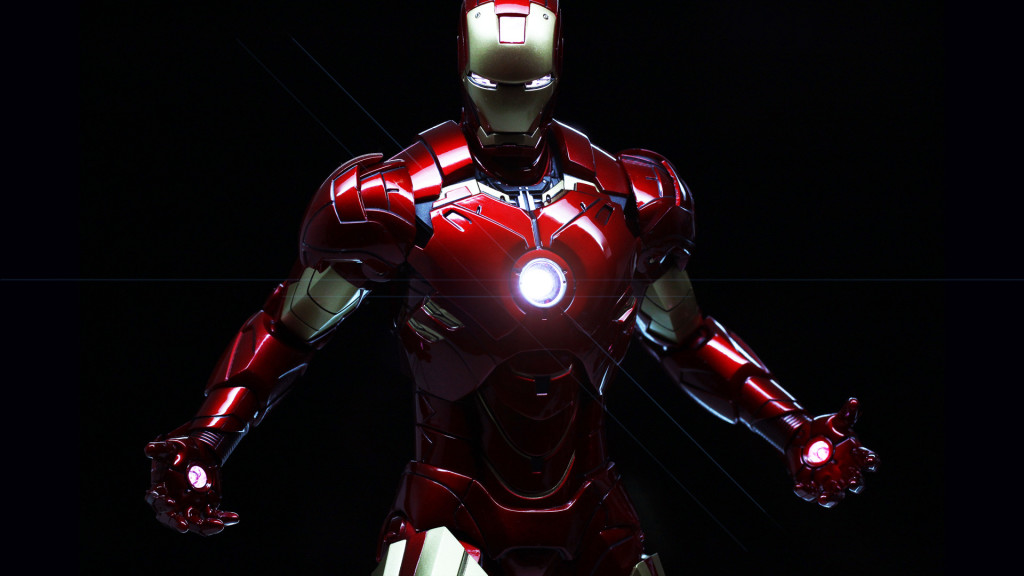 Growing up in the late 90s and early 2000s with the science fiction of powerhouse genres such as Star Wars and Halo, I was not unaccustomed to the idea of a robotic super-suit for soldiers. In science fiction, these suits were capable of protecting an individual from the deadliest of weapons, allow the wearer to be stronger and faster, and was filled with a plethora of fancy gadgets and gizmos that put to shame anything that James Bond’s Q could come up with. However, the concept of a robotic super-suit has always been purely science fiction—an idea that made a hero in a videogame fun to be or a villain in a book a worthy enemy—until now. It is likely that within the next 5 to 10 years that we will see exoskeletons used in real world applications as the gap between science fiction and reality grows shorter and shorter.

A month ago, Cadet Jess Weece wrote an article that informed and elaborated upon current progressions in exoskeleton suit technology. While that article sufficiently captured the dream and future operational goals of the exoskeleton project, the article did not talk about the many current applications of the exoskeleton or elaborate upon the many spin-off technologies that have come to fruition because of this project. The goal of putting a soldier into an “Ironman-like suit” is many years away from becoming a possibility, yet, current applications of the prototypes and technology that is necessary to create this suit can be applied in today’s environment. Specifically in realm of sustainment and logistics. 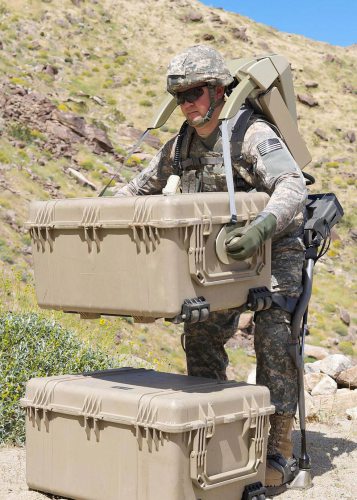 The primary issue with the modern day exoskeleton is power. Currently, we do not possess the necessary technology in order to power an exoskeleton suit for any long length of time. This severely limits the combat applications of a suit for a frontline soldier in a combat environment. Instead of bulky batteries, current successful prototypes of exoskeletons, such as Raytheon’s XOS 2 Exoskeleton, are powered through a tether system. While a tethered exoskeleton does not satisfy functional requirements of a fully independent combat suit, a tethered suit can successfully be used in a logistical capacity. Imagine, exoskeleton equipped soldiers working within a maintenance or distribution base lifting engine parts or ammunition crates within a warehouse; or sailors aboard an aircraft carrier being able to independently install munitions onto jets or remove bulky sections with ease. The use of exoskeletons within the logistical framework of both the military and commercial organizations could improve both labor efficiency and worker safety.

The exoskeleton could possibly have even further applications outside of the depot and logistics hub environment. Tactical logistic units could benefit from the use of exoskeletons during convoy, forward support, and vehicle recovery operations. As of right now, Standard Operating Procedures for these units often involve being tied to vehicle assets in one form or another as their vehicles are pivotal in the successful completion of their operations. With the addition of a tethered exoskeleton suit into these formations, soldiers will be able to better perform their jobs.

While the eventual end-state for the exoskeleton is to have a fully functioning powersuit with integrated electronics and ballistic protection, capable of sustaining light infantry and Special Forces in tactical environments—the truth of the matter is that we just aren’t there yet. It will take more testing, money, and time before those goals are realized. In the meantime, the technologies and prototypes we have developed so far can be applied with great success. We can use the technology being developed today to help pave the road for the technology of tomorrow and beyond. 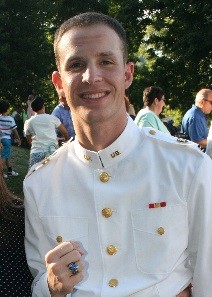 Cadet Ethan Millsap is a senior at the United States Military Academy at West Point. He is a Defense Strategic Studies Major. He will be graduating in May and be commissioned as an officer in the Ordnance Corps. The views expressed in this article are those of the author and do not reflect the official policy or position of the Department of the Army, Department of Defense, or the U.S. Government.