Israel is Being Criticized over Civilian Casualties, But Would US Forces Perform Any Better? 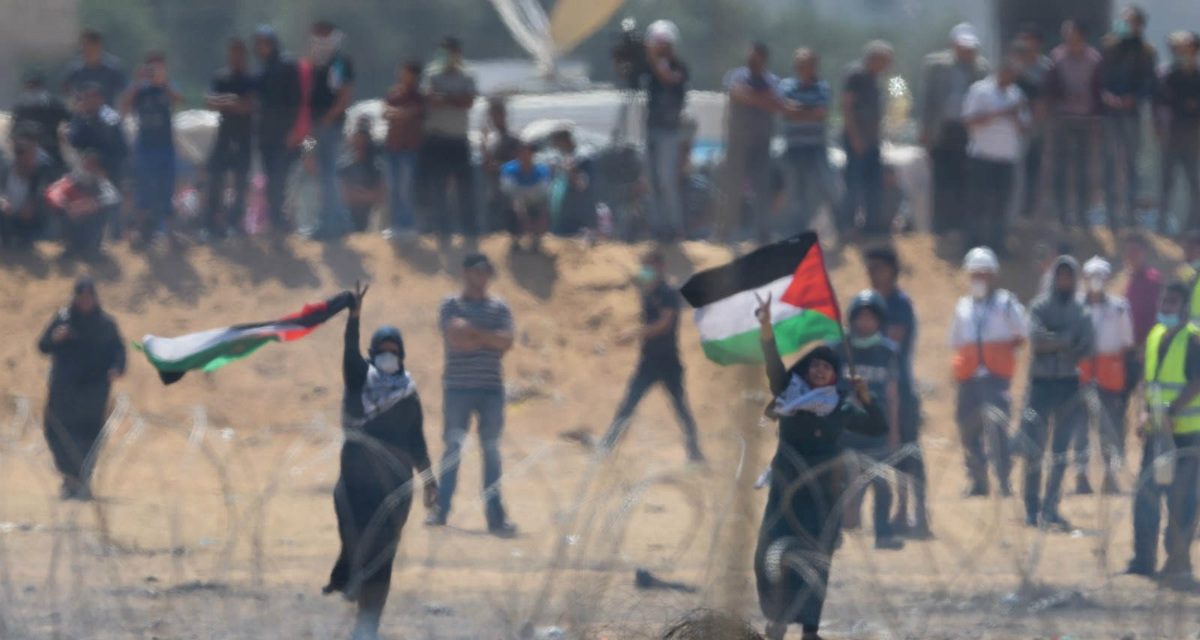 Last week, the United Nations passed a resolution condemning Israel for its “excessive” response to a weeks-long wave of Palestinian demonstrations. The confrontation reached its peak on May 14, one of the deadliest days in years during the ongoing Israeli-Palestinian conflict. Violence between Israeli soldiers and Palestinian demonstrators resulted in 2,700 reported protestor injuries, including 1,300 by gunfire, and 60 deaths—all with the world watching. While the details still remain hotly contested, the events and resulting publicity—and the official UN condemnation—represent what arguably amount to a clear Israeli loss in the larger Israeli-Palestinian struggle. This event represents an opportunity to ask an important question: would US ground forces have done any better if faced with a similar situation?

The answer is no. Despite calls for review from action reports across the conflict spectrum, US ground forces continue to be underprepared for sustained civilian contact as operational requirements arise. Fortunately, there is an opportunity to dramatically improve: the doctrine, training, and capabilities are present and can be leveraged if they’re adequately embraced by the ground force community. Without action, though, US ground forces risk similar failures to fulfill operational requirements and also protect civilians.

The Israel Defense Forces’ recent actions in Gaza represent the latest case study in military ground force unpreparedness for sustained civilian contact. This is no new challenge for the IDF—Israel began a Gaza blockade with fixed site security positions in 2007 after Hamas won elections and took control in the territory. This action severely restricts Palestinian movement through military checkpoints, and is a significant military and police requirement. With little political appetite to facilitate Palestinian socioeconomic reform, Israel appears locked into this policy for the foreseeable future to control the larger Palestinian-Israeli conflict. Since the end of March, Palestinians have protested at five different locations along the Gaza border to bring attention to their opposition to the blockade. Violence broke out most recently on June 8, when four Palestinians were killed and one hundred wounded by lethal fire. In total, since the nearly weekly protests began, Israeli lethal fires resulted in 120 Palestinian dead and 3,800 wounded.

After the United States vetoed a UN Security Council resolution for external review, the Israeli military is the only body currently conducting a review into the civilian deaths. Yet given the domestic political implications, this review will likely result in assurances that Israeli troops were without fault, confirming that all actions were within the published rules of engagement to protect Israeli forces and equipment.

Regardless, the fact is the IDF were unable to control the population short of sustained lethal force, which necessarily threatens their government’s policy goals. This is likely a procedure and equipment problem, which left Israeli ground troops ill prepared to control the population in a politically acceptable manner. Primary accounts show that while the vast majority of the Hamas-organized demonstrators were peaceful, others burnt tires, slung rocks, and threw improvised explosives. This limited but inciting lethal crowd capability, within the larger peaceful protest, were clearly intended to provoke Israeli reprisals to gain international attention. Israeli forces attempted to employ riot control agents, lethal-warning shots, and lethal-disabling shots prior to lethal-mortal shots to enforce an established 300 meter buffer zone. And Israeli tactics did in fact accomplish the mission of securing the Gaza border without friendly causalities. However, tactical “victories” come at an overwhelming cost, like the May 14 clashes that resulted in 1,300 wounded from lethal munitions, including eleven international journalists. Now after roughly 120 deaths, hundreds of hours of international news coverage, and formal UN criticism, the Israeli forces absolutely served Hamas their intended effect, calling into question Israeli domestic policy and military procedures.

Preparedness for Civilian Contact: A Current and Future Problem

The recent Gaza violence is an excellent reminder for US ground forces to look critically at our own capacities. Ground force leaders are owed equipment and procedures that allow for flexible options while in contact with a civilian population. In turn, ground force leaders need to generate and execute feasible yet acceptable courses of action to satisfy strategic and policy goals. In an era of extreme interconnectedness, disproportionate collateral damage is increasingly not acceptable. Yet this inability to control host-nation populations during sustained civilian contact is a repeated US ground force lesson learned during the last fifty years of initial entry, stability, and peace support operations. During the battle of Hue, ground forces were consistently unable to safely disperse and discriminate civilians, resulting in thousands of casualties from accidental crossfire and shelling, thereby contributing to Hanoi’s success. In Panama, troops altered their urban tactics on the fly to account for unexpected massive civilian presence in urban terrain. In Haiti, the inability to control crowds forced units to either negotiate with them using scarce resources or simply treat them as obstacles to bypass. This pattern has continued into the US-led wars in Iraq and Afghanistan, where US ground forces’ actions have led to a large number of both friendly and civilian casualties during escalation-of-force situations. Given this history, it is unlikely that US ground forces would have performed any differently on the Gaza border than our Israeli counterparts.

Civilian ubiquity on the battlefield will remain a feature of current and future operating environments, particularly in urban terrain. Future interventions will continue to impact populations and will inevitably place civilians in sustained direct contact with ground forces. When tactical units train, prepare mission orders, and outload around high-explosive and armor-piercing capabilities alone we cannot expect them to readily adapt when in sustained civilian contact with just a handful of concertina wire strands and twelve-gauge crowd-dispersal rounds provided prior to mission.

Finally, existing DoD equipment solutions provide a myriad of acoustic, ocular, and physical nonlethal deterrents with ranges extending from zero to three thousand meters. This repertoire in particular focuses on twelve-gauge and forty-millimeter munitions that are optimized for use at ranges from ten to forty meters, distances at which ground forces need to create space in close combat using organic weapon systems. Infantry squads can greatly increase their capacity with integration of forty-millimeter nonlethal rounds and lasers like the Glare LA-9/P—which can cause temporary blindness without permanent damage—to their standard configuration without substantially increasing soldier load.

Whether its Hamas demonstrations in Gaza, ISIS human shields in Mosul, or riotous crowds in a future liberated state capital, ground forces must be able to control the population during sustained civilian contact and accomplish the mission in a feasible and acceptable manner. Decades of lessons learned, including Israel’s recent actions in Gaza, have made doctrine, training, and equipment resources available. But US ground forces must make use of them. Otherwise, we too may risk damaging future policy goals and inviting mission failure.

Capt. Ryan Orsini is an infantry company commander in 1st Brigade, 82nd Airborne Division, pending assignment to Georgetown University for advanced civil schooling. He has previously served in 1st Brigade, 101st Airborne Division (AASLT), and has three operational deployments in support of Operations Enduring Freedom, Freedom’s Sentinel, and Joint Guardian. The views expressed in this article are those of the author and do not reflect the official policy or position of the Department of the Army, Department of Defense, or the US Government.