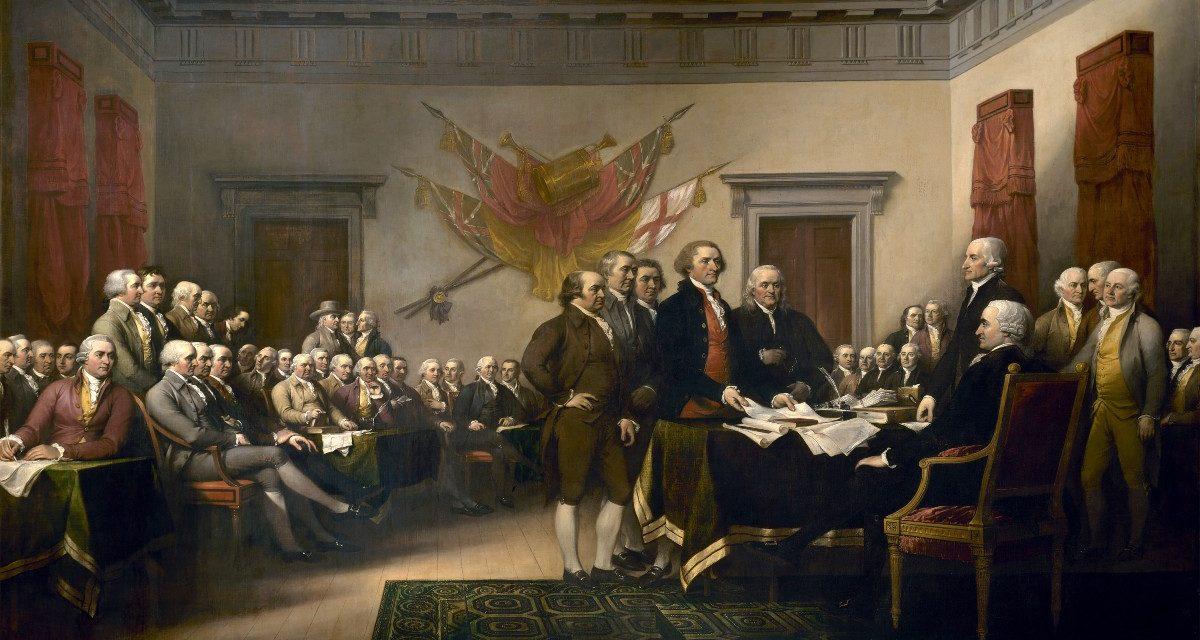 Every Fourth of July, I think about the American Revolution and the soldiers of the Continental Army. Throughout most of my life I have been surrounded by the rich history of the Revolution. I grew up in New Hampshire, from where militiamen flocked to Boston following the Battles of Lexington and Concord, fighting at Bunker Hill. New Hampshire native General John Stark led troops in the Saratoga campaign and later penned the state motto “Live Free or Die.” Today, I teach at West Point, the same location Benedict Arnold attempted to sell to the British. The American Revolution surrounds our campus, with Fort Montgomery, John Jay’s homestead, and the New Windsor Cantonment all nearby.

The American Revolution is cast, in many Americans’ eyes, as a struggle between a righteous band of oppressed patriotic Americans and a tyrannical or, at best, coldhearted British government. While I wear the uniform of the United States Army, I am a direct descendant of the men and women who went to battle with what they had access to in their households and on their farms, fighting against the most powerful military on the planet who controlled operations from an ocean away. My own service in Afghanistan has an odd echo. There, I waged counterinsurgency warfare in the streets and valleys of a nation far from home against people who fought me with what they had at hand. Was I the modern-day redcoat?

First, I needed to find a good working definition of insurgency. Being a soldier, I first turned to FM 3-24, Insurgency and Countering Insurgencies, defines an insurgency as “a struggle for control and influence, generally from a position of relative weakness, outside existing state institutions.” While a good definition, it lacks a clear framework for determining what an insurgency seeks to achieve. Joint Publication 3-24, Counterinsurgency, leads off with a stronger definition: “the organized use of subversion and violence to seize, nullify, or challenge political control of a region.” To examine the American Revolution I broke JP 3-24’s definition down into three component parts:

The answer to all three questions is a resounding yes.

On organization there is no doubt that the colonists fit the definition. They were both politically and militarily organized for resistance. Following the passage of the Stamp Act of 1765, the Sons of Liberty formed as an entity to contest British rule. They organized various acts of local resistance to the Stamp Act—tarring and feathering tax collectors, burning down the office of a local stamp distributor, and ultimately organizing the Boston Tea Party, where members of the group raided a British merchant vessel at port in Boston, tossing its cargo into the bay.

Later, in opposition to the Coercive Acts, committees of correspondence formed in the thirteen colonies to further organize and resist. Committees agreed to send delegates to a continental congress, who set about governing the colonies, organizing foreign support, and eventually declaring independence. On June 19, 1775, the Second Continental Congress appointed George Washington as commander in chief of the Continental Army. The Continental Army was similar to many other armies of the day, with a formal rank structure, standing units, and regional militia forces. The organization of a political resistance in conjunction with a military wing echoes what the Taliban did in Afghanistan, where insurgent leaders served in shadow governments or as military commanders or lobbied internationally for support.

The colonists aligned with Washington and the Continental Congress also challenged British political control. Seeking freedom from British rule entirely was too extreme to be palatable to most colonists early on. The Sons of Liberty initially popularized their effort as a fight against taxation without representation. However, tensions between the British government and the colonists escalated over time to the point where the members of the Second Continental Congress decided to take the drastic action of declaring independence from their mother country.

Use of Violence and Subversion

Whether throwing tea into Boston Harbor or engaging in open and regular warfare at Yorktown, there can be no doubt the American patriots used violence and subversion to achieve their political objectives. From Thomas Paine’s Common Sense calling for colonial independence to Paul Revere’s propaganda print broadcasting British cruelty after the Boston Massacre, subversion took place early and often. Violence escalated over time from targeted violence against tax collectors or stamp agents to full-scale intrastate war. As countless monuments, national parks, and even the imagery of the National Guard attest, violence was indeed central to achieving colonial political goals.

Were We the Good Guys?

With the criteria needed for an insurgency so clearly met, why do we so seldom hear the colonists referred to with this label? My initial thought was that it had to do with constant conflict with insurgencies that the United States has been in over the past two decades. After all, even JP 3-24 is called Counterinsurgency. If insurgents are our current enemy, who would want to tar our own forefathers with such a dirty word? Perhaps joint leadership today, having grown and commanded in the post-9/11 world, was reluctant to linguistically tie our legacy to insurgents and an insurgency lest anyone become confused that we are the good guys. However, this reasoning falls short because histories of the American Revolution started long before our most recent counterinsurgency efforts.

Looking to the generation of my grandfathers, even then insurgencies were far from the mind of government information campaigns. World War II propaganda posters do not project the American soldier as an inheritor of an insurgent legacy. In Bernard Perlin’s famous “Americans Will Always Fight for Liberty” poster, American soldiers in 1943 march in review past a formation of Revolutionary soldiers with the date 1778 above them. Conventional contemporary troops are on parade for conventional colonial troops. In another reference to 1778, an Office of Emergency Management poster encourages Americans to save food and equipment using an image of a Continental soldier at Valley Forge. While he looks the worse for wear, the background is clearly a military encampment, complete with cannons, blockhouses, and a flagpole, all of which are far from an insurgency waged in the swamps, forests, and cities of the colonies.

Perhaps the apocryphal Winston Churchill quote, “History is written by the victors,” can shed light on the willing disassociation from an insurgent American Revolution. In this hypothesis, the United States itself does not wish its founders to be viewed as insurgents. After all, JP 3-24’s definition of does not state that the original governing authority is unjust. Instead, JP 3-24 presents a sterile definition of one entity disrupting society in a fight against the status quo. In creating a new nation, our forefathers took considerable effort to argue the morality of their decision to throw off the yoke of British oppression. On this holiday weekend, I give thanks to the insurgents, revolutionaries, patriots, freedom fighters, or whatever other titles are given to the founders for the bold actions they took to bring the country I call home into being.

Maj. Sean Marquis is an infantry officer who teaches in the Defense and Strategic Studies program at the United States Military Academy. He has served in a variety of infantry assignments, including command at the company level. He holds a BA in political science from the University of New Hampshire and an MA from Boston University’s Pardee School of Global Studies.

Image credit: Declaration of Independence by John Trumbull (1826), courtesy of the Architect of the Capitol