Large-Scale Combat Operations: How the Army Can Get Its Groove Back 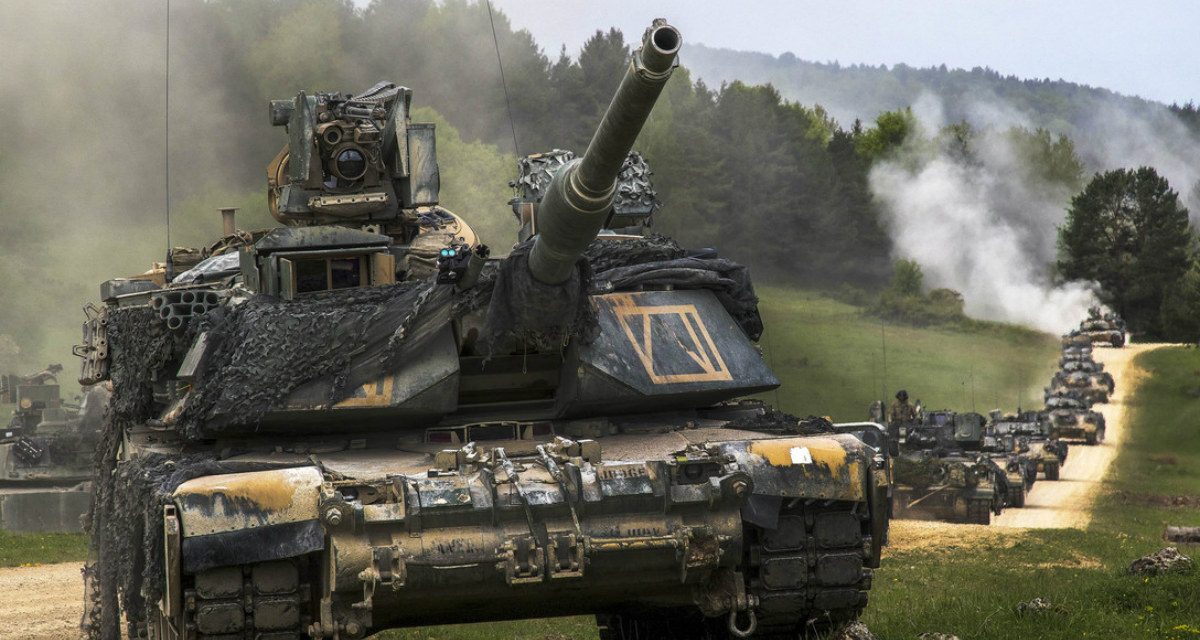 The Army is no longer able to conduct large-scale, division- and corps-level combat operations. That’s what retired Army Lt. Gen. David Barno and Dr. Nora Bensahel suggest in a recent article on War on the Rocks titled “The U.S. Military’s Dangerous Embedded Assumptions.” In it, the authors list several assumptions that the military has made about itself that could have a significantly negative impact on operations if proven wrong in combat. Number one on the list? “The U.S. military still knows how to fight a major war.” If Barno and Bensahel are correct, then the US military is in serious trouble—Task Force Smith-level trouble.

Military planners use assumptions to fill gaps in knowledge in order to continue the planning process. As the plan is developed, either these assumptions are confirmed as facts or the decision maker is made aware of the assumption and will change the plan if and when the assumption is validated. Almost every major war plan—from the defense of the Korean Peninsula to the protection of NATO’s eastern flank—hinges on the assumption that the United States Army still knows how to fight a major war.

But Barno and Bensahel argue that since the United States has not fought or conducted a large-scale exercise since the end of the Cold War, the military’s skills have atrophied. They cite REFORGER— an exercise in defense of Germany in case of Soviet invasion, which incorporated over 100,000 troops—as an example of the type of exercise that US and allied forces no longer conduct. It was last held in 1993 but had been significantly reduced in scope several years before.

The reduced size of training events has continued through the wars in Iraq and Afghanistan. Live-fire exercises at home station have rarely gone above the company level in the last several years. Combat Training Centers like the National Training Center in California and the Joint Readiness Training Center in Louisiana, the Army’s premiere large-scale training sites, have only recently begun conducting live-fire events at the brigade level after focusing for over a decade on preparing units for deployment. This has left a generation of leaders with no experience participating in, let alone leading, large formations executing large-scale combat operations.

The most recent historical analog to the position the Army is in now is how it postured itself in the post-Vietnam era. After over a decade of fighting a war that had some clashes of conventional forces but looked and felt more like a massive counterinsurgency, the Army would have arguably had a hard time if, say, north Korea reinvaded the South or the Soviets decided it was a good time to forcibly bring West Germany into the fold of the Warsaw Pact. The post-Vietnam Army was in bad shape. The hardships of that war and the after-effects of the draft gutted the force.

In this case the Army was able to rebuild itself from the ground up. From personnel reforms to equipment fielding to revamping doctrine, the Army stripped itself down and built itself back up. This would not have happened without the determination and focus of successive Army chiefs of staff. The six chiefs from Gen. Creighton Abrams to Gen. Carl Vuono brought forth many significant institutional changes, including the creation of the Training and Doctrine Command and Forces Command. They also oversaw the acquisition of what’s referred to as “the Big Five” systems—the M1 Tank, Bradley Fighting Vehicle, Blackhawk and Apache helicopters, and Patriot missile system. All of these systems are still in use, part of the backbone of Army combat operations.

They also oversaw the creation of the AirLand battle doctrine. Created in 1982, AirLand battle was designed to tackle the problem of how to defend against a Soviet invasion of Western Europe. The problem at the time was that the Warsaw Pact countries had more tanks and other combat equipment then US and NATO forces. The AirLand Battle doctrinal concept tied together Air Force and Army equities under a joint construct that covered all three dimensions of what was understood to be the combat environment. This doctrine was proved to be effective during Operation Desert Storm, when it took only one hundred hours of ground combat to achieve all operational objectives.

In comparison, the Army of today is coming out of two wars that have lasted well over a decade. Similar to Vietnam, these wars were not set-piece maneuver battles pitting two titans of war against each other. Also like Vietnam, the Army is slowly attempting to get back to the basics of combat maneuver. Home station training is more focused on force-on-force combat and training centers have switched to scenarios that involve more tank battles and less tea drinking.

Unlike the end of Vietnam, though, the post-Iraq and post-Afghanistan adversary is not as clear cut. The United States knew at the end of the Vietnam War that if the US military trained effectively against the Soviet threat, all other threats would be much easier. Today’s environment is not so simple. While war with Russia or China, our two biggest competitors, is possible, chances are it’s not that likely to occur. Even though the recent summit may have reduced its likelihood, a war with North Korea is still possible, and a lot more likely than a war with Russia. Unfortunately, most training scenarios don’t use North Korean maneuver tactics.

Also unlike after Vietnam the potential for US forces being used once again in a counterinsurgency or counterterrorism role is high. After Vietnam, Middle East stability (other than Israeli/Palestinian peace) was not a high priority terrorism was not the seemingly pervasive threat it has become since 9/11. The potential in the future for this type of combat has required the Army to continue to focus training time in preparation for it. Further, today’s forces must allocate time to partnering with foreign forces. This has forced the Army to deploy small-scale, company- to battalion-sized elements all over the world. While all done for a noble cause, it requires a shift in training focus for these smaller units.

As noted above, the post-Vietnam era saw arguably some of the most impactful equipment acquisitions in the history of the Army. The “Big Five” were game-changing systems, still considered the pinnacle of their respective categories over thirty years after their introduction. Since then the only comparable new system to come on line has been the Stryker infantry carrier vehicle in 2001. Other than the MRAP, which has not had nearly as long a shelf life, no new major systems have been brought into the Army in almost twenty years.

After the Vietnam War the Army was successful in rebuilding itself from a force that had spent roughly a decade fighting a counterinsurgency, light infantry– and air assault–focused war into one that was capable of fighting a fast-moving, blitzkrieg-style “AirLand” battle destroying one of the world’s largest armies in one hundred hours. It was able to do that through a focused effort of doctrine and equipment changes, as well as by honing soldier and unit skills in large-scale exercises like REFORGER. This prepared leaders for the corps-sized maneuver operations of Operation Desert Storm.

Only one of these variables exists today. The Army is building doctrine to support the multi-domain battle concept; however, new doctrine alone is not enough. There are no new combat systems on par with the “Big Five” projected to come on line in the near future—a looming problem as the gap between our systems and those of potential adversaries shrinks. There is not a single, clear adversary driving the Army to perform—making it incumbent on the Army to identify and prepare for the right fight. And there are no exercises higher than brigade level. Every soldier is told from day one that you have to train like you fight, that a lot of sweat in training can prevent a lot of blood in combat. Until the Army focuses once again on large-scale, multi-division exercises in today’s complex environment and trains how it would fight, the assumption that the Army can conduct large-scale combat operations will be a dangerous one.

Maj. James King is currently serving as the Chief of the Analysis and Control Element (ACE) for US Army South. While serving over twenty years in the National Guard, Army Reserve, and Active Army, including almost ten years in Stryker brigades, Maj. King has held multiple leadership positions in the military police, infantry, and intelligence fields, as well as deploying three times in support of Operation Iraqi Freedom. He holds a BA in Sociology from the University of Washington, where he earned his commission through the ROTC program and a Master’s Degree in Strategic Intelligence from American Military University.