The Legion is our Fatherland: Organizational Culture and the French Foreign Legion, from 1831 to the Modern Battlefield 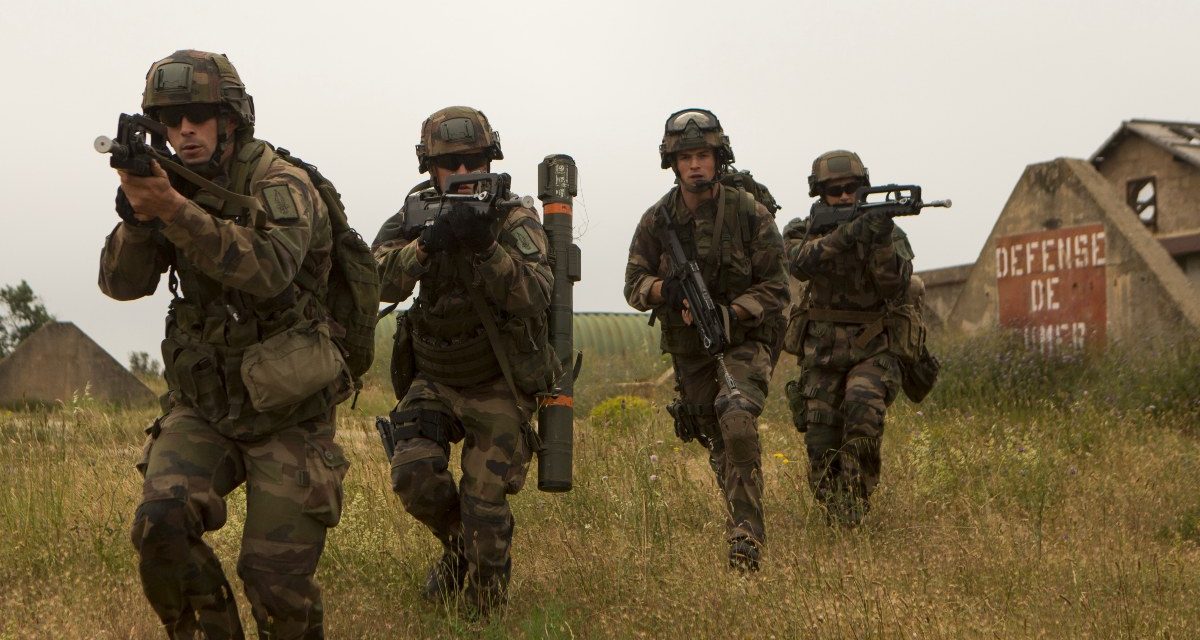 Jean-Vincent Blanchard, At the Edge of the World: The Heroic Century of the French Foreign Legion (Bloomsbury, 2017)

The French Foreign Legion is one of the world’s most storied and romanticized combat units. In his book At the Edge of the World, Jean-Vincent Blanchard takes the reader on a journey to Indochina, Madagascar, France, Algeria, Morocco, and back again to explain why that is. Ostensibly a history of the first one hundred years of the French Foreign Legion—the “Heroic Century”—the book does not fit easily into a single category. It is part military history, but also, perhaps because Blanchard is a professor of French studies, part cultural history.

It is even part biography. The narrative loosely follows the career of Hubert Lyautey, a legionnaire, as he rises from a young officer in Algeria and Indochina to a marshal and resident-general in Morocco, where he was both the senior civilian and military leader in the territory. Marshal Lyautey’s personal papers form the main body of primary sources that Blanchard draws from. This strategy makes the book all the more interesting. It’s an institutional history of the Foreign Legion—but it also has a main character. Blanchard has a fixed point in Lyautey that he uses to hang his narrative on, and conveniently bracket the scope of his history. He also occasionally leaves Lyautey behind for a chapter to when a detour helps paint a fuller picture of the history.

The French Foreign Legion was founded on March 9, 1831. It was created for dual purposes. In the aftermath of the revolution that birthed the “July Monarchy” of King Louis Philippe, the government needed an outlet for thousands of foreign-born soldiers roaming France. This was the immediate need that the Legion filled. Algeria also became a French colonial possession in 1830, but was still far from pacified. The new king needed soldiers that could fight, and die, in Algeria at less political cost than French citizens. In a way this raises similarities to some criticisms of the all-volunteer force in the United States, which argue that it produces a military that can be consistently deployed to long-term policing and nation-building projects abroad without generating much political resistance at home. Though wars have often featured “foreign units” made up of volunteers from countries not party to the conflict, there are only a handful of units that primarily recruited foreign nationals and maintained that through peacetime. Of those, several, including the Spanish Legion, were modeled after the French Foreign Legion.

The cultural lens through which Blanchard examines the Legion allows him to extract a number of especially interesting items. In particular, he tries to dissect the culture of the Foreign Legion. What makes the unit different? What makes its foreign-born members fight so well and die for France in far-flung places? His answer is as unsurprising as it is convincing. Legionnaires joined and fought for a number of reasons, but chief among them was the escape that the Legion offered—enlistment meant regular pay and a barracks to sleep in, far from whatever trouble or life that they wanted to leave behind. “The men,” Blanchard writes, “not only wanted a solution to their problems, they also wanted to be cut off from their earlier existence.” He confirms the myth that “the Legion, famously, did not ask too many questions concerning a troubled past.” And the legion also offered adventure—travel to the various corners of French colonial holdings and “many opportunities for drinking, sex with the indigenous population and prostitutes or even soldiers,” all of which “made it quite a desirable prospect.” Legionnaires were bound by the intense esprit de corps that has traditionally come when units consistently win martial acclaim in most difficult situations. One legionnaire described their simple ethos: “We’re professional soldiers. We don’t give a damn what we fight for! It’s our job. We’ve nothing else in life. No families, no ideals, no loves.” Legionnaires formed bonds in the crucible of combat. They shared experiences and sacrifice, which Blanchard argues cohered the Legion, though he also notes the importance of the range of emotional and physical wounds legionnaires often brought with them into the legion.

A theme throughout the book, and clearly a focus of Blanchard’s research, is the dreaded cafard. The cafard is a malady of the soul endemic to legionaries. Blanchard characterizes it as something between fatalism and nihilism, running rampant in the “monastery of unbelievers,” as one member described the Legion. It was an organization of men who almost as a rule were leaving past lives behind and didn’t have social relationships outside the Legion. Blanchard quotes one legionnaire’s description of the cafard: “It is above all a sense of being unmoored, akin to a severe bout of depression, adrift in the world.” He argues that it contributed to the significantly higher than average rates of suicide in the Legion and describes legionnaires sometimes feeling as though they were “left to ponder their existential malaise in Algeria” by the French government in Paris.

The Legion is also fascinating precisely because it is not a historical artifact—it is still an elite fighting organization today, and still composed mostly of non-Frenchmen. Legionnaires are currently deployed to remote northern Mali battling extremists, where French forces recently killed al-Qaeda’s senior commander in North Africa. And the Legion’s mystique still exerts a pull on young men from around the world. In 2009, a US Army officer and West Point graduate went AWOL and enlisted in the Foreign Legion for five years before turning himself in to US Army military police in Germany. “I needed to be cold, sweaty, muddy and wet . . . to find the will to live,” he later said of his decision. When he eventually came clean to the Legion about his past as a US Army officer they told him to bury it. “We knew he was maybe a U.S. soldier,” one former fellow legionnaire recalled. “But we never asked.”

At the Edge of the World is an engaging and rich history of the French Foreign Legion. Blanchard’s narrative never leaves the reader bored or lost in esoteric tactical and operational history, and its value as a cultural history is not only in what the reader can learn about the Legion, but in providing a mechanism through which to better understand and learn about organizational or military culture more broadly—including, for military readers, of one’s own service.

Walker D. Mills is a Marine Corps infantry officer currently serving as an exchange instructor at the Colombian naval academy in Cartagena, Colombia.