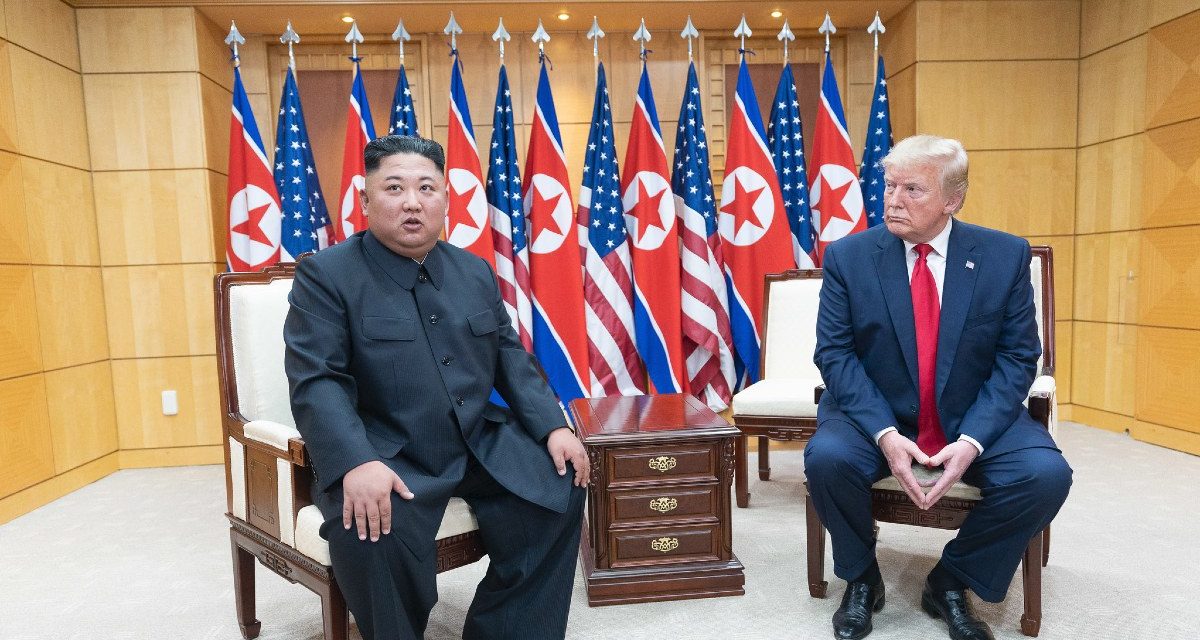 As denuclearization negotiations with North Korea have been stuck in stalemate, there is a rising call for the US government to drop its maximum-pressure approach and replace it with more conciliatory policies. South Korea’s Moon Jae-in administration would certainly support such a change of US policy toward North Korea. Yet this is the time that the international community must have strategic patience, maintaining maximum pressure on North Korea, not prematurely dropping it as Pyongyang demands.

When it comes to North Korea’s nuclear challenges, there are largely three levels of strategic goals. At a minimum, the United States needs to prevent another war on the Korean Peninsula, particularly one during which North Korea could use its nuclear arsenal. Next, there is the strategic goal of stopping North Korea from further advancing its nuclear and missile capabilities. This is an arms-control objective. Finally, at a maximum level, the United States wants to roll back North Korea’s nuclear and missile programs—going beyond arms control to disarmament. The Trump administration’s maximum-pressure approach explicitly aims to achieve the maximum goal of “final, fully verified denuclearization” (FFVD) of North Korea.

The challenge is an obvious and straightforward one: it looks extremely hard to achieve the maximum goal. North Korea has not taken any actions toward abandoning its nuclear weapons. Prominent North Korea watchers in the West agree that Kim Jong-un has zero intention of giving up nuclear weapons. As Pyongyang resumed a series of short-range and submarine-launched ballistic missile tests through 2019, even the medium-level, arms-control goal of stopping North Korea from further developing its nuclear and missile capabilities looks to be failing. Even worse, as President Trump publicly talked about the military option at the end of 2019, there is a risk of escalating tensions on the Korean Peninsula again, which could even be an ominous sign with respect to even the minimum goal of preventing another Korean war.

Therefore, it is understandable that many people feel frustrated with the US approach of maximum pressure. They argue that the maximum goal of complete denuclearization of North Korea is unrealistic, thus the United States needs to be more pragmatic in negotiating with Pyongyang. Instead of disarmament, it looks more reasonable and realistic to focus on the goal of arms control with North Korea. As it looks clear that North Korea already possesses a number of nuclear weapons—US officials reportedly believe the number to be between thirty and sixty—it makes more sense that the US government starts negotiation from the reality of North Korea as a de-facto nuclear weapon state. Arms control also logically makes sense as a starting point, from which to potentially move up the ladder of negotiation toward disarmament later. The change of policy emphasis from the maximum, disarmament goal to the medium-level, arms-control goal should accompany a conciliatory gesture like peace declaration or partial lifting of sanctions in order to incentivize North Korea to action toward arms control concurrently.

Yet it should also be noted that the US government has actually made progress toward the medium goal precisely because it has aimed for the maximum goal. In 2017, China agreed to bolster sanctions against North Korea because the Trump administration demonstrated serious consideration of the military option as part of its maximum-pressure approach. In 2018, Kim Jong-un came out for negotiation in the face of ever-strengthened economic sanctions. In 2019, during the second summit in Hanoi, there were many agenda items that Kim Jong-un could have put on the table, such as peace declaration, normalization of the diplomatic relationship, or the reduction of US forces in South Korea.  But the fact that Kim focused on lifting sanctions as the only agenda item suggests that the sanctions have impacted the North Korean economy. As a result, Pyongyang has refrained from conducting another nuclear weapon or long-range missile test over the last two years. Although far from achieving the maximum goal of FFVD, US actions have made progress toward the medium goal, slowing North Korea’s advance in nuclear and long-range missile technology.

If the United States simply lowers the level of strategic goal at this point, however, the situation can turn even worse. By disavowing disarmament as its objective in favor of arms control, the United States would risk sending the wrong signal—that Washington has effectively given up on employing normative pressure on Pyongyang specifically to relinquish its nuclear weapons. Pyongyang would feel more free to advance its nuclear and missile capabilities. North Korea has a long record of not living up to its arms-control promises in the past. An approach explicitly oriented toward arms-control would create the impression that the United States practically acknowledges North Korea as a nuclear state, which would spark serious discussion on the option of nuclear armament within South Korea. It could also trigger similar debates in Japan and Taiwan, setting off a trend of nuclear proliferation across Northeast Asia. The security dilemma North Korea perceives would thereby deepen in the region and Pyongyang will find more reasons to develop nuclear weapons. The result would be an arms race instead of arms control.

Because of all this, it makes strategic sense to fix the US strategic goal at the maximum level of complete denuclearization of North Korea. Even if some policymakers privately acknowledge the reality of North Korea as a nuclear state, the US government should not publicly say it and accept it as a matter of fact. The real utility of sticking to the maximum goal of FFVD does not lie in the remote possibility of actually achieving it, but rather in the greater possibility of achieving the medium-level goal of arms control. Yes, maximum pressure may not lead to denuclearization of North Korea in the foreseeable future. Yet the normative pressure is still useful to force North Korea to significantly delay its advancement of nuclear development and to block the possibility of nuclear proliferation across the region.

What is clear is that the sanctions put in place as part of the maximum-pressure campaign have had an effect. Seoul National University’s Kim Byong-yeon has explained how the sanctions have directly impacted the country’s economy and why Kim Jong-un is anxious see them removed. This likely places a great deal of stress on the regime. William Brown, a renowned expert on the North Korean economy, has similarly described how “outright aid, payments for pushing back the nuclear weapons program, and premature relief from sanctions would only give the regime time to avoid the hard choices needed to permanently fix the broken economic system.” Based upon these assessments, the sanctions, if maintained at the current level, will likely bring Pyongyang back to the negotiation table with more meaningful proposals.

Throughout 2019, Pyongyang has responded with low-intensity provocations to Washington’s outreach. Still, the United States should not be frustrated by this and must avoid making the mistake of shifting focus from the maximum goal of denuclearizing North Korea. Realistic assessments and a degree of strategic nuance—accepting the possibility that North Korea is a nuclear state for good—is important, internally within US policy circles. But that does not have to mean a public announcement of changing strategic goal, and in fact it shouldn’t. Publicly lowering the US strategic goal from disarmament to arms control is exactly what Pyongyang has been trying to achieve with its tactical moves over the past several months.

This is not to argue against diplomacy with Pyongyang. But the dialogue should be pursued on the foundation of economic sanctions and military deterrence as two pillars of the maximum-pressure strategy. Strategic patience has always been needed in dealing with Pyongyang. That remains true now more than ever.

Dr. Sungmin Cho is an associate professor at the Daniel K. Inouye Asia-Pacific Center for Security Studies. The views expressed are those of the author and do not reflect the official position of the United States Military Academy, Department of the Army, or Department of Defense.