The Military Does Not Need a Pay Raise 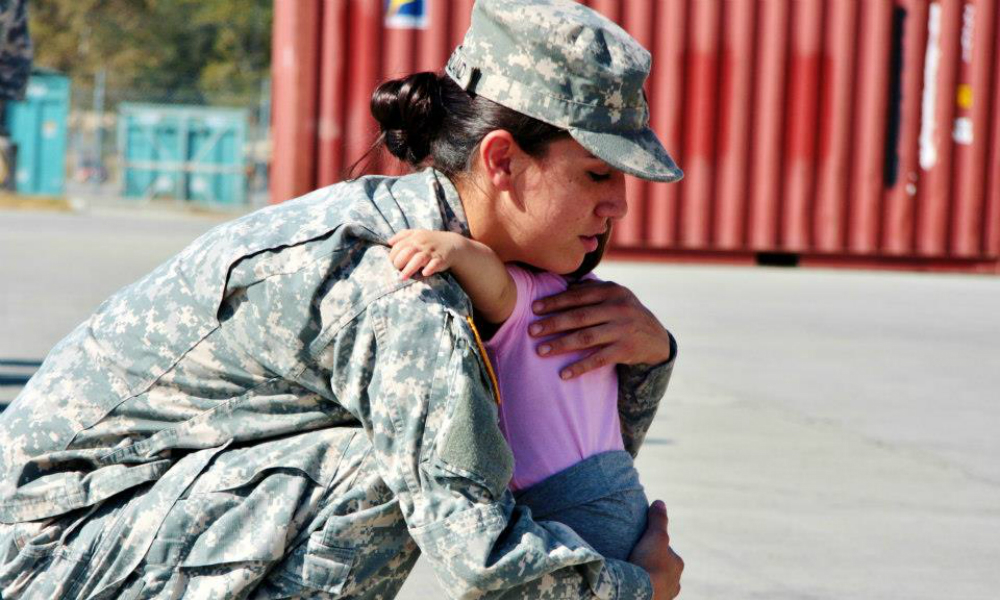 On January 1, the military received a 2.1 percent pay raise, the largest increase for the military in six years. Politicians continually debate the issue of pay raises for the military—with advocates typically framing such raises as the only way to compensate a servicemember’s service and sacrifice. As one of those who serves, I disagree. The military does not need another pay raise. Instead we need to increase the number and quality of services provided to troops. The strength of our nation’s military rests on retaining high-caliber men and women in uniform. Far more important than large pay raises, improving services directly impacts our ability to do so. Failing to recognize this will lead to loss of talent in our ranks. This is undoubtedly an issue of military readiness.

As a newly minted mother, my most precious asset is time. From the time I was a private first class, I usually chose to live off post. In most cases, off-post housing seemed more desirable than on-post options. Recently, this has changed with housing and community renovations. As a result, posts that offer quality housing options have a waiting list that can have unfortunate effects for a servicemember about to PCS (permanent change of station). For example, on Fort Bragg the average wait time for a home is 4–6 weeks, but has been as long as twelve months for single-family homes. Fort Hood has wait times up to 4–6 months for select housing. Living out of a suitcase or making two moves consumes time and degrades a family’s quality of life. Most servicemembers would elect to go with off-post housing when faced with these lengthy wait times.

Families consider a number of variables when considering whether or not to live on post. Quality of the education systems, neighborhood safety, and housing amenities all make the list. After getting married, the number one reason I chose to live on post was the short commute time. The ability to cut my commute time from thirty minutes to five minutes, door to door, gives me nearly an extra hour to spend with my family each day. Servicemembers who live off post also need to battle gate traffic, adding more time to their commute. Some will argue that private sector workers also have to endure long commutes, too. While true, the average work day for a servicemember extends beyond the typical 9-to-5. Working 0630 to 1730 constrains time, making it a special commodity for those in uniform. But what is also true is that non-military workers who want that extra time with family can change jobs, or move to a new town with less traffic and lower commute times. Not so for those in uniform—until a servicemember is deciding whether to stay in or get out, at which point the military risks losing trained and experienced personnel.

Another benefit that needs to attention is on-post child care. Currently, on-post Child Development Center (CDC) care seems nearly impossible to get. Waitlists extend into the next year, leaving parents with only off-post solutions. Even approved Family Child Care (FCC) providers are overbooked. For example, if a servicemember is told today that he or she will PCS to Fort Bragg or Fort Hood in six months, the anticipated placement time in child care for an infant is 3–11 months beyond the date at which the servicemember will report to the new duty location.

Certainly we can see the effects on mission readiness for single parents and dual military couples. Even lower on the priority list are families who have spouses not in the military. Husbands and wives who make incredible sacrifices to support their soldiers are now also being forced to provide their own child care solution. Pushing servicemembers to rely on services out of the CDC or FCC network could degrade mission readiness if the care is not sufficiently flexible to handle situations, for example, where military training goes longer than expected. Some states and many off-post daycares limit childcare to ten hours a day, which does not coincide with the typical military routine. Using off-post care also costs travel time and eliminates a parent’s options for an occasional midday visits.

The members of the all-volunteer force have endured multiple deployments that stressed both servicemembers and families—enough so that highly capably men and women have chosen to get out. Our military readiness depends on keeping them in and retaining their experience and institutional knowledge as the backbone of a strong force. Ask any military member why he or she serves, and the answer will not be money. Most serve because they love their country as much as they love spending time with their families.

Maj. Danielle Biering is a military science instructor at the United States Military Academy. The views expressed in this article are those of the author and do not reflect the official policy or position of the Department of the Army, Department of Defense, or the US Government.