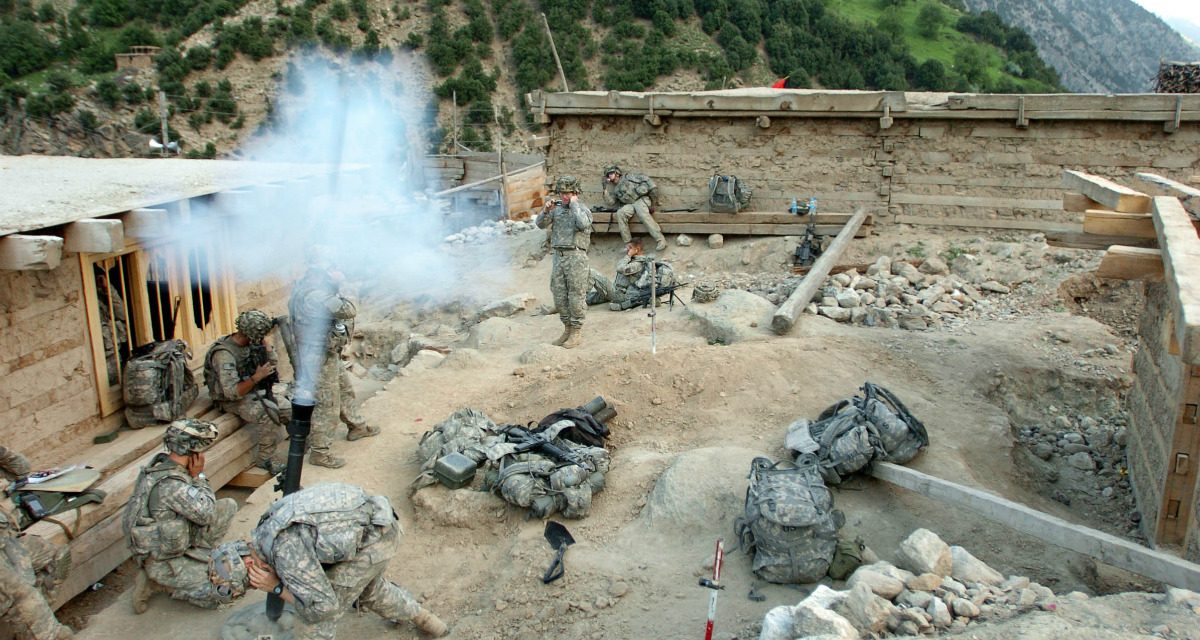 This is a special episode of the MWI podcast. It’s the first in our new podcast series, “The Spear.” This new series aims to provide a platform to examine the combat experience. In each episode, we’ll sit down for a one-on-one discussion with a single guest to discuss a particular event—a firefight, an ambush, a battle—to tell the story of a combat engagement from the perspective of somebody who experienced it.

In this first episode, John Amble talks to MWI’s own Capt. Jake Miraldi about the Battle of Barg-e Matal. In 2009, Capt. Miraldi was a platoon leader on his first deployment to Afghanistan. In July, Taliban forces overran the village of Barg-e Matal in eastern Afghanistan’s rugged Nuristan province. Capt. Miraldi and his platoon were part of a force of 100 US and Afghan soldiers sent to retake the village. They planned to be there for 96 hours. It eventually became a battalion mission that kept US soldiers fighting there for two months.

The next episode of “The Spear” will be available in just a couple weeks, and you’ll be able to subscribe to it on iTunes or your favorite podcast app. Follow MWI on Twitter and check out our Facebook page for updates. In the meantime, we hope you enjoy this first episode.