Do We Need to Work with Despots? The Question of Nondemocratic Leaders and US Foreign Policy 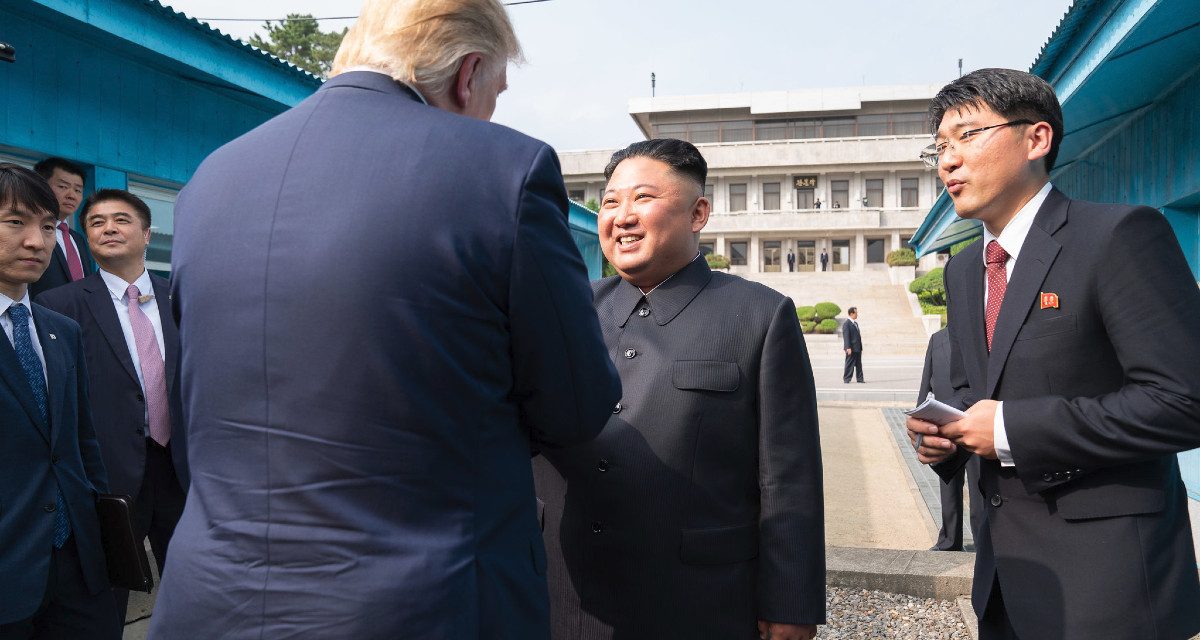 Stephen D. Krasner, How to Make Love to a Despot: An Alternative Foreign Policy for the Twenty-First Century (Liveright Publishing, 2020)

In the wake of 9/11, the United States invested trillions of dollars and lost thousands of lives trying to transform Iraq and Afghanistan into peaceful democratic societies. The results are discouraging. Despite an investment of over $25 billion in the Iraqi Army, this force crumbled in the face of a smaller and less equipped Islamic State force in 2014. In Afghanistan, the Taliban controlled more territory in 2016 than at any other time since 2001 and by 2018, civilian casualties were at record highs despite the presence of the US military since 2001.

Why did the American ventures in Iraq and Afghanistan fall short despite the long-term, highly resourced US involvement in both countries? Stephen Krasner attributes the failure to an overly ambitious US approach. In his new book, How to Make Love to a Despot: An Alternative Foreign Policy for the Twenty-First Century, Krasner argues that the United States pursued an unrealistic, “utopian” objective of replacing despotic regimes with open democracies. This approach was destined to fail, in no small part because its objectives ran directly counter to the interests of the ruling elites in Iraq and Afghanistan. These political and military elites used every opportunity to undermine American policy initiatives or military actions that weakened their own hold on power. When subsequent American administrations realized that transitioning despotic regimes into flourishing democracies was failing, the United States pivoted to what Krasner describes as a “dystopian” approach by doing less and retreating from a serious foreign-policy agenda in either of these countries. This dystopian approach also fails as it allows weak and fragile states, like Iraq and Afghanistan, to flounder, creating greater instability and ultimately raising the risk to American national security.

Instead of either of these approaches to foreign policy—utopian or dystopian—Krasner argues that the United States must implement a cost-effective, middle-ground strategy by aligning US priorities with the interests of internal elites to support what he calls “good enough governance” abroad. American policy should focus on limited and realistic objectives such as improving security, bolstering health services, and promoting some degree of economic growth. Although narrower in scope than nation building, pursuing good enough governance with nondemocratic regimes provides the best potential return on investment. This approach allows the United States to set the conditions for gradual change that can lead to more open and inclusive governance over time. After two decades of nation-building failures, Krasner asserts that good enough governance in nondemocratic states is really all the United States can hope for in order to establish or maintain influence while creating achievable results.

While Krasner’s core argument—promoting only good enough governance—may appear to not be enough at all, this is the most pragmatic policy to obtain marginal but achievable gains that support American security interests. In practice these gains can be realized by working in concert with internal elites to first improve security. With improved security, both economic growth and the effective provision of services can take root. Collectively these improvements can help to curb transnational terrorism, stem refugee flows, and prevent pandemics, all of which support America’s national-security interests. Krasner contends that since internal elites will actively work against any measure that threatens their own power, external efforts must have at least tacit buy-in from within the host nation to succeed. In other words, if the United States wants to influence some positive change in closed societies, they must learn to make love to despots.

However, Krasner is not arguing against democracy. Instead, he is promoting a realistic foreign policy that can produce measurable results now and could foster the growth of democratic practices over time. Sadly, in all human history, almost all people have been ruled by despots. Democracies are unnatural phenomenons that have existed in limited countries only over the last several hundred years. Today’s most durable democracies underwent generations of gradual change to achieve what Krasner refers to as the Madisonian sweet spot, “where governments are strong enough to govern but do not repress their own population.”

Krasner’s pragmatic outlook is a result of his career in academia at Stanford University and his experience serving in the George W. Bush administration, first on the National Security Council and then as the director of the Policy Planning Staff at the State Department. His firsthand experience with foreign policy—from 9/11 to the invasion of Iraq to two concurrent insurgencies—provided Krasner with an intimate understanding of America’s limits when it comes to nation building.

Whether you agree with him or not, Krasner’s good enough governance argument is as necessary as it is timely, especially during an election year. This book should be widely read and analyzed not only by government decision makers and military leaders, but by the public at large.

A utopian approach hasn’t worked. A dystopian one hasn’t, either. Krasner makes a compelling case that the pursuit of realistic and achievable objectives—of good enough gains—today will lead to actual good governance in the future.

Maj. Thomas Dyrenforth is a US Army foreign area officer currently serving as the assistant Army attaché at the US Embassy in the Democratic Republic of Congo. He is a graduate of the United States Military Academy and holds a Master of International Policy and Practice from the Elliott School at George Washington University. Maj. Dyrenforth has deployed twice to Iraq, served as an instructor of military science at West Point, and was previously assigned to the US Embassy in Abidjan, Côte d’Ivoire.