A New Age of Partner Training? 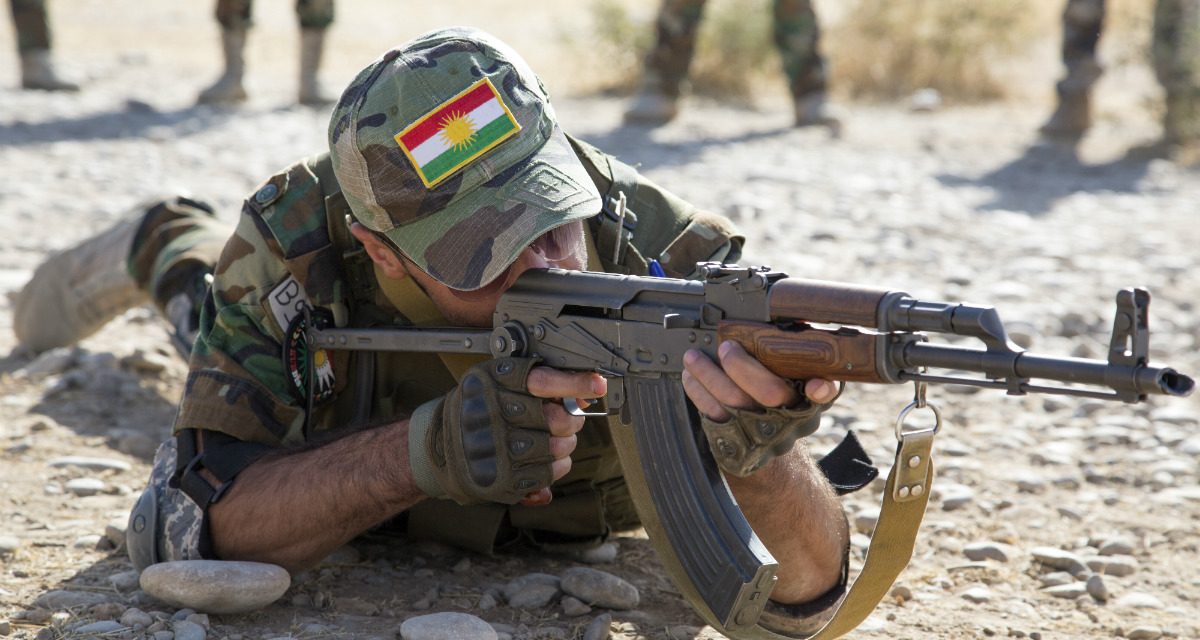 The first pickup laid down suppressive fire with its .50-caliber heavy machine gun; the other pickup—called a “technical” in the many places such makeshift combat vehicles are found—then advanced to the next fold in the sand, braked hard and took up the thundering cadence with its own weapon. The first technical used that suppression to resume its advance, and the two vehicles continued their alternating progress down a football field-length of Iraqi desert.

The principles of fire and movement were developed by German stormtroopers in World War I, yet were new to these Kurdish Peshmerga fighters, recently trained by Western Special Forces. The multinational observers clapped after the demonstration, held near Mosul Dam during the war with the Islamic State group.

Does this training help in combat, though? “Oh yes, we were surprised, but it really worked,” one Peshmerga told me after the demonstration, detailing a recent attack the Peshmerga made on Islamic State fighters. “We can launch attacks now that before cost lots of blood.”

Matthew Cancian is a nonresident fellow at the Modern War Institute at West Point. He served as an officer in the Marine Corps from 2009 to 2013, deploying as a forward observer in Operation Enduring Freedom. He is a doctoral candidate at the Massachusetts Institute of Technology.