While the North Korean Nuclear Button Cools, the Threat of the Underground Lingers

Efforts from both sides may not suffice to thaw tensions between the United States and North Korea. The fragile reconciliation can be put in jeopardy at any time if a formal end to the Korean War is not declared or if denuclearization turns into an empty promise. In the midst of this uncertainty, the threat of war—and particularly of underground war—lingers on the Korean peninsula. North Korea possesses cross-border tunnels reaching beyond the demilitarized zone and into the territory of South Korea. Although the exact number of tunnels remains unknown, and in spite of the fact that they have never been used, these cross-border tunnels continue to pose a threat to South Korea’s national security.

From Mosul to Seoul, tunnel warfare—an important battlefield tactic throughout much of the history of armed conflict—has re-emerged as a threat to modern armies. Nonstate actors increasingly find this ancient form of warfare appealing to counter the once-unimaginable satellite imagery, aerial reconnaissance and strike capabilities of military powers like the United States, Russia, and South Korea. In just a short time, the practice of underground warfare has become part and parcel of contemporary conflicts, with tunnels and subterranean hideouts featured in Afghanistan, Mali, Libya, Gaza, and Yemen. Most recently, US-backed security forces discovered extensive use of tunnels by the Islamic State in Syria and Iraq.

Underground tunnels and structures serve as equalizers for belligerents with lesser military capabilities, offering invisibility and stealth where the movement of combatants and war materiel would otherwise be easily detected by advanced surveillance. As such, it has become a choice tactic for nonstate groups comparatively weaker than their tech-savvy adversaries.

This is not to say that states do not make use of the underground. Many militarily sophisticated states dig deep and large structures (known as deeply buried facilities) to shield their most sensitive personnel and equipment and ensure the continuity of the chain of command in time of crisis. But the Kim regime’s North Korea is among the few remaining states—alongside the Assad regime in Syria— willing to deploy soldiers in a subterranean environment.

Pyongyang began digging tunnels long before many violent nonstate entities like al-Qaeda in the Islamic Maghreb and the Islamic State rediscovered their virtues.

North Korean defectors first reported invasion tunnels dug under the Demilitarized Zone in the 1970s. There have been four such tunnels found since, the last in 1990, and their massive size is strong evidence of their reported purpose. The tunnels discovered are large enough to allow thousands of invaders to pass under the DMZ, with some large enough to pass vehicles and heavy weapons. They are heavily fortified and equipped with power, supplies, and even railways and railcars for heavy equipment movement. The third “tunnel of aggression,” as they were dubbed by the South Koreans, was uncovered just south of Panmunjeom after a tip-off from North Korean defector Kim Bu-seong in 1978. The tunnel was 1,600 meters long—a full mile—and seventy-three meters below the surface.

Pyongyang understood decades ago that cross-border tunnels make the threat of a first strike that much more likely and dangerous, allowing the North Korean soldiers to invade South Korea undetected, from multiple routes, and en masse. North Korea also committed a long time ago to going underground more broadly in pursuit of its overall strategic plans. There are wide variances in American and South Korean estimates on the extent of North Korean underground complexes. US estimates range from 5,000 to 8,000 underground sites, which include not only invasion tunnels, but also leadership, artillery, and troop bunkers, along with three major underground bases, one of which features a 5,900-foot runway that passes through a mountain.

In this context, one wonders why South Korea chose not to destroy the North Korean-dug tunnels—at least those it knows about. Instead, Seoul opted to only emplace concrete slabs in the middle of the tunnels to block them (as opposed to sealing them off by pouring concrete inside them to render them completely unusable—a very different technique used by Israel at the Gaza border and the United States at the Mexican border), leaving most of each tunnel open. Three of the four known tunnels are now popular tourist sites that allow visitors to don hardhats and travel all the way down to where the tunnel is blocked.

We can only speculate about the South Korean government’s reasons. Most likely, the tunnels represent standing political statements oriented at the international community. Another reported reason is to warn younger South Korean generations, most born after the truce that froze the Korean War, about the dangers North Korea still poses. And yet, these tunnels continue to pose a significant risk to South Korean security.

If anything, South Korea has seemingly missed an opportunity to study, learn, and experiment with what it takes to fully eliminate such tunnels. What would it really take to neutralize tunnels of this size? How much concrete would have to be flooded into these sites to keep them from being made operational again? Are explosives feasible? Even the US military has had to resort to dropping America’s most powerful non-nuclear bomb, the GBU-43/B Massive Ordnance Air Blast (MOAB), nicknamed the “mother of all bombs,” to destroy a network of Islamic State-fortified underground tunnels in Afghanistan. Such destructive tactics may not be available when civilian populations and infrastructure are present.

Other states facing similar cross-border, underground threats (like Israel, Egypt, or the United States, for example) should take note of this difficult reality. Even tunnels that are not in use can later be inherited by other hostile factions or, as one might fear in North Korea, used at a later time.

As the US military prepares for all possible contingencies in combat, planners should strive to better understand the subterranean spaces that mitigate their built-in advantages, and be prepared to fight in them. Particularly given the present focus on North Korea, the United States would be well served by rethinking the implications of underground spaces in modern combat—from the tactical to the strategic level of war. These implications range from the threat of infiltration to new infantry training requirements and battlefield communication techniques, challenges to casualty evacuation, changes to rules of engagement, and decisions about when and how to seal underground passages. It is hard to adapt to underground warfare under pressure. Highly versatile, tunnels can be used for a variety of offensive purposes at the same time, including kidnapping, tunnel mining (the detonation of explosives underground), and surprise attacks against civilians and military targets. Indeed, underground warfare affects the conduct of hostilities in profound ways, many of which have been forgotten over the past half-century by decision makers used to relying on technology and air superiority.

It is reassuring to see recent US Army investments in, discussions about, and tactical-level training for underground operations. But the United States needs a long-term strategy that includes investments in research, scholarship, education, doctrine, equipment, and training for underground warfare. US soldiers are not even prepared to do things like map, detect, and eliminate tunnels, let alone fight, survive, and adapt deep underground.

All states should monitor tunnel-prone areas on a regular basis, and enhance cooperative efforts, like the joint US-Israeli research on tunnel detection, to better anticipate trends and innovation in underground environments. The United States needs to do it for its own sake of course, but also for that of its allies contemplating the lingering threat of a large-scale underground invasion.

While soldiers are expected to adapt to any environment, the potential cost and likelihood of facing tunnel warfare in contemporary conflicts mean that preparing, training, and equipping them for the unique challenges of subterranean spaces cannot wait. 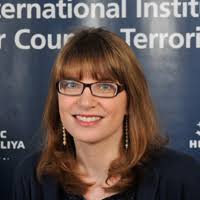 Dr. Daphné Richemond-Barak is Assistant Professor at the Lauder School of Government, Strategy and Diplomacy and Senior Researcher at the International Institute for Counter-Terrorism (IDC Herzliya). She is the author of Underground Warfare, published by Oxford University Press.

John Spencer serves as a senior scholar with the Modern War Institute and Co-Director of the Urban Warfare Project. He is a retired Army major who served 25 years as an infantryman, including two combat deployments to Iraq. Follow him at @SpencerGuard.